BASIC CONCEPTS IN BUDGETING 1. What is a fund? The word "fund" in government has taken several meanings or connotations. Itis sometimes used to refer an appropriation which is a legislative authorization to spend or an allotment which is an authorization by the Department of Budget and Management (DBM) to obligate, or as actual cash available. 2. What basis law governs the use of government funds? The following provision of the Philippines Constitution sets the BASIC rule for the use of government funds: "Art. VI, Sec. 29. No money shall be paid by the Treasury except in pursuance of an appropriation made by law.

BASIC CONCEPTS IN BUDGETING 1. What is a fund? The word "fund" in government has taken several meanings or connotations. It is sometimes used to refer an appropriation which is a legislative authorization to spend or an allotment which is an authorization by the Department of Budget and Management (DBM) to obligate, or as actual cash available. 2.

1 BASIC CONCEPTS IN BUDGETING 1. What is a fund? The word "fund" in government has taken several meanings or connotations. Itis sometimes used to refer an appropriation which is a legislative authorization to spend or an allotment which is an authorization by the Department of Budget and Management (DBM) to obligate, or as actual cash available. 2. What basis law governs the use of government funds? The following provision of the Philippines Constitution sets the BASIC rule for the use of government funds: "Art. VI, Sec. 29. No money shall be paid by the Treasury except in pursuance of an appropriation made by law.

2 " The aforequoted provision of the Constitution also establishes the need for all government entities to undergo the BUDGETING process to secure funds for use in carrying out their mandated functions, programs and activities. 3. How are government funds appropriated? Funds for the use of government entities are appropriated or authorized following a process with the following major steps : 1) individual agencies prepare their estimates of expenditures or proposed budgets for the succeeding year and submit these estimates or proposals contained in requiredbudget forms to the DBM following baseline figures, guidelines and timetable earlier set; 2) agencies justify details of their proposed budgets before DBM technical review panels; 3) DBM reviews and consolidates proposed budgets of all agencies for inclusion in the President's proposed Budget for submission to Congress.

4 Section 22, Article VII of the Constitution states that: "The President shall submit to the Congress within 30 days from the opening of every regular session, as the basis of the general appropriation bill (GAB), a Budget of expenditures and sources of financing including receipts from existing and proposed revenue measures." 5. What is the expenditure program? The expenditure program is that portion of the national Budget that refers to the current operating expenditures and capital outlays necessary for the operation of the programs, projects and activities of the various government departments and agencies. 6. What is the financing program?

5 The financing program includes the projected revenues from both existing and new measures, the planned borrowings to finance budgetary transactions and the payment of debt principal failing due. 7. What is referred to by the term "national government Budget "? The National Government Budget (also known simply as the Budget ) refers to the totality of the budgets of various departments of the national government including the NG support to Local Government Units (LGUs) and Government-Owned and Controlled Corporations (GOCCs). It is what the national government plans to spend for its programs and projects, and the sources of what it projects to have as funds, either from revenues or from borrowings with which to finance such expenditures.

6 8. On what is the national government Budget spent? The national Budget is allocated for the implementation of various government programs and projects, the operation of government offices, payment of salaries of government employees, and payment of public debts. These expenditures are classified by expense class, sector and implementing unit of government. 9. Why does the government prepare a new Budget every year? The preparation of the government's Budget every year is in accordance with the provision of the Constitution which requires the President to submit a Budget of expenditure and sources of financing within 30 days from the opening of every regular session of Congress.

7 The yearly preparation of the Budget is also in consonance with the principle which requires all government spendings to be justified anew each year. This principle ensures that government entities continuously evaluate and review the allocation of resources to project/activities for cost efficiency and effectiveness. 10. What are the sources of appropriations that make up the annual Budget ? The sources of appropriations of the annual Budget are: 1) new general appropriations legislated by Congress for every Budget year under the General Appropriations Act (GAA); and 2) existing appropriations previously authorized by Congress. Under the Constitution, Article VI, Section 29, no money can be withdrawn from the Treasury except in pursuance of an appropriation made by law.

9 6657 and Republic Act 8532 which set funds specifically for the Agrarian Reform Program (ARP). Currently, appropriations for capital outlays and maintenance and other operating expenses are considered as continuing appropriations but only for a period of 2 years. Automatic appropriations, on the other hand, refer to appropriations programmed annually or for some other period prescribed by law, by virtue of outstanding legislation which does now require periodic action by Congress. Falling under this category are expenditures authorized under Presidential Decree (PD) 1967, RA 4860 and RA 245, as amended, for the servicing of domestic and foreign debts, Commonwealth Act 186 and RA 660, for the retirement and insurance premiums of government employees, PD 1177 and Executive Order 292, for net lending to government corporations, and PD 1234, for various special accounts and funds. 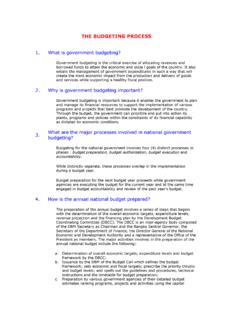 THE BUDGETING PROCESS - Department of Budget …

REPUBLIC OF THE PHILIPPINES DEPARTMENT OF BUDGET … 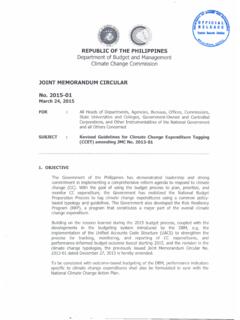 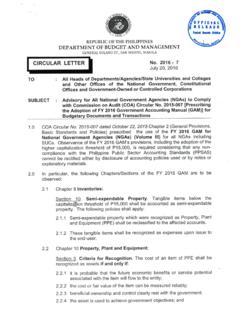 c) Section 2(1), Article IX-D (Commission on Audit) of the 1987 Constitution, which provides that “where the internal control system of the audited agencies is inadequate, the Commission may adopt such measures, including temporary or special pre-audit, as are necessary and appropriate to correct the deficiencies.” d) Section 1, Chapter 1 ... 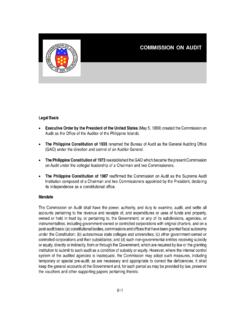 Overview of the Position Classification and Compensation ...

30% of the difference between the minimum rate of the salary range of the position and the actual salary of the incumbent. The second and third adjustments which were both 35% of the said difference were granted on July 1, 1960 and July 1, 1961, respectively. From 1959 to the middle part of 1976, the concepts and

provinces, cities and municipalities. 2.0 THE BUDGET OPERATIONS MANUAL FOR LOCAL GOVERNMENT UNITS, 2016 EDITION 2.1 The BOM for LGUs, 2016 Edition, is issued by the Department of Budget and Management (DBM) to improve and systematize methods, techniques, and procedures employed in the 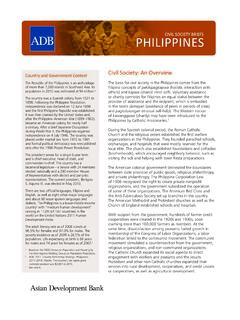 The Republic of the Philippines is an archipelago of more than 7,000 islands in Southeast Asia. Its population in 2010 was estimated at 94 million.a The country was a Spanish colony from 1521 to 1898. Following the Philippine Revolution, ... budgeting and further expanded CSO engagement in ... 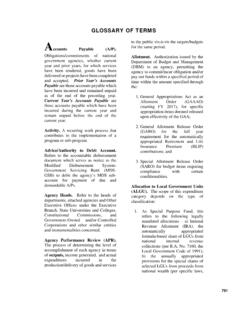 of the Government of the Philippines (GOP). The system will be used to collect and organize government financial information through a central database ... budgeting, when revenues and disbursements are equal, the budget is balanced. A budget … 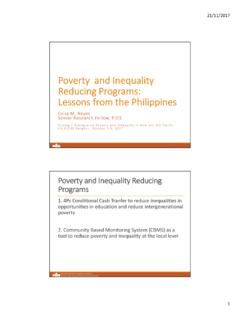 budgeting; lodged at the planning units of local government units Census of all households in the community Uses mobile-based technology to collect data and GIS to present spatial disparities ... Philippines, by major ethnic group, 2010 Philippine Institute for Development Studies

THE STUDY ON FLOOD CONTROL PROJECT … 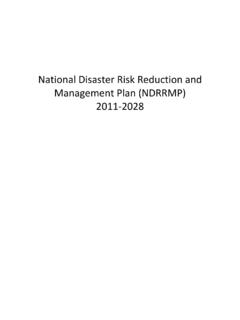 policy formulation, socio-econoimc development planning, budgeting and governance, particularly in the area of environment, agriculture, water, energy, health, education, poverty reduction, land-use and urban planning and public infrastructure and housing, among others. This is achieved through activities such as development of common tools to ... 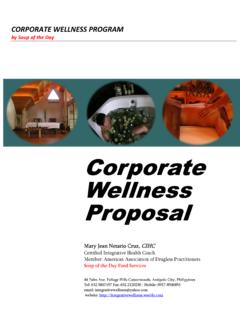 Planning, Budgeting and Final Corporate Wellness Program Approval 3 Email us at integrativewellness@yahoo.com 3 Payable upon acceptance of Proposal • 2nd Fold – Co-Implementation Management 3 For evaluation depending on the requirement, number of employees, activities, consultant’s man hours 3 Fifty Percent (50%) down payment upon ... 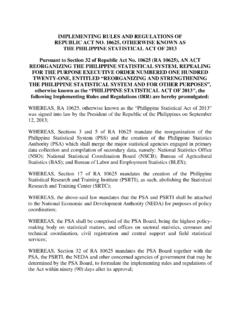 In the Philippines, the CRVSS is mandated under Act 3753, the Law on Registry of Civil Status, which the PSA is mandated to carry out its provisions. d) System of Designated Statistics The system of designated statistics is a mechanism that identifies and generates the most critical and essential statistics required for social and economic

Philippine, In the philippines

accounting and budgeting functions, and cashiering functions respectively. 2) The IUs with agency codes are authorized to open MDS Sub-Accounts in authorized government depository banks and the cash allocations are directly issued by the DBM to their respective Sub-Accounts. 2.1. The IUs are required to maintain sets of books of accounts, while ...

ROLES OF COMMUNITY AND COMMUNAL LAW IN DISASTER …

The Philippines recognizes the role of barangays (or “villages”in English) in disaster management. In fact, its new law on disaster risk reduction, i.e., Republic Act No. 10121 (RA 10121) or the ''Philippine Disaster Risk Reduction and Management Act of 2010, ”establishes