2 A model based system is more robust towards changes in system parameters and environmental changes. A model based system may also stay on position for a short time (5-15 minutes, depending on environmental conditions) even after loosing all of it's reference systems. The best and safest system to use is the model based system and the way this is done by Kongsberg Simrad is described in the following sections. BASICS of DP - Definition: A means of holding a vessel in relatively fixed position with respect to the ocean floor, without using anchors accomplished by two or more propulsive devices controlled by inputs from sonic instruments on the sea bottom and on the vessel, by gyrocompass, by satellite navigation or by other means.. BASICS of DP (model based systems).

3 The Simrad Dynamic positioning (SDP) systems are computerised systems enabling the automatic position and heading control of a vessel. Set-points for heading and position are specified by the operator and are then processed by the SDP. system to provide control signals to the vessel's thruster and main propeller systems. The SDP system always allocates optimum thrust to whichever propeller units are in use. To control the vessel's heading, the SDP system uses data from one or more gyrocompasses, while at least one position-reference system (for example, GPS, microwave, hydro-acoustic, laser beam or taut wire) enables the SDP system to position the vessel. Deviations from the desired heading or position are automatically detected and appropriate adjustments are made by the system.

4 DP conference , Houston October 13-14, 1998 Page 1. Session Index Jon Holvik, Kongsberg Simrad BASICS of DP BASICS of DP. Basic Forces and Motions A seagoing vessel is subjected to forces from wind, waves and currents as well as from forces generated by the propulsion system. The vessel's response to these forces, its changes in position, heading and speed, is measured by the position-reference systems, the gyrocompass and the vertical reference sensors. Wind speed and direction are measured by the wind sensors. The system calculates the deviation between the measured (actual) position of the vessel and the required position, and then calculates the forces that the thrusters must produce in order to make the deviation as small as possible. In addition, the system calculates the forces of wind, wave and water current which act upon the vessel and the thrust required to counteract them.

6 The Mathematical Model The model is a mathematical description of how the vessel reacts or moves as a function of the forces acting upon it. The model is a hydrodynamic description, it involves the vessel's characteristics such as mass and drag. The design criterion for the model is an as accurate as possible description of the vessel's motions and reaction to any external forces. The mathematical model is affected by the same forces as the vessel itself. Wind forces are calculated as a function of measured wind speed and direction, while thruster forces are calculated as a function of thruster/propeller pitch/rpm and direction. The system incorporates algorithms for the estimation of sea current and waves, and the forces caused by these. DP conference , Houston October 13-14, 1998 Page 3.

8 The vessel's heading and position are measured using the gyrocompasses and position-reference systems, and are used as the input data to the SDP system. This data is compared to the predicted or estimated data produced by the mathematical model, and the differences are calculated. These differences are then used to update the mathematical model to the actual situation. DP conference , Houston October 13-14, 1998 Page 4. Session Index Jon Holvik, Kongsberg Simrad BASICS of DP BASICS of DP. The vessel's mathematical model and the Kalman filtering technique provide the following advantages: Optimum noise filtering of heading and position measurements. Optimum combination of data from the different reference systems. The system calculates a variance for each position-reference system in use and places different weighting on their measurements according to each system's individual quality (accuracy, stability, repeatability).

9 Further information about the calculated variance and weighting can be found in the Reference System and Sensor Data Processing section. In the absence of position or heading measurements, the model provides an accurate "dead-reckoning" mode. This means that the system is able to perform accurate positioning for several minutes without position updates from any position-reference systems. The Optimum Controller The purpose of the optimum controller is to calculate the force which is to be exerted by the thrusters/propellers in order to keep the vessel at the required position or on the desired track. The result of this calculation is referred to as the force demand and consists of the following parts: Excursion Feedback Wind Feed Forward Current Feedback These are described in the following sections.

10 It is also possible for an operator to use the SDP system's joystick and rotate controller to manually control the force exerted by the thrusters/propellers. Excursion Feedback Set-points for the heading and position, specified by the operator of the SDP system, are entered into the optimum controller. The differences between these set-points and the filtered position data, and the differences between required and actual speeds, are then calculated. These differences are multiplied by gain factors and the result is the force demand required to bring the vessel back to the wanted position and heading while also slowing down its movements. This force demand consists of the following two parts: Restoring demand which is proportional to the deviation between the actual and required position and heading.

Telecommunications Glossary/4 Answerback: The response of a terminal to remote control signals. Antenna (dish) The device that sends and/or receives signals (electromagnetic) from the satellite.: 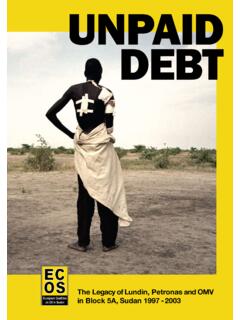 The Legacy of Lundin, Petronas and OMV in Block …

Petronas, Legacy, The legacy of lundin, Lundin, Petronas and

From February 2003 QST © ARRL By Steve Ford, WB8IMY V oice Over Internet Protocol, bet- ter known as VoIP, is not new. People have been enjoying voice