By Neil Bendle and Philip ChenBehavioural Economics for KidsiThe aim of this book is to illustrate what we already behave in predictable ways that don t always reflect the ideal behaviour that social scientists like to theorize about. On the negative side sometimes our choices are short-sighted, inco-herent, self-destructive or even malicious. On a more positive note, sometimes we are more sociable than might be predicted by a traditional economic view of decision making. Furthermore most of us seem to do a surprisingly good job of coping with a ridiculously complex behaviours that violate various social scientists ideals can be seen even amongst children. Indeed this little book starts from the premise that while adults do grow up a little we all re-main big kids .

i The aim of this book is to illustrate what we already know. People behave in predictable ways that don’t always reﬂect the ideal behaviour that …

1 By Neil Bendle and Philip ChenBehavioural Economics for KidsiThe aim of this book is to illustrate what we already behave in predictable ways that don t always reflect the ideal behaviour that social scientists like to theorize about. On the negative side sometimes our choices are short-sighted, inco-herent, self-destructive or even malicious. On a more positive note, sometimes we are more sociable than might be predicted by a traditional economic view of decision making. Furthermore most of us seem to do a surprisingly good job of coping with a ridiculously complex behaviours that violate various social scientists ideals can be seen even amongst children. Indeed this little book starts from the premise that while adults do grow up a little we all re-main big kids .

2 The actions that we see our children doing can help to explain our own behaviour. Of course we could do a dense tome with lots of footnotes, pompous words and caveats but we figure that like kids most of us prefer it when pictures ex-plain the the following pages we detail some of the most significant ele-ments of modern Behavioural research. This should be of inter-est to students, teachers, researchers and even children who want to know why their sister always wants the last M&M. This is Behavioural Economics for kids . Behavioural Economics for Kids1 The Endowment EffectThe Endowment Effect The doll we own has more value to us than a stack of identical dolls. People are willing to pay less to buy some-thing they don t own than they are willing to accept payment for an identical item they own.

3 Possessing something makes it more are harder to make than implied by traditional Economics . This is because where we start from in any trade matters to the : Jack Knetsch (1989), The Endowment Effect and Evidence of Non-reversible Indifference Curves, The American economic Review, 79 (5), Cost BiasSunk Cost Bias Past losses matter when deciding whether to commit to one more heave. People consider sunk costs. Sunk costs are irrecoverable whatever option is cho-sen. They are therefore irrelevant to the decision at pour good money after bad , fight on in wars they should abandon and dou-ble down on failing projects. Prior invest-ments drive people s new investments not just the predicted results of the : Barry Staw and Ha Hoang (1995) Sunk Costs In The NBA: Why Draft Order Affects Playing Time And Survival In Professional Basketball, Administrative Science Quarterly, (40)3, 474-49453 Hyperbolic DiscountingHyperbolic Discounting A marshmallow in the hand is worth two promised later When offered a cookie today or two cook-ies tomorrow waiting seems intolerable and we eat today.

4 When offered one cookie in 365 days or two in 366 days the wait seems easy and we say we will more heavily discount the immedi-ate than distant future. The implications go well beyond dieting. Such inconsistency threatens much of social science. It sug-gests what we want depends upon when you ask : Stefano Della Vigna and Ulrike Malmendier, (2006), Paying Not To Go To The Gym, The American economic Review, 96 (3), 694-71974 Reference DependenceReference Dependence That you already have an ice cream doesn t matter. What matters is the addi-tional sprinkles you must have. We evaluate offerings not on an absolute scale but relative to what we already have (or were expecting).We acclimatize to our current state. What was once a wonderful feature of a product becomes something boring consumers simply : Amos Tversky and Daniel Kahneman, (1991), Loss Aversion in Riskless Choice: A Reference-Dependent Model, The Quarterly Journal of Economics , 106 (4), November95 FramingFraming I prefer mummy sharing the bad news about bedtime strategically.

5 The person being communicated with can perceive the same information as different depending upon how the information is choice of communication strategy matters to the decision that will be made. Losses are not the mirror image of : Amos Tversky and Daniel Kahneman, (1981), The Framing Of De-cision And The Psychology Of Choice, Science, 211, 418, January 30116 TrustTrust She is surprisingly trustworthy but be-ware some leaps of faith. Your sister, friend or even a random stranger is often much more trustworthy than economists assume. Assumptions of rampant opportunism are too simplistic. Trust, if clearly defined, may be a useful concept in economic analysis. (That said we don t want to be too panglos-sian. Sometimes trust isn t a good idea es-pecially if the person isn t capable of help-ing you even if they want to).

6 Read: Joyce Berg, John Dickhaut and Kevin McCabe, (1995), Trust, Reciprocity, and Social History, Games and economic Behavior, 10 (1), 122 142137 FairnessFairness Being fair matters but who wouldn t take the leftover chocolate egg? We free-ride in social situations but also show evidence of wanting to stop behav-iour that is perceived as unfair. To this end we may seek to punish those who behav-ior is perceived as don t seem to be merely profit maximizers but have social preferences. They care at least somewhat about : Ernst Fehr and Klaus M. Schmidt, (1999), A Theory Of Fairness, Competition, And Cooperation, The Quarterly Journal of Economics , (114) 3, 817-868158 Loss AversionLoss Aversion The chocolate you lost can never be re-placed. Surely $10 is $10? We know differently.

7 If you lose $10 and win the same amount you may be unhappy. If only I had been more careful and not lost the money .This basic effect underlies a number of findings. It creates messy asymmetries in economic models. It has been suggested as the reason for the relative expensive-ness of safe investments. (You effectively pay not to experience the pain of losses which comes with volatile stocks).Read: Shlomo Benartzi and Richard Thaler, (1995) Myopic Loss Aver-sion and the Equity Premium Puzzle, The Quarterly Journal of Econom-ics 110 (1)179 Mental AccountingMental Accounting Ice-cream money is very different from money for doll s clothes We don t perceive money as totally fungi-ble. How we label income and expenditure matters. Money received as a windfall, a bonus, is more likely to be spent on treating oneself than ordinary salary.

8 People don t maximize their utility across dimensions but hold themselves to budg-ets in different : Richard Thaler, (1985), Mental Accounting and Consumer Choice, Marketing Science, 4 (Summer), Taking one chocolate isn t cheating. We like to think of ourselves as honest but can be surprisingly inventive in deciding what constitutes you want to reduce dishonesty don t just focus on increasing punishments. Struc-ture the decisions to reduce people s abil-ity to be dishonest without feeling bad about their : Nina Mazar, Om Amir and Dan Ariely, (2008), The Dishonesty of Honest People: A Theory of Self-Concept Maintenance, Journal of Mar-keting Research, (45) 6, Rate NeglectBase Rate Neglect She looks like a princess not a doctor. When judging probabilities we often ig-nore frequencies and concentrate on ap-pearance cues.

9 The tiny number of prin-cesses in the world means even the posh-est woman you meet is unlikely to be one, especially if she is going into a hospital benefit make mistakes in judging probabili-ties. This has quite scary implications for medical decision making and witness testi-mony in : Amos Tversky and Daniel Kahneman, (1974), Judgment Under Uncertainty: Heuristics And Biases, Science, 185 (4157), OrientationCompetitor Orientation Its not about how many toys I have. It is about having more toys than my sister Beating others is sometimes a goal in it-self. I don t care as much about what I get as I care about getting more than some-one conflicts with the economic view of a decision maker as profit maximizing. The competitively orientated person prefers earning $100 while another person earns $0, to earning $200 when the other per-son gets $300.

10 Relative success : J. Scott Armstrong and Fred Collopy, (1996) Competitor Orienta-tion: Effects Of Objectives And Information on Managerial Decisions And Profitability, Journal of Marketing Research 33 (2) 188-1992513 Overweighting of Small ProbabilitiesOverweighting of Small Probabilities One in a million approximately equals one in a hundred. People exhibit problems understanding the difference between unlikely and practi-cally impossible. That this young girl will become a doctor is merely unlikely, that she will become the next Hannah Mon-tana practically tickets are bought despite fact there is no reasonable chance it could be you . Daniel Kahneman and Amos Tversky (1979), Prospect Theory: An Analy-sis of Decision Under Risk, Econometrica, 47, Nothing is impossible to a big girl. 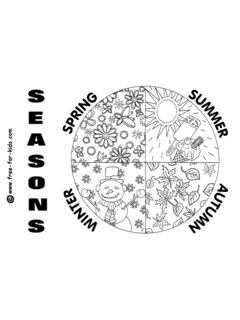 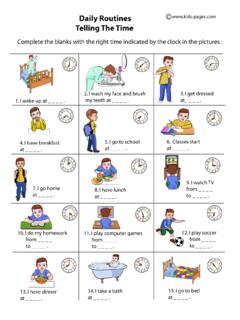 Daily Routines Telling The Time @www.kids-pages.com Complete the blanks with the right time indicated by the clock in the pictures : 1.1 wake up at 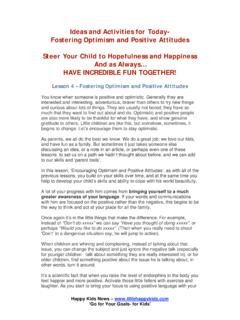 Happy Kids News – www.4lifehappykids.com ‘Go for Your Goals- for Kids’ Ideas and Activities for Today- Fostering Optimism and Positive Attitudes 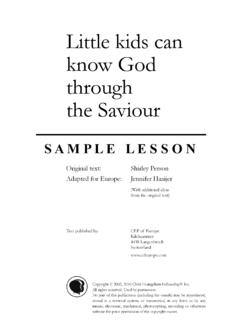 Little kids can know God through the Saviour

Know, Through, Kids, Saviour, Kids can know god through the saviour

Lesson Plans and Activities - The Energy Bus for Kids 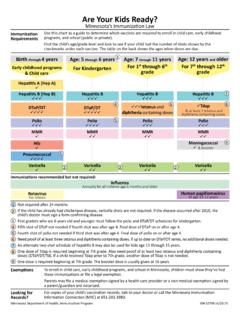 Are Your Kids Ready? - health.state.mn.us

Are Your Kids Ready? Minnesota’s Immunization Law. Immunization . Requirements. Use this chart as a guide to determine which vaccines are required to …