2 2. To analyze similar and competitor states for tax abatements, income tax credits, property tax credits, and other recruitment based incentive programs 3. To discover how current Oregon incentive programs helped attract companies to the State 4. To identify opportunities and recommendations for current incentive programs Overview of Incentives as a Business Attraction Tool When it comes to attracting new Business investment, Incentives help states and communities to compete in corporate location decision-making by enticing companies to locate new facilities or encouraging existing companies to expand and not move operations elsewhere. In addition, Incentives are a way for states and communities to help level the playing field when variable operating costs, such as labor and utilities, are at a penalty for a particular operation compared to competitor locations. Types of Incentives include: Tax credits, including refundable ones, or those that can be transferred or sold; such credits may be used against income, withholding and/or other tax liabilities Rebates of taxes already paid returned to the company as cash or credit Property tax abatements on real or on real & personal property, the latter of which may not be taxed in some states at least if used in manufacturing Because property taxes are a required, predictable expense, which becomes increasingly substantial with more capital-intensive projects, their abatement can deliver a more bankable, upfront return Discretionary funds that provide jurisdictions with more incentive flexibility Other tax reductions such as reduced rates for city property taxes, utility taxes, etc.

3 Low interest loans for capital investent with interest rates less than market value Grants, like the Governor's Strategic Reserve Fund (SRF) in Oregon Grants can be the most attractive for Business as nothing beats cash, although tax benefits can also have particular advantages for some firms or situations Grants also provide greater discretion to public bodies compared to tax break programs, which for legal and administrative reasons typically need to operate under more automatic or statutory parameters and processes February 15, 2010. Page 2. Benchmarking Oregon State Business Incentives Credits against income taxes These frequently have little or problematic worth, because firms will not have sufficient near- term tax liability to realize much benefit BETC transferability offers one alternative to overcome this challenge and improve the credit's cash-like return other ways to effect grant or cash-like equivalency with tax credits is to make them refundable or convertible into rebates Credits applicable against State withholding taxes These may likewise offer strong (but payroll-based) benefit due to the size and regularity of such tax payments, allowing the firm to more readily realize the face value of the credit Other incentive methods may involve local programs, training assistance and other discretionary funds February 15, 2010.

4 Page 3. Benchmarking Oregon State Business Incentives Section 1 - Program Assessment: Where are we now? The first step in the analysis was to conduct an in-depth assessment of Oregon's existing State programs used to incentivize Business development (notably SIP, BETC, and Enterprise Zones) and to validate these programs. It is important that the State receive adequate return on their investments they make in companies to ensure the return is relative to the investment. This section summarizes Oregon's major State incentive programs, provides general comments about each program, as well as comments on programs from confidential interviews conducted with selected program recipients. Oregon's Major State Incentive Programs Oregon's major State incentive programs and the programs in which this study centered around include the following: Strategic Investment Program (SIP) - exempts a portion of large capital investments from property taxes available for massive capital expenditures, which are very high relative to the number of (typically high-wage) jobs Business Energy Tax Credit (BETC) - Available to those who invest in energy conservation, recycling, renewable energy resources and less-polluting transportation fuels, as well as for manufacturing Standard Enterprise Zones (EZ) - 59 zones in the State can all offer eligible firms at least 3 and up to 5 years of exemption on new property Long-term Enterprise Zones (EZ) - Most of 48 rural enterprise zones can offer 7 15 years of exemption from property taxes Other programs that were not the primary focus of this study, but are relative State incentive programs include.

5 Strategic Reserve Fund (SRF) - Discretionary grant funds that are set up as a loan that is not paid back if commitments are satisfied. (Interest rate is 5% if not forgiven) Funding: 2007-09 =. $7,425,000, 2009-11 = $5,914,187. SRF may yet experience reductions in the ongoing February 2010 legislative session. The SRF is relatively small compared to discretionary grant resources that exist in some other states . Since 2007, prevailing wage rate [PWR] requirements apply if the total public grants and loans are $750,000 or greater. Oregon Investment Advantage (OIA) - The exemption is a 10-year waiver of all income and excise taxes relating to qualifying Business operations. The program is oriented to rural/lagging areas of State , with increasing use for various situations. The number of eligible counties [all in rural Oregon]. shrinks drastically after 2010. February 15, 2010.

6 Page 4. Benchmarking Oregon State Business Incentives SIP - General Comments Shown to be successful in the attraction of new industry and the expansion of existing industries involving huge capital outlays In effect, caps the property taxes on major investment at either $25 (rural) or $100 million (urban). Provides the local community with alternative additional funding, with statutorily defined community service fee . Only has a handful of users, with eligible projects since 1995 averaging less than two a year, even as more than half comprise relatively recent wind-energy developments Program works as a function of county/local efforts, such that the county can negotiate any number of conditions in their agreements with Business , and the emphasis has been on the firm's making special payments Often, return-on-investment analyses demonstrating favorable results have preceded projects Business Oregon is charged with collecting data annually from businesses starting in 2011.

7 BETC Manufacturing - General Comments Manufacturing projects, as allowed since 2007, comprise several facilities that produce exclusively solar/photovoltaic (PV) components Starting in 2007, manufacturing piece was grafted onto a program traditionally oriented toward energy policy and the subsidization of conservation efforts and alternative sources, not necessarily the incentivizing of Business development in comparison with competitor locations Already represents an innovative, major incentive for qualifying Clean Tech industries for manufacturing equipment or materials exclusively for renewable energy use Exceptionally useful program in successfully competing for current industry opportunities that other states are aggressively courting, as well The incentive focus is on investment dollars, in a way that does not generally adjust or expand with the overall size of the capital outlay, or to the jobs or payroll created; some businesses (attempt to).

8 Obtain multiple certificates for up to $40 million in certified project costs Pass-through option provides critical grant-like liquidity; presently, this and other program elements are in flux, raising uncertainties about effective salability of credits Has taken a real hit in the press in terms of traditional subsidy role for conservation and alternative sources relative to sudden growth in the size of wind-generation projects and other new issues Since 2008, for manufacturing, statutorily based standards are incorporated and subject to retroactive enforcement under contracts with developers officiated through Business Oregon February 15, 2010. Page 5. Benchmarking Oregon State Business Incentives Program is subject to sunset by 2012 in a way that now deters major manufacturing proposals;. February 2010 legislation may address this Standard EZ General Comments Is widely used and is a successful program for many types of projects, both large and small Benefit relates direct to the size of investment, but in an upfront way by abating new property taxes for three to five years Driven by the local community, for which it is often their only tool available to incentivize Business to expand or locate Because it is driven locally, program lacks consistency across the State in terms of communication, administration, and how the incentive is marketed and presented.

9 Also, the local discretion with some program elements creates inconsistency with the size and availability of the tax benefit Local, de-centralized nature and administrative resources create challenges for statewide tracking and monitoring, even as annual filing and enforcement mechanisms generate source of data Local role provides for local ownership and cooperation among entities and with the State , and minimizes the staffing resources needed at the State level Serving hundreds of businesses in widely varying sizes throughout State Size of the tax benefit varies exponentially according to the size of capital investment in property; by law it is retroactively enforceable but only during benefit period Sunsets in 2013. Long-term EZ General Comments Particularly supports rural communities in securing major opportunities with highly competitive property tax abatement on new facility investment Requires minimum levels for investment size, job creation and employee compensation, which are retroactively enforceable for the entire 7 15-year period of property tax abatement Driven by the local community in the form of city, port and county sponsors of most rural designations Inconsistently offered by local sponsors, and not necessarily aggressively marketed, across the State Possesses no established mechanisms for tracking and monitoring; verification and data collection currently handled through local, ad hoc means, which may have sufficed so far with only a mere handful of users, but administrative efforts are called for going forward February 15, 2010. 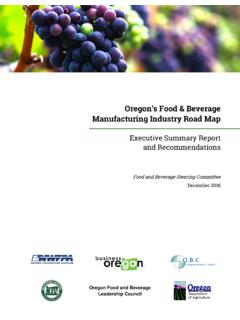 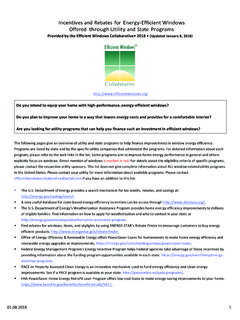 Incentives and Rebates for Energy-Efficient … 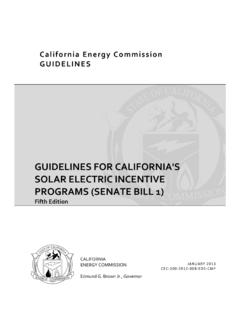 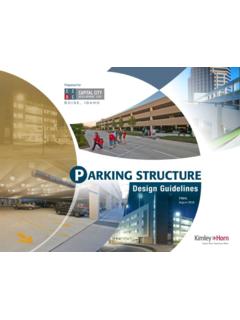 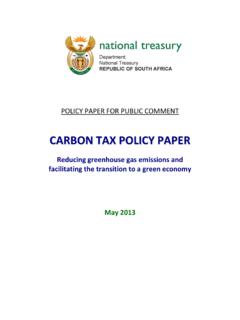