-1- Beyond Porter A Critique of the Critique of Porter The writings of the American management- tools: digitalization, globalization, and guru and Harvard-Professor Michael E- Porter deregulation. are considered to be among the most influential of their subject and among the Digitalization: As power of information most critiqued ones. Porter had a lasting technology grows, all players in a market will influence on strategic management with his have access to far more information. Thus, books about competitive advantages on totally new business models will emerge in industry level and on global level, which were which even players from outside the industry written in the eighties. Porter 's models like the are able to vastly change the basis of Five Competitive Forces, the Value Chain or competition in a market.

Report, Beyond, Critique, Beyond porter a critique of

1 -1- Beyond Porter A Critique of the Critique of Porter The writings of the American management- tools: digitalization, globalization, and guru and Harvard-Professor Michael E- Porter deregulation. are considered to be among the most influential of their subject and among the Digitalization: As power of information most critiqued ones. Porter had a lasting technology grows, all players in a market will influence on strategic management with his have access to far more information. Thus, books about competitive advantages on totally new business models will emerge in industry level and on global level, which were which even players from outside the industry written in the eighties. Porter 's models like the are able to vastly change the basis of Five Competitive Forces, the Value Chain or competition in a market.

2 Downes gives the Porters Diamond have become standard example of the rise of electronic shopping equipment of the manager's toolbox. malls, operated for instance by telecom operators or credit card organizations. Those Porter 's ideas became more and more subject who use the Five Forces Model and who base of Critique under the impression of the their thinking on today's industry structure developing Internet economy during the last would never see these changes coming in decade. Critics point out that economic time. conditions have changed fundamentally since that time. The rise of the Internet and of Globalization: Improvements in distribution various e-business applications has strongly logistics and communications have allowed influenced nearly all industries. nearly all businesses to buy, sell and cooperate on a global level.

3 Customers, In fact, Porters theories base on the economic meanwhile, have the chance to shop around situation in the eighties. This period was and compare prices globally. In the result, characterized by strong competition, cyclical even locally orientated mid-sized companies developments and relatively stable market find themselves in a global market, even if they structures. Porter 's models focus on the do not export or import themselves. analysis of the actual situation (customers, One can add here, that global and networked suppliers, competitors etc) and on predictable markets impose new requirements on developments (new entrants, substitutes etc). organizations' strategies. It is not enough any Competitive advantages develop from more to position oneself as a price-leader or strengthening the own position within this Five- quality-leader (like Porter suggests in his Forces-Framework.)

4 Hence, these models Generic Strategies model). Rather competitive cannot explain or analyze today's dynamic advantages emerge now from the ability to changes that have the power to transform develop lasting relationships to more mobile whole industries. costumers and to manage far-reaching networks of partners for mutual advantage. Downes' Three new Forces Deregulation: The past decade has seen a Larry Downes, co-author of Unleashing the dramatic shrinking of government influence in Killer App: Digital Strategies for Market many industries like airline, communications, Dominance states in his article Beyond utilities and banking in the and in Europe. Porter that these assumptions are no longer Fuelled by the new opportunities of information viable. He identifies three new forces that technology, organizations in these industries require a new strategic framework and a set of were able and forced to completely restructure very different analytic and business design their businesses and to look out for alternatives.

5 Dagmar Recklies, June 2001. Recklies Management Project GmbH Tel. ++49/391/5975930 Fax ++49/721/151235542 mail: -2- However, if one wishes to conclude that Downes summarizes that the role of Porters models are not useful any longer for information technology is the foremost strategy development, he should bear in mind difference between strategy what he calls the that a good strategy should never base on just Porter world' and in the new world of the new a few selected models. Even in the eighties, it forces. The old economy used IT as a tool for was not advisable to build a strategy on implementing change. Today technology had nothing but Porters models. Every strategy become the most important driver for change. should base on a careful analysis of all internal and external factors and on their potential future development.

6 This is no new insight. Critique Is Porter Still Viable? Moreover, the latest shift from dot-com-hype to Downes' arguments are convincing. In fact, dot-com-crashes has given evidence that the digitalization, globalization and deregulation basic laws of economics are viable for the new have become powerful forces during the last economy or information economy too. Exactly years, but Porter 's models rarely take them this economic insights are the basis for the into consideration. Today's markets are highly sustainability for Porters ideas. influenced by technological progress, especially in information technology. Michael E. Porter is an economist. His Five Therefore, it is not advisable if not to say Forces model is based on microeconomics. It impossible to develop a strategy solely on just describes them in a more understandable the basis of Porters models.

7 Way. Porter talks about the attractiveness of an Shapiro and Varian explain in their book industry that is influenced by the shape of five Information Rules that the economical laws forces. In economics, the constellation of that apply to products and services cannot be factors determines issues like profit simply transferred to the new category maximization or supernormal profits. information good. Production, marketing etc are different for products and services and, hence, are different for information too. Porters Five Forces Areas of Microeconomics Bargaining Power of Suppliers Supply and demand theory, cost and production theory, price elasticity Bargaining Power of Customers Supply and demand theory, customer behavior, price elasticity Rivalry between Existing Players Market structures, number of players, market size and growth rates Threat of Substitutes Substitution effects Threat of New Entrants Market entry barriers Industry attractiveness Profitability, supernormal profits Dagmar Recklies, June 2001.

8 Recklies Management Project GmbH Tel. ++49/391/5975930 Fax ++49/721/151235542 mail: -3- Nobody will question the viability of these laws. limited to achieving a better competitive position against other players. Now it is more A story for illustration: important to form co-operations for mutual In a lecture that the author attended, the tutor benefits. This can be ad hoc networks of presented his very personal judgment of partners, common standards, strategic Porters models: Porters Five Forces model is simple. It is alliances and much more in-between. nothing but microeconomics. This man had locked himself in a library for a few years, had In the result, Porters ideas have become just analyzed some companies and than he one tool from the manager's toolbox. This tool managed to summarize nearly the whole science of microeconomics in one single is no longer the only or the most important tool.

9 Simple model. That is the reason why all But it is not obsolete either. Rather it should be other economists hate him: they are envious used in company with new and traditional because they did not see something so management techniques in order to gain the obvious themselves.. this might be another explanation why there most comprehensive picture. is so much Critique of Porter . Downes Critique of Porter implies that Porters models focus too much on the economic Therefore despite all changes in industry conditions of their era of origin. Therefore, their dynamics and business models Porters ideas viability is limited under changed conditions. are not totally obsolete. Their underlying idea We need to add here that Downes new forces is that every business operates in a framework are derived from the economic conditions of of suppliers, buyers, competitors, new entrants their particular era too.

10 Within some years or and substitutes. This idea is valid in every decades, they will have lost some of their competition-based economy. Even today, importance because other developments have every organization in the old economy and in taken over the driving role. the new economy has to produce its goods The most sustainable of Downes new forces and services and to sell them by offering an will probably be digitalization. The good attractive bundle of value for money and information' will become more and more supporting services. Every online portal has to important for any economy. There will be more produce or to buy content, to present it, and to technological progress in information find buyers for its offerings be it visitors or technology that has the power to transform advertisers. 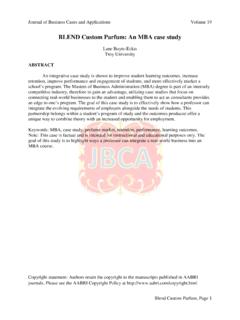 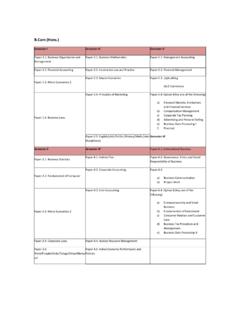 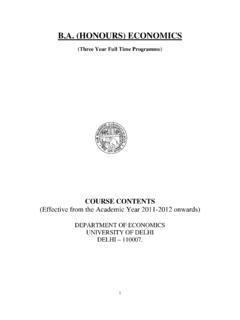 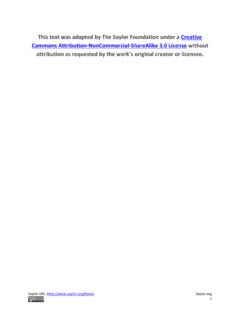 This text was adapted by The Saylor Foundation …

Saylor URL: http://www.saylor.org/books Saylor.org 3 Our applications-first approach leads to a fundamental reorganization of the textbook. 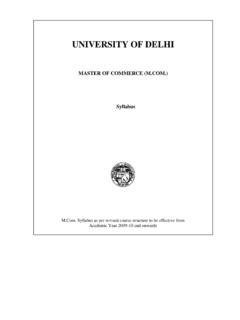