5/7/08 1:00 PM Page iii Blown to Bits your Life, Liberty, and Happiness After the Digital Explosion Hal Abelson Ken Ledeen Harry Lewis Upper Saddle River, NJ Boston Indianapolis San Francisco New York Toronto Montreal London Munich Paris Madrid Cape Town Sydney Tokyo Singapore Mexico City 5/7/08 1:00 PM Page iv Many of the designations used by manufacturers and sellers to distinguish their products are claimed as trademarks. Where those designations appear in this book, and the publisher was aware of a trademark claim, the designations have been printed with initial capital letters or in all capitals. The authors and publisher have taken care in the preparation of this book, but make no expressed or implied warranty of any kind and assume no responsibility for errors or omissions. No liability is assumed for incidental or consequential damages in connection with or arising out of the use of the information or programs contained herein.

1 5/7/08 1:00 PM Page iii Blown to Bits your Life, Liberty, and Happiness After the Digital Explosion Hal Abelson Ken Ledeen Harry Lewis Upper Saddle River, NJ Boston Indianapolis San Francisco New York Toronto Montreal London Munich Paris Madrid Cape Town Sydney Tokyo Singapore Mexico City 5/7/08 1:00 PM Page iv Many of the designations used by manufacturers and sellers to distinguish their products are claimed as trademarks. Where those designations appear in this book, and the publisher was aware of a trademark claim, the designations have been printed with initial capital letters or in all capitals. The authors and publisher have taken care in the preparation of this book, but make no expressed or implied warranty of any kind and assume no responsibility for errors or omissions. No liability is assumed for incidental or consequential damages in connection with or arising out of the use of the information or programs contained herein.

3 To view a copy of this license visit or send a letter to Creative Commons 171 Second Street, Suite 300, San Francisco, California, 94105, USA. For information regarding permissions, write to: Pearson Education, Inc. Rights and Contracts Department 501 Boylston Street, Suite 900. Boston, MA 02116. Fax (617) 671 3447. 11/21/08 10:32 AM Page v ISBN-13: 978-0-13-713559-2. ISBN-10: 0-13-713559-9. Text printed in the United States on recycled paper at RR Donnelley in Crawfordsville, Indiana. Third printing December 2008. This Book Is Safari Enabled The Safari Enabled icon on the cover of your favorite technology book means the book is available through Safari Bookshelf. When you buy this book, you get free access to the online edition for 45 days. Safari Bookshelf is an electronic reference library that lets you easily search thousands of technical books, find code samples, download chapters, and access technical information whenever and wherever you need it.

4 To gain 45-day Safari Enabled access to this book: Go to Complete the brief registration form Enter the coupon code 9SD6-IQLD-ZDNI-AGEC-AG6L. If you have difficulty registering on Safari Bookshelf or accessing the online edition, please e-mail Editor in Chief Indexer Mark Taub Erika Millen Acquisitions Editor Proofreader Greg Doench Williams Woods Publishing Services Development Editor Publishing Coordinator Michael Thurston Michelle Housley Managing Editor Interior Designer and Composition Gina Kanouse Nonie Ratcliff Senior Project Editor Cover Designer Kristy Hart Chuti Prasertsith Copy Editor Water Crest Publishing, Inc. 5/2/08 8:05 AM Page 195. CHAPTER 6. Balance Toppled Who Owns the Bits? Automated Crimes Automated Justice Tanya Andersen was home having dinner with her eight-year-old daughter in December 2005 when they were interrupted by a knock at the door. It was a legal process server, armed with a lawsuit from the Recording Industry Association of America (RIAA), a trade organization representing half a dozen music publishers that together control over 90% of music distribution in the The RIAA claimed that the Oregon single mother surviving on dis- ability payments owed them close to a million dollars for illegally download- ing 1,200 tracks of gangsta rap and other copyrighted music.

5 Andersen's run-in with the RIAA had begun nine months previously with a demand letter from a Los Angeles law firm. The letter stated that a num- ber of record companies had sued her for copyright infringement and that she could settle for $4,000 $5,000 or face the consequences. She suspected the letter was a scam, and protested to the RIAA that she had never down- loaded any music. Andersen repeatedly offered to let the record companies verify this for themselves by inspecting her computer's hard drive, but the RIAA refused the offers. At one point, an RIAA representative admitted to her that he believed she was probably innocent. But, he warned, once the RIAA. starts a lawsuit, they don't drop it, because doing so would encourage other people to defend themselves against the recording industry's claims. Andersen found a lawyer after the December lawsuit was served, and they convinced a judge to order an inspection of the hard drive.

6 The RIAA's own expert determined that Andersen's computer had never been used for illegal 195. 5/2/08 8:05 AM Page 196. 196 Blown TO BITS. downloading. But instead of dropping the suit, the RIAA increased the pres- sure on Andersen to settle. They demanded that their lawyers be allowed to take a deposition from Andersen's daughter, and even tried to reach the child directly by calling the apartment. An unknown woman phoned her elemen- tary school principal falsely claiming to be her grandmother and asking about the girl's attendance. RIAA lawyers contacted Andersen's friends and rela- tives, telling them that Andersen was a thief who collected violent, racist music. The pressure on the 41-year- A great deal of information about old Andersen, who suffered from a digital copyright issues can be painful illness and emotional prob- found at lems, forced her to abandon her hope org, a joint project of the of entering a back-to-work program.

7 Electronic Frontier Foundation and Instead, she sought additional psy- of several university law clinics. chiatric care. Finally, after two years, Andersen was able to file a motion for summary judgment, which required the RIAA to come to court with proof of their claims. When they could not produce proof, the case was dismissed. Andersen is currently suing the RIAA for fraud and malicious prosecution. 26,000 Lawsuits in Five Years The RIAA has filed more than 26,000 lawsuits against individuals for illegal downloading since 2003. The process begins when MediaSentry, RIAA's inves- tigative company, logs into a file-sharing network in search of computers hosting music for download. MediaSentry connects to these computers and scans them for music files. When it finds something suspicious, it sends the computer's IP address to the RIAA's Anti-Piracy group, together with a list of the files it found. RIAA staff members download and listen to a few of these to verify that they are in fact copyrighted songs.

8 Then they file a lawsuit against John Doe, the person who uses the computer at the offending IP. address. (See the Appendix for an explanation of IP addresses and other aspects of Internet structure.) With the lawsuit as a legal basis, they subpoena the computer's Internet Service Provider, forcing disclosure of the real name of the John Doe user at that IP address. The RIAA sends the user its demand letter, naming the songs that were verified and citing the total number of songs found as the basis for damages. The letter offers an opportunity to set- tle; the average settlement demand is about $4,000, non-negotiable. There's even a web site, , which users can visit to pay conveniently. It's an automated sort of justice for the digital age. But these are auto- mated sorts of crimes. File-sharing programs are commonly configured to start up and run automatically, exchanging files without human intervention.

9 5/2/08 8:05 AM Page 197. CHAPTER 6 BALANCE TOPPLED 197. The computer's owner may not even be aware that it has been configured to upload files in the background. It's also an error-prone form of justice. Matching names to IP addresses is unreliable several computers on the same wireless network might share the same IP address. An Internet Service Provider allocating IP addresses might shift them around, so that a computer with a particular IP address today might not be the same computer that was file sharing from that IP address last week. Even if it is the same computer, there's no way to prove who was using it at the time. And maybe there was a clerical error in reporting. The RIAA knows that the process is flawed, but given their stake in stop- ping downloading, they see no choice. Not only are they seeing their prod- ucts being distributed for free, but they themselves might be liable to lawsuits from artists for neglecting to protect the artists' copyrights.

10 Explains Amy Weiss, RIAA Senior Vice President for Communications, When you fish with a net, you sometimes are going to catch a few dolphin . But we also realize that this cybershoplifting needs to stop. Besides Andersen, other snared dolphin included a Georgia family that didn't own a computer, a paralyzed stroke victim in Florida sued for files downloaded in Michigan, and an 83-year-old West Virginia woman who hated computers and who, as it turned out, was deceased. The High Stakes for Infringement Error or not, most people choose to pay when they get the demand letter. The cost of settling is less than the legal fees for contesting, and the cost of losing the lawsuit is staggering: $750 A SONG. damages of at least $750 for each The minimum damages that the song downloaded. The 4,000-song court must award for infringement contents of a 20GB iPod would be is $750 per infringing act. In cases grounds for minimum damages of where the infringement can be $3 million a thousand times the shown to be willful, damages could cost of purchasing those songs on be as high as $150,000 per infringe- iTunes.

00_0137135599_FM.qxd 5/7/08 1:00 PM Page iii Many of the designations used by manufacturers and sellers to distinguish their products are claimed as trademarks. 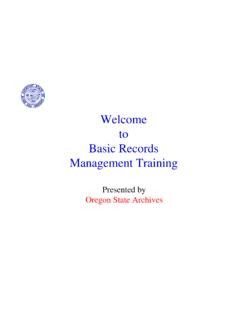 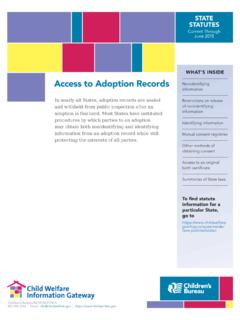 Access to Adoption Records https://www.childwelfare.gov 4. This material may be freely reproduced and distributed. However, when doing so, please credit Child Welfare … 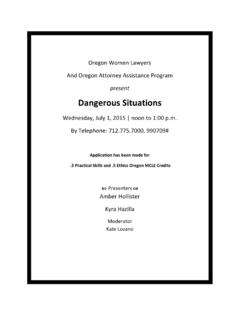 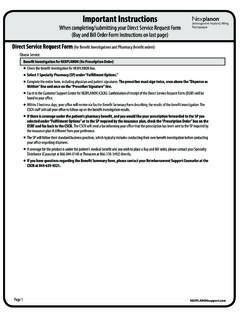 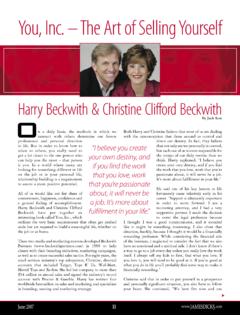 June 2007 11 You, Inc. – The Art of Selling Yourself Harry Beckwith & Christine Clifford Beckwith By Jack Lott n a daily basis, the methods in which we 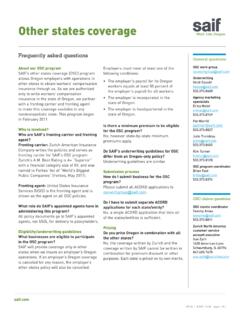 I certify that the above information is correct and complete and hereby authorize Residential Rental Group, LLC. to do a credit check and make any inquiries necessary