Born to two mothers , The hero Bhagiratha Female-Female Love and Miraculous Birth in Hindu Texts Ruth Vanita This essay examines some fourteenth-century sacred narratives of the hero Bhagiratha 's birth to two queens who are co-wives and who become lovers after they are widowed. Placing these stories in the context of pre-modern Indian notions of co-wifehood, same- sex sexual relations, same-sex co-parenting, and miraculous or monstrous conception by Gods and humans, the author asks how a relationship that may be perceived as abnormal and a child that may be perceived as illegitimate come to be written into sacred texts as divinely blessed and miraculous. Love, Sex Or Both? perceived as contributing to the cross-sex sexual love too evokes In our book Same-Sex Love in welfare of the community and thereby some anxiety in most cultures, India, which was a collection of to the glory of Most of Bray's including Indic cultures.

1 Born to two mothers , The hero Bhagiratha Female-Female Love and Miraculous Birth in Hindu Texts Ruth Vanita This essay examines some fourteenth-century sacred narratives of the hero Bhagiratha 's birth to two queens who are co-wives and who become lovers after they are widowed. Placing these stories in the context of pre-modern Indian notions of co-wifehood, same- sex sexual relations, same-sex co-parenting, and miraculous or monstrous conception by Gods and humans, the author asks how a relationship that may be perceived as abnormal and a child that may be perceived as illegitimate come to be written into sacred texts as divinely blessed and miraculous. Love, Sex Or Both? perceived as contributing to the cross-sex sexual love too evokes In our book Same-Sex Love in welfare of the community and thereby some anxiety in most cultures, India, which was a collection of to the glory of Most of Bray's including Indic cultures.

2 Translations from texts composed materials do not indicate whether or Cross-sex romantic relationships over a period of 2000 years in 15 not the loves thus celebrated had a in most Western countries expect and Indian languages, Saleem Kidwai sexual dimension. The European generally receive social approval, and I argued that to look only for Christian over-emphasis on the unless some other factor (such as evidence of sexual intercourse in Biblical injunction against sodomy class, race or age difference). representations of same-sex rendered impossible any public intervenes. Conversely, few romantic relationships in pre-modern texts celebration or even acknowledgment relationships received automatic is to overlook many of the of same-sex sexual relationships. social approval in pre-modern criteria, such as commitment and Some pre-modern Hindu texts, societies, whether European or Asian. exclusivity, which define love in however, operating within a distinctly A romantic relationship, whether cross-sex Same-sex different world-view, are able to cross-sex or same-sex, had to prove relationships are today often viewed accommodate same-sex sexual itself as good and worthy of social as being all about sex; love (and relationships within the norm of love, approval by being about more than marriage, with its emphasis on love) which pre-modern Christian texts are just sex.

3 Lovers had to demonstrate thus come to be reserved for cross- unable to do. This accommodation is that they loved not just each other sex relationships. In the title of our not entirely free from anxiety, but but also the greater good. In Christian book, Kidwai and I therefore terms, the good love had to be about deliberately used the word love both eros and agape. But in Christian rather than desire or sex, the texts only cross-sex relationships can words preferred by some include both love and sex; same-sex Historian Alan Bray has relationships can be good only if they demonstrated argues those same-sex are defined as love and friendship (mostly male) intimate relationships (amicitia). Same-sex sexual in medieval and Renaissance relationships are automatically Western Europe that were publicly outlawed; whether they are loving or celebrated in texts and funerary not becomes irrelevant. I claim that in monuments were embedded in other Hindu texts, same-sex relationships kinship relations and were also can sometimes be about both love and sex and yet be termed All illustrations in this article are by In the texts I examine celebrate Vishwajyoti Ghosh sexual love between co-widows is 22 MANUSHI.

4 Embedded in kinship and public debate. Right-wing conduces to the welfare of the Christian opponents of same- patrilineal family and the sex parenting repeatedly state community. The women's that every child must be raised sexual relationship is by a father and a mother. This praiseworthy because it clich coexists in the occurs with divine blessing, debate with another clich , fulfills both human and divine popularized by Hillary Clinton aims, and furthers the good of that it takes a village to raise a the family, the community, and child. In many Indian families, posterity. But it also results in the reality of child-rearing lies physical and emotional somewhere in between these pleasure for the individuals clich s. Indian children are concerned. Unlike Christian generally raised by more than canonical texts, these two adults. These may include canonical Hindu texts are able parents, grandparents, aunts to conceive of a same-sex and uncles.

5 Widowed and sexual relationship that is good divorced mothers often raise in terms similar to those in children with the active which a cross-sex sexual participation of aunts, relationship is represented as grandmothers, female servants good. While there is no doubt that many co- and co-wives. Conjugality of Co-Wives wives do feel these emotions both in Half-siblings refer to each other This raises the further question: if life and in literature, there is also no as siblings, and in Hindi generally this love is good, is it conjugal? Are doubt that some co-wives do develop address their father's other wives as co-wives in any sense married to one feelings of love and attraction for one big mother or small mother. 5 The another? When they marry the same another. I am interested in the way Hindi term for a co-mother is sauteli man, they commit themselves to living Indian texts represent and evaluate ma, often inadequately translated as not only with him but also with each these feelings.

6 Stepmother. Sauteli derives from other. Since the sexual relationship Once the husband dies, how do saut, which means co-wife. So the between Bhagiratha 's two mothers co-wives live out their relationships function of co-motherhood derives occurs in the context of marriage and with one another? The dominant from the status of co-wifehood. Co- with divine blessing, is it analogous stereotype is that widows live mother would be a closer translation to marriage? Like the relationship miserable lives, oppressed and for sauteli ma. The saut or co-wife between husband and wife, the shunned by all. In reality, not all plays an important part in folk songs relation between co-wives is usually widows live in joint families with and stories as well as in major texts a lifelong one. In fact, co-wives relatives who oppress them. Widows like the epics. Co-parenting also often normally spend much more time on often have greater freedom and intersects with adoption within the an everyday basis with one another mobility than do married women, and family.

7 Thus a couple that cannot have than with their husband. may acquire the position of powerful children will often adopt a nephew or Keeping in mind the dominant matriarchs in the family. A glimpse of niece, and a woman who cannot have Indian ideal that conjugal love and the more hidden aspects of co- children may adopt a co-wife's child. attraction between husband and wife widows' relationships with one Bhagiratha in Bengal develop after, not before, marriage, another is provided by the Bengal Bhagiratha is an important figure may co-wives also be expected to texts' accounts of the birth of to Hindus because he brought the develop love for each other, and what Bhagiratha . Ganga down to earth from heaven, a kinds of love are they shown Same-Sex Couples as Parents task his father and several of his developing in Indian texts? To ask this Both in India and the West many forefathers had tried and failed to question is to go against the dominant same-sex couples raise children perform.

8 One of the names of the river textual and popular notion that the together. The larger numbers and Ganga is Bhagirathi in Bhagiratha 's only emotions co-wives feel for one greater visibility of such couples in honor. His name also survives today another are hatred and jealousy. the West today has led to a major in the popular imagination through the 23. expression idiomatic in several Indian intercourse will be a boneless lump of inclinations, and also remarking that languages, Bhagiratha prayatna, However, this medical text desire takes many unaccountable the equivalent of Herculean feat. represents such a birth as monstrous, forms and leads to actions somewhat Bhagiratha is a hero and a while the Bengal narratives represent beyond analysis or benefactor of humanity. He also it as miraculous. Some of the Bengal Through this allusion along with an fulfilled a duty to his ancestors in the narratives recount how the boneless implied reference to the ancient sun lineage.

9 His great-great- child survives without bones and is medical text, the Sushruta Samhita, grandfather king Sagara had sixty cured later in life, while others the text places itself in the context of thousand sons who were killed by the represent the child born undeformed sacred textual traditions, both medical wrathful sage Kapila. Their funerary through the gods' blessings. Neither and erotic, that are already at this time ceremonies were postponed until the of these possibilities is envisaged in over a millennium old. It both claims Ganga could be brought down to the Sushruta Samhita. I argue that the authority of those traditions to earth. Bhagiratha appears in the part the Bengal texts develop these legitimize its account of the of the Ramayana that recounts the possibilities in the context of devotion miraculous birth of Bhagiratha , and ancestry of King Rama. to Goddesses, well developed in that also develops those traditions by The story of Bhagiratha 's birth to region by the fourteenth century.

10 Interpretation, since it gives a new two women occurs, as far as I know, Vatsyayana in Padma Purana twist to the idea of female-female sex only in texts produced from the In the Bengal version of the and procreation that is not present in fourteenth century onwards in Padma Purana, The narrator of the the ancient texts. Bengal. Why is this so? Bengal is Bhagiratha story is the primal serpent, In the Bengal Padma Purana, the one of the centers of Goddess or Sheshanaga, and the interlocutor is story is brief. King Dilipa's two Shakti worship and also of the sage Vatsyayana. Vatsyayana is widows grow worried after he dies Vaishnavism or worship of Vishnu, the famous as the author of the childless. They visit the family priest preserver God, especially in his Kamasutra, the fourth-century erotic Vasishtha in his hermitage and incarnations as Krishna and Rama. treatise that discusses a wide range request him to help them continue the These traditions often assume of sexual relationships. 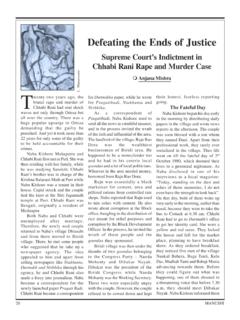 Defeating the Ends of Justice - manushi-india.org

20 MANUSHI T wenty-two years ago, the brutal rape and murder of Chhabi Rani had sent shock waves not only through Orissa but all over the country. There was a

36 MANUSHI I n winter when I put a quilt over myself its shadows on the wall seem to sway like an elephant. That sets my mind racing into the labyrinth of times

32 MANUSHI men tioned to him. My uncle was more concerned with the father of the girl than the girl herself. The father seemed to fit the bill admirably. 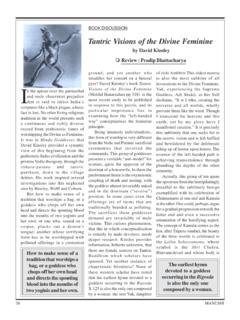 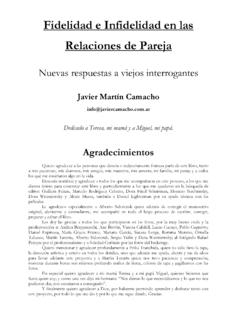 Get the ebook, Ebook, Kamasutra 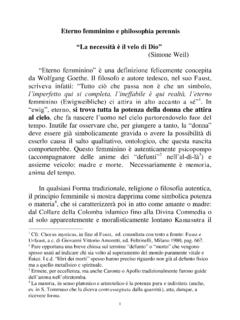 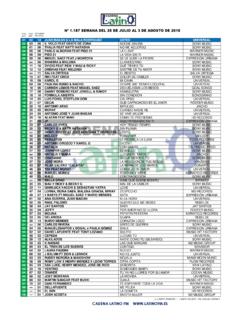 Kamasutra, Get the ebook