2 8. Edmonton, AB, 90 pp. ii PREFACE. Albertans are fortunate to share their province with a diversity of wild species. A small number of these species are classified as Species of Special Concern because they have characteristics that make them particularly sensitive to human activities or natural events. Special Conservation measures are necessary to ensure that these species do not become Endangered or Threatened. Conservation Management plans are developed for Species of Special Concern to provide guidance for land and resource Management decisions that affect the species and their habitat. These plans are intended to be a resource tool for sustainable Resource Development - Fish and Wildlife Division (SRD-FWD) and for provincial and regional land and resource Management staff.

3 Conservation Management plans provide background information including species biology, threats to species and habitat, and inventory/monitoring history. Plans also provide a goal, objectives, and actions ( Management recommendations). Management recommendations are typically categorised into inventory and monitoring needs; habitat Management and Conservation ; education and communication; and additional Management considerations as required. Conservation Management plans are generally prepared by an SRD-FWD biologist who has been designated as the provincial species lead. Writers from outside SRD-FWD are occasionally sought to prepare plans for species for which there is little in-house expertise. In order to ensure accuracy and utility, each plan is reviewed by a species expert and a designated provincial representative from SRD Forestry Division and/or Lands Division.

4 In some cases there may be additional reviewers from staff, industry, and other agencies. In this case, the opportunity to review the draft plan was extended to all First Nations in Alberta. Conservation Management plans are internal guidance documents. They are implemented under the guidance of the species lead and are living documents that can be revised at any time as required. Conservation Management plans are generally more succinct than the recovery plans that are prepared for Endangered and Threatened species and do not involve participation of a multi-stakeholder team. Conservation Management plans are approved by the Director of Wildlife and/or Director of Fisheries. Plans will be reviewed annually by the species lead and updated if necessary, and a more in-depth review will occur five years after a plan 's approval.

10 2010).. 38. Table 14. Overview of Management and recovery actions undertaken from Alberta's bull Trout Management and Recovery plan , 1994 and the Alberta Endangered Species Conservation Committee (ESCC) Conservation Action Statement, 2002.. 42. vii EXECUTIVE SUMMARY. bull Trout (Salvelinus confluentus), the Provincial Fish of Alberta, are a native species that occurs in all of the major river basins of the Province. In response to rapidly declining bull Trout populations, the Fisheries Management Branch produced the first Alberta bull Trout Management and Recovery plan in 1994, which provided a framework for Management and recovery. In 2002, bull Trout were listed under the Wildlife Act as a Species of Special Concern because of the declines in distribution and abundance, as well as continued threats from habitat alteration and introduced competitive species. 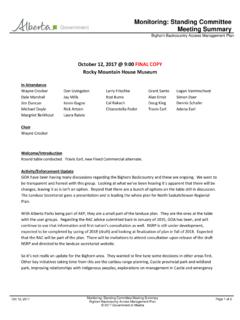 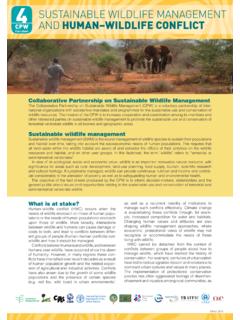 FOOD AND AGRICULTURE ORGANIZATION OF THE UNITED NATIONS Rome, 2014 Building a common vision for sustainable food and agriculture PRINCIPLES AND APPROACHES © 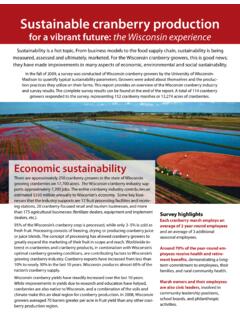 for a vibrant future: the Wisconsin experience - …

Sustainable cranberry production for a vibrant future: the Wisconsin experience Sustainability is a hot topic. From business models to the food supply chain, sustainability is being