Buying an Eriba from Holland In principle, Buying an Eriba from Holland is no more difficult than Buying from the UK. I say in principle, because there are no paperwork issues (with one exception described below), no customs or VAT issues. You simply find your Eriba probably via the Internet, arrange to see it, pay, and return to the UK. However it is a competitive market out there, and when you have spotted the one you want, then the chances are that a potential Dutch buyer has as well and our geography conspires to put us at a disadvantage. Holland is a relatively small country and anyone can get from anywhere to anywhere in Holland within 5 hours, so you can see that one must adopt a lightening fast attitude to securing your Eriba of choice.

1 Buying an Eriba from Holland In principle, Buying an Eriba from Holland is no more difficult than Buying from the UK. I say in principle, because there are no paperwork issues (with one exception described below), no customs or VAT issues. You simply find your Eriba probably via the Internet, arrange to see it, pay, and return to the UK. However it is a competitive market out there, and when you have spotted the one you want, then the chances are that a potential Dutch buyer has as well and our geography conspires to put us at a disadvantage. Holland is a relatively small country and anyone can get from anywhere to anywhere in Holland within 5 hours, so you can see that one must adopt a lightening fast attitude to securing your Eriba of choice.

2 It's bound to take you at least several days to set up your travel arrangements and if you are unlucky, then by the time you have got there it has been sold. Why buy from Holland ? Firstly, compared to the UK, Holland is awash' with Eriba caravans, so you will have plenty of choice. Secondly, the quality of what is offered is usually excellent. There is probably something in the Dutch culture which makes folks look after their Eriba caravans really well [Robert: Yes there is, cleaning is part of the Dutch culture heaven help you if you don't regularly clean your house windows]. Many are garaged throughout their lives, often they are equipped with extras, and they seem to have them serviced regularly.

3 Is it worth it, financially? Well, if you live within easy driving distance of the Dover Calais crossing or Harwich Hoek van Holland , it will cost a minimum of 250, and probably closer to 500 if you need to use the ferry route from Newcastle or Hull. Of course, like us, you might take a few days and take a short holiday in Holland , but unless you were going anyway, then you must in order to be realistic accept that the extra 250 - 500 is a cost of Buying from Holland . I reckon I might have found a '94 Eriba (the model I bought), in the UK for around the total cost I paid to buy from Holland , BUT, it wouldn't have been in such immaculate condition and might not have had the bike rack, alloy wheels and awning which came with mine.

4 Also, it may well have taken months to find and might have involved travelling the country to find it. One point of principal here: The more you spend, the less the proportion of travel impacts. For instance, if you buy a nearly new model at 10,000 euros, then your extra costs might work out at around 5%. If you buy an old timer for 2,500 euros then your travel costs work out at around 30%, and this is something to bear in mind. Generally, whatever you purchase, the travel costs are the same! My Eriba Pan cost 2800 to which I had to add 500 travel = 3300. I still think I got a bargain, since the quality and condition of the caravan is outstanding!

5 Plus, of course, if I wanted to conveniently forget the extra travel costs as part of the deal, well, we did have a lovely break in what is a charming country! Where to find them? The Dutch seem to go for classified ad' sites on the web. There are half a dozen where Eriba caravans are regularly offered. Probably the best is , but there are others and the keen prospective buyer will peruse all these daily during the period they are looking. Remember, and I repeat this from above, you have to be fleet of foot and prepared to act fast if you are to beat the Dutch buyer, especially if you spot something that is really good! Two Scenario's To illustrate what is possible and how where you live can impact upon your success, lets look at two approaches: The first is the fictitious Fred Jones and the second is myself, Terry Small.

6 Fred Jones Fred lives within an hour of Dover. Over a weekend in July, he sees three Eriba caravans of the type and price he is looking for on marktplats. On Sunday evening, he phones all the sellers, (Phone numbers are usually included in the advertisement, but if not, an email address is always supplied). Fred establishes that all are still for sale, arranges a rough time to see them and then books a channel crossing for the next day. Leaving after work on Monday, Fred arrives in Holland around and stays in a B and B or family hotel. The next morning he begins his tour of the offerings, and sees all three by The one he finally chooses was in fact the second one he saw, so he immediately phones the seller and they agree the deal (all negotiations regarding price have been done either in advance of viewing or whilst actually seeing the caravan).

7 Fred picks up the van, returns to the UK that night and is at work the next day. Because of where Fred lives, he has been able to take maximum advantage of the situation. He has been fast and decisive and has been able to get to the offerings before any other Dutch buyers. [Robert: If you can look at two or three examples, then so much the better]. Terry Small (this is the actual scenario). I live in Fort William in the North West of Scotland. I saw an Eriba in late September advertised on marktplats. I mailed the seller right away, got his phone number and immediately started a dialogue. I asked my questions and asked for more photos;. these arrived by e-mail the next day.

8 Because it was late September, there were only another couple of Eriba caravans I. saw advertised during this period and they didn't fit the bill. From the photos, all looked great, the seller seemed an excellent chap and I. managed to get the price reduced by 300 euros (always try this, if you don't ask, you won't get!). I used the travel costs as a lever [Robert: The Dutch like to deal]. Now, I had a problem! I had found what seemed to be a good buy, but I couldn't get across for at least a week. My route was to take me down to Newcastle and by ferry to IJmuiden (port of Amsterdam). I looked at all the travel options (including the long drive south to Dover), but decided on the Newcastle - IJmuiden route as the best balance of convenience, costs and time.

9 In a week, (the earliest I could get there), would it still be for sale!? Dare I book and pay for the ferry on the off chance that it would still be available, clearly not! So, I bought it before I went! (Unseen, apart from the photographs and the description) EEEEK! The next day, I booked the ferry. I also did a bank-to-bank transfer of the cash into the sellers account. This, I was told would take a maximum of 5 working days and since I would not be travelling for a week, then this was plenty of time for the funds to transfer before arriving to pick up the caravan. In the event, the transfer was completed in 3 days. My bank charged me 14 for this.

10 In order to do it, one needs the bank details of the seller. We embarked on the ferry at Newcastle, (actually 10 miles North of Newcastle city centre) at and had a pleasant overnight trip, with dinner and a couple of drinks, etc. The ferry docked at in IJmuiden the next morning. We had arranged a cheap (but good) hotel in Haarlem, (30 minutes drive from the port). We checked in there and parked our car. We then spent the day as tourists in Amsterdam (a fifteen minute train ride from Haarlem), then back to Haarlem for dinner and sleep. [Robert: Dutch public transport is easy, fast and relatively cheap parking in Amsterdam is difficult]. I called the seller that night (I had arranged to do this) in order to confirm we were on track to come up to him the next morning. 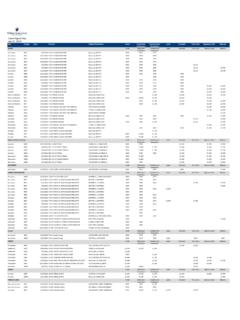 2 - Holland Code This is based on r. John Holland’s theory that people and work environments can be loosely classified into six different groups. 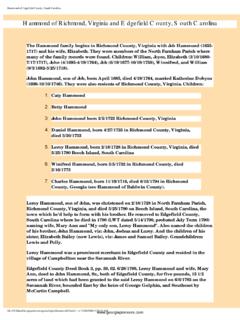 The History of South African Law and its Roman …

History of South African Law Seite II I. Contents TABLE OF ABBREVIATIONS III LITERATURE IV INTERNET IV TABLE OF CONTENTS VI ESSAY 1 APPENDIX: MAPS 14 I would like to express my sincere thanks to those whohave helped me to write this 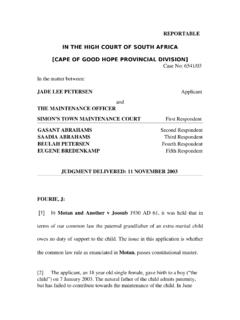 IN THE HIGH COURT OF SOUTH AFRICA [CAPE OF …

REPORTABLE IN THE HIGH COURT OF SOUTH AFRICA [CAPE OF GOOD HOPE PROVINCIAL DIVISION] Case No: 6541/03 In the matter between: JADE LEE PETERSEN Applicant 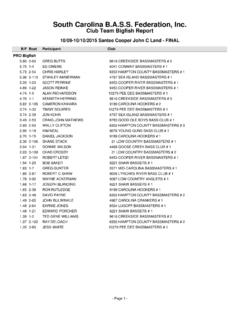 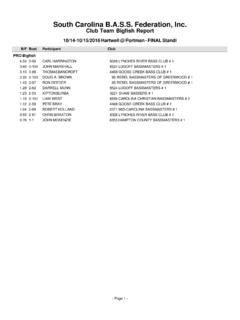