BY ARTHUR A CHRESBY - iiNet

YOUR WILL BE DONE by ARTHUR A. CHRESBY Research Analyst in Constitutional Law, and formerly Federal Member for Griffith in the House of Representatives.

3 Page 19. CHAPTER EIGHT. A few thoughts on extra Constitutional safeguards for the electors. Page 24. APPENDIX 1 Page 27. APPENDIX 11 Page 28. SAMPLE PETITION TO FEDERAL MEMBER Page 29. TESTIMONIAL LETTER Page 30. INTRODUCTION. In the great controversy on the alleged need for constitutional reform and the replacement of the monarchy with an Australian republic, there seems to be an increasing airing of the views of those apparently bent on destroying the faith of the people in their established parliamentary institutions; that the real truths, safeguards and functions of our Commonwealth and State Constitutions are being lost to the knowledge of the nation.

4 This work is an attempt to put forward those truths, a sort of primer of Constitutional Law; to bring to public notice the true legal functions and duties of the institution of the Monarchy, the offices of Governor-General and State Governors, Ministers of the Crown, Federal and State Parliamentarians; to reveal the correct legal relationship between the electors and parliamentarians; to show what can be done under both Commonwealth and State Constitutions to bring Ministers and politicians to a full sudden stop ".. for reprimand or dismissal, without having to wait for a general election.

5 It may be contended that the people have been denied the above-mentioned knowledge; that our schools, colleges and universities have failed to inform, as have the new media at large. The history of parliament and politics in Australia shows that no political party, few, If any, politicians, and almost none of the constitutional and political text-book writers has published this information, for it is knowledge that, once grasped by the people, means the end of party political control over the voice and votes of politicians, and the elimination of party political dictatorship over the machinery of parliament.

6 Those who would seriously attempt to dispute the contents of this book are advised that the law courts are open to them to do so. Any other form of denial would have no legal validity. Because this is being written for the information of Mr., Mrs. and Miss Everyman, the writer has tried to keep the contents as simple as possible, to avoid legal jargon, and to give quotations only where it is deemed essential to clarify a legal point. It is stressed that the sole purpose of this work is to show the Australian People what their true Constitutional powers are, and how they can lawfully use those powers to obtain the results they want their elected parliamentarians to produce, , "I want my dollar to buy more tomorrow than it does today!

7 ". Readers are invited to keep the following legally unarguable fact in mind: In the final analysis it is the Constitutions and Laws of the Commonwealth and the States, and the High Court interpretations of such, that determines what we can or cannot do in our daily lives. It is, therefore, to those Constitutions, Laws, and Court interpretations that we must continuously look for guidance and succour in our living, work and play, and not to the dissembling party politicians. The writer hopes that the following pages will open up the way to such constitutional and legal guidance and succour.

8 This Introduction cannot be completed without acknowledging the debt, which this writer owes to Bart Marney of the blue ribbon provincial daily newspaper, "The Toowoomba Chronicle" (Queensland), without whose many objective criticisms and encouragement this book might never have been written. ARTHUR A. CHRESBY CHAPTER ONE. WHAT IS THE CORRECT RELATIONSHIP OF AN. ELECTOR TO A MEMBER OF PARLIAMENT? Both by Constitutional and Statute law an elector has no legal right, whatever, to abuse, intimidate or demand anything of his Member of Parliament, State or Federal, or of his State Senators.

9 Any such abuse, intimidation or demand, would enable a Parliamentarian to take court action against an elector for attempting to use unlawful pressure to force the Member or Senator to act contrary to their judicially defined function and duty. As an elector you have a right, and a legal duty, at election time to vote for the candidate of your choice. Indeed, so long as you obtain a ballot paper in a lawful manner and place it in the ballot box you cannot be compelled to vote for the candidates on that ballot paper and may, if you wish, cast your vote against all names on that paper by neatly crossing them out.

10 As voting is legally secret there is, at present, no legal way of stopping you from doing so. Although such an action is classed as 'casting an informal vote", you have legally signified that none of the candidates on that ballot paper meet with your satisfaction and have, therefore, lawfully cast your vote against all of them. If a majority of the electors were to vote "informal" it would force a fresh election and bring forth fresh candidates, thus indicating that the electors were casting their votes with care. Political parties, of course, would cry that the electors were wasting their votes; that electors were disenfranchising themselves. 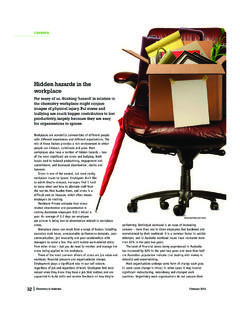 Hidden hazards in the workplace - Davidson …

careers Hidden hazards in the workplace For many of us, thinking ‘hazard’ in relation to the chemistry workplace might conjure images of physical injury. 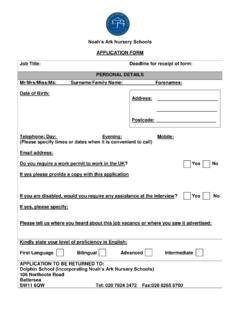 PREVIOUS EMPLOYMENT Please give details of your full employment history. Also, please detail any periods of unemployment and unpaid/voluntary work (most recent first). 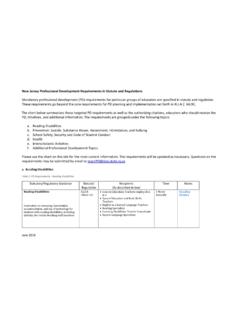 Code of Ethics and Professional Conduct - WHO