2 A busy little body was she! A cat usually napped lazily in the barn door, not even bothering herself to scare the rat who ran here and there as Published by Discovery K12 - he pleased. Published by Discovery K12 - And as for the pig who lived in the sty he did not care what happened so long as he could eat and grow fat. ne day the Little Red Hen found a Seed. It was a Wheat Seed, but the Little Red Hen was so accustomed to bugs and worms that she supposed this to be some new and perhaps very delicious kind of meat. She bit it gently and found that it resembled a worm in no way whatsoever as to taste although because it was long and slender, a Little Red Hen might easily be fooled by its appearance.

5 The Pig said, Not I, the Cat said, Not I, and the Rat said, Not I. Published by Discovery K12 - Well, then, said the Little Red Hen, I will. And she did. Published by Discovery K12 - he got the sickle from among the farmer's tools in the barn and proceeded to cut off all of the big plant of Wheat. On the ground lay the nicely cut Wheat, ready to be gathered and threshed, but the newest and yellowest and downiest of Mrs. Hen's chicks set up a peep- peep- peeping in their most vigorous fashion, proclaiming to the world at large, but most particularly to their mother, that she was neglecting them.

9 Even as she sleepily half opened one eye, the thought came to her that to- day that Wheat must, somehow, be made into bread. She was not in the habit of making bread, although, of course, anyone can make it if he or she follows the recipe with care, and she knew perfectly well that she could do it if necessary. So after her children were fed and made sweet and fresh for the day, she hunted up the Pig, the Cat and the Rat. Still confident that they would Published by Discovery K12 - surely help her some day she sang out, Who will make the bread? Published by Discovery K12 - las for the Little Red Hen! 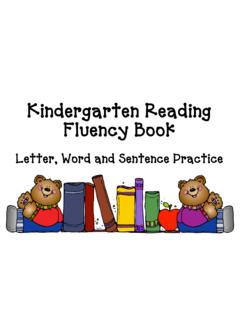 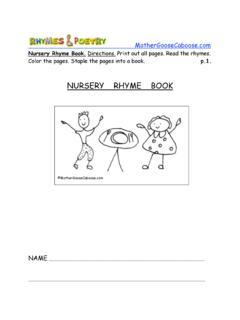 MotherGooseCaboose.com Nursery Rhyme Book. p.6. Mary’s Lamb cont’d. And so the teacher turned him out, 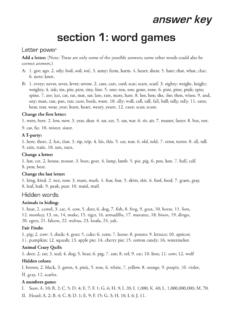 answer key section 1: word games Letter power Add a letter: (Note: These are only some of the possible answers; some other words could also be . correct answers.) 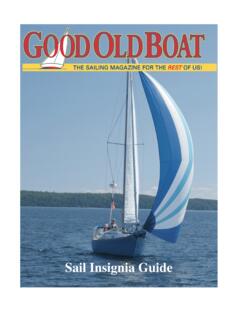 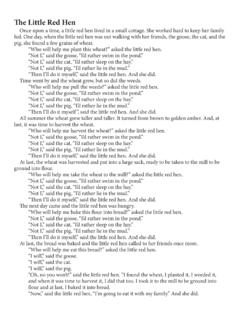 Dec 03, 2015 · The Little Red Hen Once upon a time, a little red hen lived in a small cottage. She worked hard to keep her family fed. One day, when the little red hen was out walking with her friends, the goose, the cat, and the 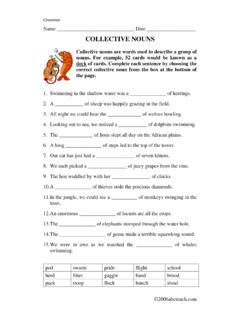 Collective nouns are words used to describe a group of ...