BY ORDER OF THE COMMANDER AIR MOBILITY …

3 SUMMARY OF CHANGES. There were several administrative changes to this document without change to content. Previous reference to what the 635 SCMG would do was removed as they now are under AFMC, however they will continue to provide support to 18 AF TACC/XOCL AMC MICAP sourcing for AMC. AMC Form 281, AMC MICAP/VVIP Special Handling Label references removed and no longer 2 AMCI23-102 29 JUNE 2009. required for shipments. Revised paragraph for clarity of when Project Code 196 is authorized. 1. General. This instruction establishes guidelines for shipment of the following AMC. MICAPs (Section 2) and/or VVIP (Section 3) assets to support the overall mission. Note: AMC. MICAPs and VVIPs are identified and clarified below. Table 1. Guidelines for AMC MICAPs and VVIPs. AMC MICAPs are identified as: Aircraft parts and recovery equipment movements as directed and centrally managed by 18 AF TACC/XOCL.

7 18 AF TACC/XOCL will coordinate recovery actions as outlined in paragraph below. Responsibilities and Authority. The organizations identified below have the following responsibilities to provide shipment support. 18 AF TACC/XOCL. Coordinate with supply, maintenance, CCC, 18AF TACC/XOGX Aerial Port Control Center (APCC), XOCG duty officer and TMF to expedite AMC MICAP. shipments, using the mode of transportation permitting the earliest arrival of the item at the end destination by a traceable means. Worldwide Express (WWX) services will be utilized to the maximum extent when considering earliest arrivals. Monitor/flight-follow delivery and return air and surface transportation carrying AMC MICAPs to support recovery actions. Determine when to consolidate shipments of items for AMC MICAP. requirements to the same location via the same mode of transportation. When 18 AF TACC/XOCL determines 50% or more allowable cabin load (ACL) is required for the support mission transporting MICAP, support mission should be in-system select (ISS), and mission identification changed to reflect the first three characters of the Atlantic and Pacific support mission.

8 18AF TACC/XOGX (APCC). Determine if the desired transportation source for AMC MICAPs have conflicting shipments ( , explosive) and approve the transportation support request through the Global Decision Support System (GDSS) unless there are conflicting shipments or reasons to otherwise prohibit moving the cargo on the desired transportation support mission. Once approved by the 18AF TACC/XOGX (APCC), the shipment is considered space-blocked on the sourced mission. 4 AMCI23-102 29 JUNE 2009. Annotate AMC MICAP in addition to the item nomenclature and TCN on the GDSS automated Form 59 screen, Mission Itinerary, of the mission aircraft. Immediately notify 18 AF TACC/XOCL when AMC MICAP shipments arrive at the aerial port and when AMC MICAP shipments have not been delivered to the aerial port and the aircraft is within one hour of its scheduled departure. Air Terminal Activities. The squadron or port operations officer, AMC station manager, or their representative at each AMC base, detachment, contracted air terminal operation (CATO), or operating location will: Receive and handle all AMC MICAP shipments which originate, transit, or terminate at their station.

9 Expedite these shipments to their next/final destination. Monitor (close watch) aerial port actions related to these shipments. Ensure shipments are available to be released to receiving activity upon aircraft arrival, and coordinate with receiving agency if shipments are not receipted for within 30 minutes of aircraft block in. Immediately notify 18 AF TACC/XOGX (APCC) when AMC. MICAP shipments arrive at the aerial port and when AMC MICAP shipments have not been delivered to the aerial port and the aircraft is within one hour of its scheduled departure Designate the air freight or aircraft services function to expedite all AMC. MICAP shipments through the air terminal. This function will be available 24 hours a day, 7 days a week (or as specified per contract for CATO), and will promptly complete special item tasks. Establish a special item holding area in the air terminal. Separate all AMC. Force, Of the air force 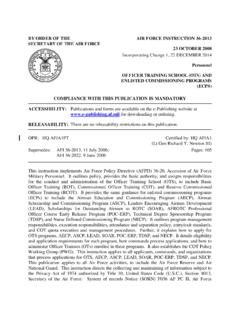 BY ORDER OF THE SECRETARY OF AIR FORCE … 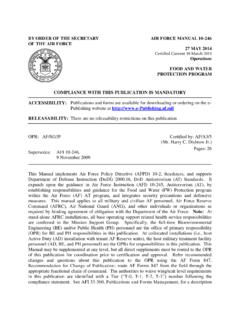 BY ORDER OF THE SECRETARY AIR FORCE MANUAL … 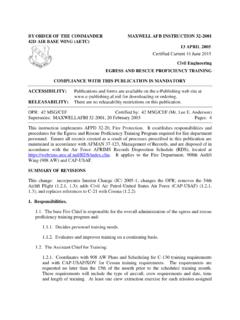 BY ORDER OF THE COMMANDER MAXWELL AFB … 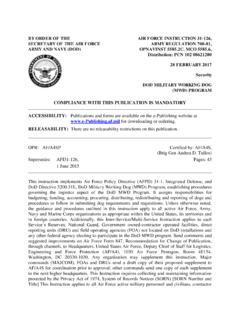 BY ORDER OF THE AIR FORCE INSTRUCTION 31 … 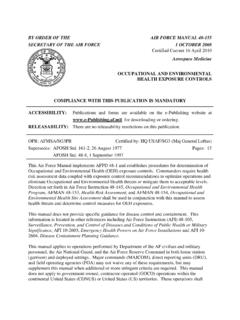 BY ORDER OF THE - AF

Order, Environmental, By order of the 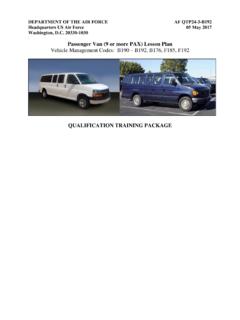 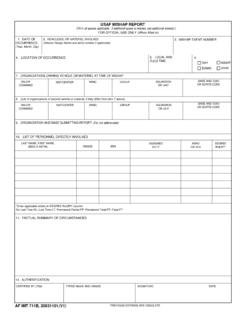 USAF MISHAP REPORT (Fill in all spaces applicable. If additional space is needed, use additional sheet(s).) FOR OFFICIAL USE ONLY (When filled in) 1. DATE OF 2. VEHICLES(S) OR MATERIEL INVOLVED

A Self-Help Guide - How to make a motion to change

MOTION TO CHANGE A FINAL FAMILY COURT ORDER OR A SUPPORT AGREEMENT A Self-Help Guide How to make a motion to change This guide is not legal advice.

Make, Change, Order, Motion, How to make a motion to change 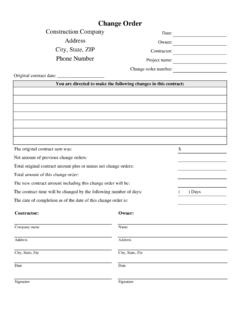 Change Management is a core element of the successful management of a project and must be an area of focus throughout the life of the project.

Cˆ˜ıˇÓ˚ C¯ˇÙ˘˚ Californians are now experiencing ﬁrst-hand the damaging effects of climate change.In the past year, extreme weather events affected every part of the state. These events devastated communities in Northern and …

ORDER PREPARATION FOR PERMANENT DUTY OR …

Enter the civilian employee’s full Social Security number. The last four digits are not sufficient for the purposes of this request and authorization.