c a s a b l a n c a Released: 1942 Studio: Warner Bros. Running Time: 102 minutes Director: Michael Curtiz Producers: Hal B. Wallis, Jack L. Warner Screenplay: Julius J. Epstein Philip G. Epstein Howard Koch Based on the play EVERYBODY GOES TO RICK'S by Murray Burnett, Joan AlisonWhen production began the script was only half completed,near the end of production the script was literally beingwritten the night before, and in the final days of filming,the dialogue for some scenes was written while shooting wasactually in progress and then rushed to the set.

1 c a s a b l a n c a Released: 1942 Studio: Warner Bros. Running Time: 102 minutes Director: Michael Curtiz Producers: Hal B. Wallis, Jack L. Warner Screenplay: Julius J. Epstein Philip G. Epstein Howard Koch Based on the play EVERYBODY GOES TO RICK'S by Murray Burnett, Joan AlisonWhen production began the script was only half completed,near the end of production the script was literally beingwritten the night before, and in the final days of filming,the dialogue for some scenes was written while shooting wasactually in progress and then rushed to the set.

2 Dialoguefor the final seconds of the film was even added well afterproduction had been is therefore accurate to say that no complete productionscript for Casablanca exists. The script that follows istherefore a synthesis of extant versions of the shootingscript, the continuity script, and a close analysis of thefinished IN:INSERT - A revolving globe. When it stops revolving it turnsbriefly into a contour map of Europe, then into a flat over this map are scenes of refugees fleeing fromall sections of Europe by foot, wagon, auto, and boat, and allconverging upon one point on the tip of Africa -- on the map illustrate the routes taken as the voice of aNARRATOR describes the migration.

3 NARRATOR ( ) With the coming of the Second World War, many eyes in imprisoned Europe turned hopefully, or desperately, toward the freedom of the Americas. Lisbon became the great embarkation point. But not everybody could get to Lisbon directly, and so, a tortuous, roundabout refugee trail sprang up. Paris to Marseilles, across the Mediterranean to Oran, then by train, or auto, or foot, across the rim of Africa to Casablanca in French Morocco. Here, the fortunate ones, through money, or influence, or luck, might obtain exit visas and scurry to Lisbon, and from Lisbon to the New World.

4 But the others wait in Casablanca -- and wait -- and wait -- and narrator's voice fade CUT TO:EXT. OLD MOORISH SECTION OF THE CITY - DAYAt first only the turrets and rooftops are visible againsta torrid facades of the Moorish buildings give way to a narrow,twisting street crowded with the polyglot life of a nativequarter. The intense desert sun holds the scene in a torpidtranquility. Activity is unhurried and sounds are muted. CUT TO:INT. POLICE STATION - DAYA POLICE OFFICER takes a piece of paper from the typewriter,turns to a microphone, and POLICE OFFICER To all officers!

5 Two German couriers carrying important official documents murdered on train from Oran. Murderer and possible accomplices headed for Casablanca. Round up all suspicious characters and search them for stolen documents. Important! CUT TO:EXT. A STREET IN THE OLD MOORISH SECTION - DAYAn officer BLOWS his whistle several is pandemonium as native guards begin to round police car, full of officers, with SIREN BLARING, screamsthrough the street and stops in the try to escape but are caught by the police and loadedinto a police a street corner TWO POLICEMEN stop a white CIVILIAN andquestion him.

6 FIRST POLICEMAN May we see your papers? CIVILIAN (nervously) I don't think I have them on me. FIRST POLICEMAN In that case, we'll have to ask you to come civilian pats his pockets. CIVILIAN Wait. It's just possible that Yes, here they brings out his papers. The second policeman examinesthem. SECOND POLICEMAN These papers expired three weeks ago. You'll have to come the civilian breaks away and starts to run the policeman SHOUTS "Halt", but the civilian keeps and ANNINA BRANDEL, a very young and attractive refugeecouple from Bulgaria, watch as the civilian passes.

7 They'vebeen thrust by circumstances from a simple country life intoan unfamiliar and hectic shot RINGS out, and the man falls to the ground. Abovehim, painted on the wall, is a large poster of MarshalPetain, which reads: "Je tiens mes promesses, meme cellesdes autres."The policeman frantically searches the body, but onlyfinds Free French literature. CUT TO:EXT. PALAIS DE JUSTICE - DAYWe see an inscription carved in a marble block along theroofline of the building: "Liberte, Egalite, Fraternite"We see the the facade, French in architecture, then the high-vaulted entrance which is inscribed "Palais de Justice".

8 At the entrance the arrested suspects are led in by thepolice. CUT TO:EXT. SIDEWALK CAFE - DAYA middle-aged ENGLISH COUPLE sit at a table just off thesquare, and observe the commotion across the way in front ofthe Palais de police van pulls up. The rear doors are opened andpeople stream EUROPEAN man, sitting at a table nearby, watches theEnglish couple more closely than the scene on the street. ENGLISHWOMAN What on earth's going on there? ENGLISHMAN I don't know, my European walks over to the couple.

9 EUROPEAN Pardon, pardon, Monsieur, pardon4. Madame, have you not heard? ENGLISHMAN We hear very little, and we understand even less. EUROPEAN Two German couriers were found murdered in the the unoccupied desert. This is the customary roundup of refugees, liberals, and uh, of course, a beautiful young girl for Monsieur Renault, the Prefect of Police. CUT TO:EXT. PALAIS DE JUSTICE - DAYS uspects are herded out of the van, and into the Palaisde Justice.

10 CUT TO:EXT. SIDEWALK CAFE - DAY EUROPEAN Unfortunately, along with these unhappy refugees the scum of Europe has gravitated to Casablanca. Some of them have been waiting years for a puts his left arm compassionately around the Englishman,and reaches behind the man with his right hand. EUROPEAN I beg of you, Monsieur, watch yourself. Be on guard. This place is full of vultures, vultures everywhere, Englishman seems to be taken aback by this sudden displayof concern. 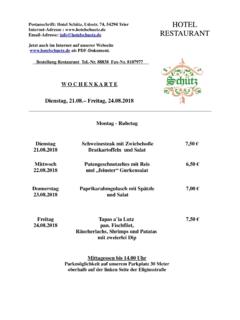 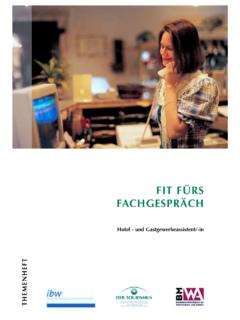 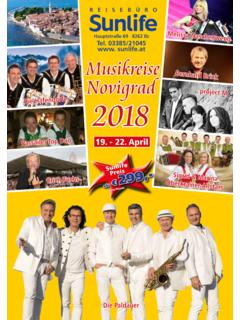 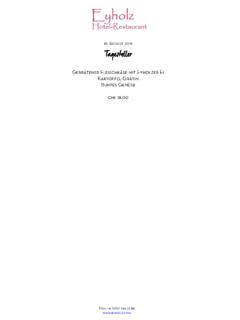 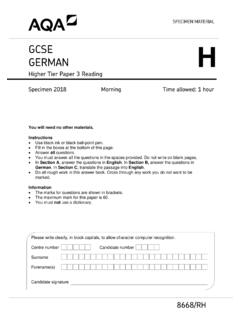 8668/RH. Specimen 2018 Morning Time allowed: 1 hour . You will need no other materials. Instructions • Use black ink or black ball-point pen.