Cadillac Desert - The American West and its …

Title Cadillac Desert . The American West and its Disappearing Water author Marc Reisner 1948 2000; an environmental writer from California category History / Water Development of the Western USA. publisher Douglas & McIntyre 1986, 1993 trade paperback revised edition with new Afterword, 582 pages ISBN 1-55054-080-7. of note National Book Critics Circle Nominee who should be interested in this book? Anyone interested in the development of the western US and the part played by large federally- funded water projects. For the reader who would like to know more about American West of the 1900's without reading a history book. why read this book? Attention readers who shy away from history books! This quest for water story is true, but it contains the larger-than-life characters, all the political intrigue, ecological missteps, and inter-agency rivalry fit for a work of fiction and the great thing is that it reads like a novel.

1 Title Cadillac Desert . The American West and its Disappearing Water author Marc Reisner 1948 2000; an environmental writer from California category History / Water Development of the Western USA. publisher Douglas & McIntyre 1986, 1993 trade paperback revised edition with new Afterword, 582 pages ISBN 1-55054-080-7. of note National Book Critics Circle Nominee who should be interested in this book? Anyone interested in the development of the western US and the part played by large federally- funded water projects. For the reader who would like to know more about American West of the 1900's without reading a history book. why read this book? Attention readers who shy away from history books! This quest for water story is true, but it contains the larger-than-life characters, all the political intrigue, ecological missteps, and inter-agency rivalry fit for a work of fiction and the great thing is that it reads like a novel.

2 This is the American West of pork-barrel construction projects, water rights theft, and agency chiefs stronger than presidents. The adage if we don't learn from the mistakes of history we are bound to repeat them will come to mind. Reisner shows that elected governments often don't really run much of a country powerful bureaucracies that continue over the years determine their own direction (usually one that is self-rewarding!). While this book is a must read' for it's history of western US water developments, it is just as important for the background Reisner provides to understanding the unintended consequences' of our efforts to change the natural world around us. Was water needed to develop the West Yes but who did these developments benefit? often not who we may have thought!

3 And too often with costs questionable for the benefits (was a federally- subsidized water project really meant to irrigate federally-subsidized cotton?). review / outline by Lance Brown, Overview The development of the American West was mainly one of water developments after all most of the area is Desert or semi- Desert , and even southern California lacked water, until the transfer of rights (stealing?). of farmers' water to send over the 223 miles of the Los Angeles Aqueduct. Early private industry water supply attempts were mainly failures (although Mormons in Utah had small scale success) the expense was too great for the possible water rates that could be collected. So, this is the normal entry point for the federal government, and enter they did, in such a large way that from the 1930's to 1980's billions were spent.

4 Water projects returning $ per $ of cost were being considered and often projects with massive ecological impacts. Reisner shows how bureaucracies can be a force unto themselves, even deflecting presidential efforts to curtail them. Besides the bureaucratic shenanigans so apply described, one of the most illuminating (or just plain scary!). aspects of Reisners' account is the Western States attitude that they must each have water projects others have even if irrigation water in high-elevation Wyoming makes little economic sense compared to Arizona or California with good growing conditions. Projects became to be approved by an I'll vote for yours if you vote for mine attitude. States extraction of water from the Ogallala aquifer was done with a determination to get their fair share' - without concern for the future (perhaps a not unexpected attitude, but destructive once played out).

5 It brings to mind the following quote: The tragedy of the commons - each person acting out of self-interest will lead to collective action that destroys the common resource. Freedom in a commons brings ruin to all , Ecologist Garrett Hardin. A couple of points made early in the book: In the East, to waste water is to consume it needlessly or excessively. In the West, to waste water is not to consume it to let it flow unimpeded and undiverted down rivers. The West, with its dry conditions, was determined to get all the water it could. The United States has virtually set up an empire on impounded and redistributed water .(but) the suffocating effects of accumulating silt .will certainly grow into a serious problem .. While a detailed account of the US west through the 1900's, Reisner assures we are never left lost nor bored readers are rewarded with a 500 page enjoyable ride.

6 There are two maps of water project locations, sixteen pages of pictures, detailed chapter notes, an extensive bibliography for further reading and an index. For readers interested in specific stories of subjects covered here by Reisner, look for these three other books reviewed elsewhere on this web site: Rivers in the Desert : William Mulholland and the Inventing of Los Angeles The Salton Sea: Yesterday and Today The Story of the Hoover Dam Chapters & Points of Interest Introduction: A Semi- Desert with a Desert Heart an overview of the US west water systems, including dams and canals 1. A Country of Illusion early explorers comments range from fertile prairie , forbidding plain , and tracts where not a speck of vegetable matter existed the Great American Desert the effect of a hat trapping for beaver pelts opens the way for settlement expedition of John Wesley Powell (a good summary is given).

7 The selling of the land in the West by railroad companies looking to expand & profit the unintended consequences' of the Homestead Act's 160 acre plot size 2. The Red Queen early settlement of southern California and water issues Mulholland, the Owens Valley, the 1913 Los Angeles Aqueduct, and land speculators - an early example of water value' for cities versus farms collapse of the Saint Francis Dam and death of 450 people Los Angles population of 100,000 (1900) grows to mil (1925) never enough water 3. First Causes weather events of the 1880's lead to federal irrigation systems Reclamation Act of 1902 an American flirtation with socialism? a relief from crowded conditions of the East? or Manifest Destiny? 4. An American Nile the Colorado River, erosion and siltation, early water diversions into southern California 1905 diversion failure fills the Salton Sea building of Hoover (Boulder Canyon) Dam agriculture and irrigation in California and diversions of rivers costs of $2,000 per acre to water land, that after irrigation, worth only up to $150 per acre the growing Congressional power of the arid Western States 5.

9 Dominy larger-then-life Commissioner of the Bureau, Floyd Dominy becomes a driving force 8. An American Nile (II). Colorado River, Arizona's Gila River, Salt River Project, water for Phoenix water dispute between Arizona and California over Colorado River water entitlement plans to dam the Klamath River, the Grand Canyon (outside the park but flooding the National Monument), divert water from the Columbia River to the Colorado more water claimed for projects planned for Colorado than there is water available 9. The Peanut Farmer and the Pork Barrel Jimmy Carters' attempt to reduce the $5 billion annual dam budget is thwarted by agencies and the trading of favours' (pork barreling) in Congress ( a tyranny presiding over a democracy'). 10. Chinatown the fraud' of lush California which is mostly a semi- Desert 1960 State Water Project; the Central Valley Project and the Bureau; the California Aqueduct.

10 Politics and the State Court; family farms, corporate farms, and low cost water 11. Those Who Refuse to Learn . the construction and first year collapse of Teton Dam in Idaho; eleven people die the planned Narrows Dam on South Platte River in Colorado is 4 miles long 12. Things Fall Apart Ogallala Aquifer is over pumped ( mined'), water levels fall, pumping energy prices climb salt concentrations ( the monkey on irrigations back'); Yuma Desalination Plant; drainage projects;. issues in Mexico from Colorado River salt content siltation problems; a list of dams original reservoir size and reductions due to siltation Epilogue: A Civilization, If You Can Keep It was the federal Reclamation program the savoir of the west? or should it have been left as it was? effect of cheap subsidized water on users and their practices attraction of the US West to water in BC and Hudson Bay rivers; the North American Water and Power Alliance (NAWPA). 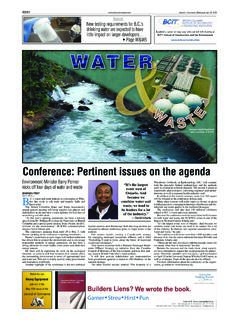 Conference: Pertinent issues on the agenda - The Partnership 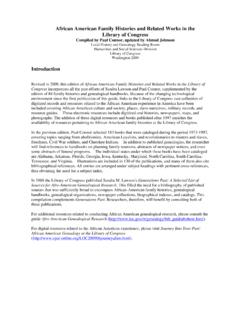 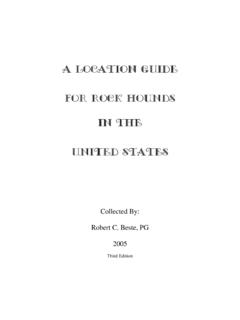 A Location Guide for Rock Hounds in the United … 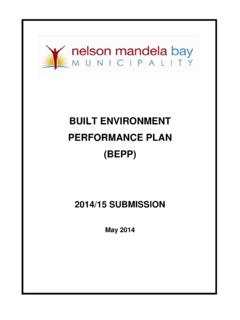 1 1. INTRODUCTION AND BACKGROUND 1.1 INTRODUCTION This Built Environment Performance Plan follows the BEPP content and format as supplied by National Treasury in the Guidance Note (National