Cancer and Industrial Pollution The Findings of the Workers Inquiry into the wollongong Leukaemia and Cancer Crisis September 9, 1997. September 1997 Socialist Equality Party All rights reserved PO Box 367. Bankstown NSW 2200. Summary The Workers Inquiry into the wollongong leukaemia and Cancer crisis was held at Port Kembla on the weekend of July 19-20, 1997. The six inquiry commissioners have found that: 1 The staggering number of leukaemia and lymphoma deaths among former Warrawong High School students since 1989 is not a mysterious coincidence but part of a wider pattern of cancers and ill-health, particularly among young peo- ple, throughout the wollongong area. 2 BHP, the owners of the Port Kembla copper smelter and other major compa- nies are responsible for the rising leukaemia and Cancer toll. There is a direct link between Cancer and the Industrial contamination of the air, soil and water of the region. 3 The report prepared by the Illawarra Public HealthUnit was a whitewash, organised by the Labor government to protect the interests of the companies involved.

The Workers Inquiry into the Wollongong leukaemia and cancer crisis was held at Port Kembla on the weekend of July 19-20, 1997. The six …

1 Cancer and Industrial Pollution The Findings of the Workers Inquiry into the wollongong Leukaemia and Cancer Crisis September 9, 1997. September 1997 Socialist Equality Party All rights reserved PO Box 367. Bankstown NSW 2200. Summary The Workers Inquiry into the wollongong leukaemia and Cancer crisis was held at Port Kembla on the weekend of July 19-20, 1997. The six inquiry commissioners have found that: 1 The staggering number of leukaemia and lymphoma deaths among former Warrawong High School students since 1989 is not a mysterious coincidence but part of a wider pattern of cancers and ill-health, particularly among young peo- ple, throughout the wollongong area. 2 BHP, the owners of the Port Kembla copper smelter and other major compa- nies are responsible for the rising leukaemia and Cancer toll. There is a direct link between Cancer and the Industrial contamination of the air, soil and water of the region. 3 The report prepared by the Illawarra Public HealthUnit was a whitewash, organised by the Labor government to protect the interests of the companies involved.

2 4 Political responsibility for years of official cover-up lies with the Labor and trade union leaders. Cancer and Industrial Pollution 2. Introduction In 1989, young people in the working class suburbs surrounding BHP's steelworks began dying of leukaemia or lymphoma, beginning with Bill Neskovski, 25, in 1989 and Samah Maarbani, 19, in 1990. Both were former students of Warrawong High School. They were followed by several members of the Warrawong High class of 1991. Jimmy Veljanoski, 19, died in June 1995, Goce Ilioski, 21, in August 1996 and Melissa Cristiano, 20, in February 1997, just a day after one of her former teachers, Bob Churton, died aged 41. Samah, Jimmy and Goce came from the suburb of Cringila, which directly borders the steelworks, the largest Industrial plant in Australia. Melissa lived in neighbouring Lake Heights and Bill Neskovski in Port Kembla itself. All but one were the sons or daughters of steel- workers.

3 As well, two young people in nearby Berkeley died from leukaemia: Darren O'Dea, 21, in 1992, and Karina Peppoloni, 5, in June 1995. More were diagnosed, including David Hawthorne, 19, Anthony Palma, 7, and Quang Hoang, 19, all from Berkeley, and Suzana Silva, 33, from Warrawong. These suburbs lie just a few kilometres from the Port Kembla Industrial complex. In Cringila, rows of streets end abruptly at the BHP steelworks fence line. Directly to the north is BHP's huge toxic waste site known as Dump 21. Dusts from the mountains of slag constantly blow across the area, infiltrating every nook and cranny of the houses, schools, shops and day care centres. In Port Kembla, the copper smelter chimney towers right over the local primary school, whose grounds are contaminated by lead. Until its closure in 1995, the smelter subjected local residents to a constant rain of particles containing dangerous heavy metals. Moreover, many schools including Warrawong High, Warrawong Public and Cringila Public are built on highly toxic steelworks slag and coalwash, as are housing estates, parks and recreation areas.

4 Leukaemia and lymphoma, both blood-related cancers, are extremely rare among teenag- ers and young adults. Leukaemia, in particular, is normally confined to infants and those aged over 50. The extraordinary leukaemia rate among young people in the Warrawong- Port Kembla area at least 14 times higher than the state average has to be accounted for. If such rare cancers began killing off large numbers of young victims in a wealthy suburb in Sydney or Melbourne, considerable resources would be devoted to identifying the causes. But no action was taken by the state Labor government, the NSW Cancer Council or the Illawarra Area Health Service over the Warrawong outbreak, even though every case had been notified to the NSW Cancer Registry. Melissa Cristiano's campaign Melissa Cristiano, the daughter of a BHP coke ovens worker, first made the crisis public. Her leukaemia was diagnosed in September 1995, just one month after her wedding.

5 Upon The Findings of the Workers Inquiry 3. discovering that several school friends had already contracted the disease, she rang the Health Unit to request a soil test at Warrawong High. Her phone calls three in all were not returned. Melissa also contacted the Fairfax-owned local daily paper, the Illawarra Mercury, but for months it published nothing. Only in late July 1996 did a story appear on her family's efforts to raise tens of thousands of dollars to find a compatible bone marrow donor. Public reaction was strong. Goce Ilioski's death on August 23, 1996 added to the growing anger, with more than 2,000 people lining the streets of Cringila for his funeral. Immediately, the media and the government went into damage control. The Mercury and local TV outlets portrayed the crisis as a bizarre Warrawong High curse an insoluble mystery. Men could be sent to the moon and automated probes landed on Mars, but it was impossible to establish the facts about a major breakdown in public health.

6 On September 5 1996, the Carr Labor government announced that an investigation would be conducted by the Illawarra Public Health Unit. Its purpose was not to uncover the truth but to placate the public outrage and protect BHP, the immediate suspect in the eyes of most workers. Health Minister Andrew Refshauge emphasised from the outset that the investigation was unlikely to produce any answers. At the same time, BHP's spokesman, Jerry Platt, brushed aside decades of incontrovertible scientific evidence that benzene, a by-product of steel- works coke-making, causes leukaemia. There was no evidence linking steel plant Pollution to leukaemia, he declared. To ensure the outcome, the Labor government appointed BHP to the steering committee to supervise the Health Unit project, together with representatives of various official agen- cies the Environment Protection Agency (EPA), wollongong Council, WorkSafe and WorkCover.

7 The Workers Inquiry The Socialist Equality Party initiated the campaign for an independent Workers Inquiry in order to provide a vehicle through which ordinary working people could establish the truth. The SEP rejected the claim that the leukaemia cases were a mystery. It insisted that the causes could be established through the combined and organised efforts of workers, residents and victims and their families, with the help of concerned scientists and health workers. On July 19-20, 1997, after two public meetings and a 10-month investigation, the SEP and the Committee for a Workers Inquiry convened a two-day hearing at the Port Kembla Leagues Club. Twenty-nine witnesses testified for a total of 11 hours. Numerous other submissions were received. Cancer and Industrial Pollution 4. The six commissioners Peter Stavropoulos, a BHP steelworker for eight years and Hot Strip Mill delegate, was the Workers Inquiry convenor and chaired the panel.

8 A member of the SEP, he has also been a long-time resident of Cringila and a former Warrawong High student. Will Juarez has been a steelworks metalworker for 28 years, including 14 years in the coke ovens, and is the father of Melissa Cristiano;. Sonya Colless, a Port Kembla mother of three children is president of the Illawarra Montessori pre-school at Berkeley;. Tony Barea, a 24-year-old steelworks electrician has been a lifelong resident of Kemblawarra and Primbee, and was a friend of two of the leukaemia victims Goce Ilioski and Jimmy Veljanoski;. Perla Astudillo is a biological sciences graduate and SEP member from Melbourne who conducted research and interviewed witnesses for the inquiry;. Linda Tenenbaum is the assistant national secretary of the SEP. She was a commissioner on the 1994 Workers Inquiry into the police killing of Aboriginal youth Daniel Yock. The commissioners sought to answer a number of critical questions: What is the true extent of the leukaemia, Cancer and other ill-health plaguing workers and their families throughout the wollongong region?

9 Is Industrial Pollution to blame? If so, which toxic emissions and wastes are likely to be responsible? How have BHP and other companies, the government and official agencies such as the Health Unit, the EPA, the Cancer Council and the universities responded to the Cancer crisis? What has been the response of the ALP and the trade unions? How were the victims and their families treated by the government, the authori- ties and the public health system? What must be done to halt the destruction of the lives and health of working class families? This report answers these questions, based on the evidence presented at the hearings and other information provided to the commissioners. The Findings of the Workers Inquiry 5. An Epidemic Linked to Industry Statistics obtained from the Cancer Council show that for at least two decades, workers and their families living near Port Kembla have been many times more likely to suffer leukaemia and other cancers than those living further away.

10 Taking six postcode areas for which stable population data are available, the average rate of leukaemia was some 10 times higher at Berkeley, 4 km from Port Kembla, than at Minnamurra, 18 km away. The rate at Berkeley was 4 per 1,000 people over 22 years;. at Minnamurra it was When the results were plotted on a graph, the curve showed a striking inverse square relationship between the leukaemia rate and distance from the Industrial complex. Such a curve indicates a specific point source, namely the Port Kembla smokestacks. There was less than a 5 in 100 possibility of that curve being produced by chance. Over the same period, 1972-94, there was also a close correlation between leukaemia and distance of residence from the two cokeworks north of wollongong , at Corrimal and Coalcliff. The Cancer Council's postcode figures for all cancers apart from leukaemia demonstrated a parallel link to Port Kembla's toxic emissions, with only a 1 percent chance of error. 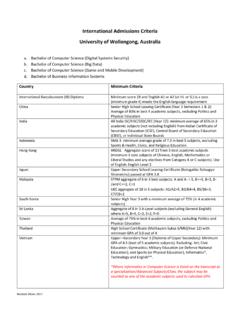 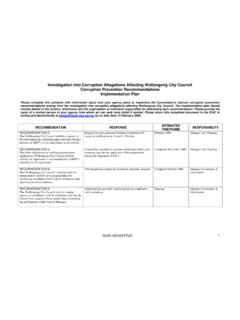 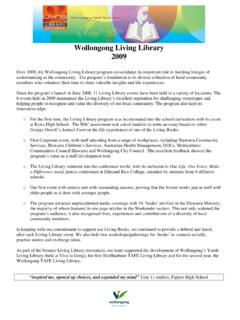 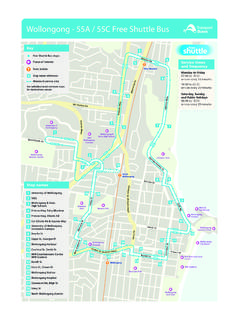 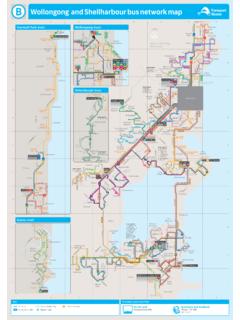