NUTRITION ISSUES IN GASTROENTEROLOGY, Series #69. Carol Rees Parrish, , , Series Editor Nutritional Consequences of Small Intestinal Bacterial Overgrowth John K. DiBaise Small intestinal bacterial overgrowth (SIBO) is an increasingly recognized cause of malabsorption and is likely an under-recognized cause of a variety of nonspecific gas- trointestinal symptoms. Disturbances in small bowel motility and gastric acid secretion are the principal predisposing factors providing a clue to patient groups at risk of this condition. The accurate diagnosis of SIBO remains problematic. Although simple, non- invasive breath tests are commonly used to diagnose SIBO, the gold standard test remains the culture of a small intestinal aspirate, which can be readily collected at the time of endoscopy. As reversal of the underlying condition predisposing to SIBO is unlikely, correction of any associated Nutritional deficiencies is advised. Treatment with a broad-spectrum antibiotic is generally effective in relieving symptoms; however, repeated courses are often needed.

may occur as an inappropriate or overly aggressive reaction to absorbed bacterial antigens. Fat maldigestion and malabsorption occur mainly due to the deconjugation of bile acids by intraluminal

1 NUTRITION ISSUES IN GASTROENTEROLOGY, Series #69. Carol Rees Parrish, , , Series Editor Nutritional Consequences of Small Intestinal Bacterial Overgrowth John K. DiBaise Small intestinal bacterial overgrowth (SIBO) is an increasingly recognized cause of malabsorption and is likely an under-recognized cause of a variety of nonspecific gas- trointestinal symptoms. Disturbances in small bowel motility and gastric acid secretion are the principal predisposing factors providing a clue to patient groups at risk of this condition. The accurate diagnosis of SIBO remains problematic. Although simple, non- invasive breath tests are commonly used to diagnose SIBO, the gold standard test remains the culture of a small intestinal aspirate, which can be readily collected at the time of endoscopy. As reversal of the underlying condition predisposing to SIBO is unlikely, correction of any associated Nutritional deficiencies is advised. Treatment with a broad-spectrum antibiotic is generally effective in relieving symptoms; however, repeated courses are often needed.

2 INTRODUCTION with an underlying disease process when present. mall intestinal bacterial overgrowth (SIBO) is SIBO implies a quantitative assessment of bacteria S characterized by a variety of signs and symptoms resulting from nutrient malabsorption when food, enteral feedings, medications such as lactulose or present in the small intestine. Although a certain level of commensal bacteria is important, it is the presence of a particular species type in an atypical location of the bowel, in addition to an excess number, that results those containing sorbitol or fiber supplements interact with the bacteria. The symptoms may appear minor in the development of the classical clinical manifesta- and nonspecific and lead to diagnostic confusion as tions of this condition. SIBO is usually defined as the these same signs and symptoms are often associated presence of >105 colony forming units (cfu)/mL of bacteria in the proximal small intestine (1); however, it John K. DiBaise, , Professor of Medicine, Mayo has been suggested that a lower colony count ( , Clinic, Scottsdale, AZ.)

3 >103 cfu/mL) may be adequate to induce symptoms as PRACTICAL GASTROENTEROLOGY DECEMBER 2008 15. Nutritional Consequences of Small Intestinal Bacterial Overgrowth NUTRITION ISSUES IN GASTROENTEROLOGY, Series #69. can subsequently be absorbed through the colonic Table 1. Beneficial Metabolic Effects of the Enteric Microbiota mucosa and be utilized as an energy source (3) (Table 1). Recent evidence suggests that the gut microbiota is Biotransformation of bile salts an important factor that participates in the extraction of Production of micronutrients ( , vitamin K, biotin calories from ingested dietary substances and helps to and folate) store those calories in host adipose tissue for later use. Participation in the fermentation of otherwise The evidence also suggests that there are differences in indigestible polysaccharides by colonic bacteria to the gut microbiota between obese and lean individuals short chain fatty acids raising the possibility that differences in caloric extrac- Aiding in the metabolism and/or activation of tion of ingested food substances may be determined by medications ( , sulfasalazine, digoxin) the composition of the gut microbiota (4,5).

4 The nor- Prevention of luminal colonization by pathogenic mal gut microbiota also functions to prevent luminal microorganisms colonization by pathogenic bacteria (6). long as colonic-type bacterial species are identified. Nutritional CONSEQUENCES OF SIBO. This clinical syndrome results predominantly from A major pathophysiologic consequence of SIBO. competition between the atypical and excessive bacte- relates to the inflammatory epithelial changes that sub- ria in the proximal small bowel and the human host for sequently occur in the gut (7,8). The degree of mucosal ingested nutrients as well as from injury to the small inflammation can vary considerably both grossly and bowel epithelium caused by these bacteria. Herein, the microscopically (7). The inflammation that occurs in Nutritional consequences of SIBO to the human host the setting of SIBO is nonspecific and is likely due to are discussed as are the patient groups at risk of devel- the overgrowth of more invasive strains of bacteria.

5 Oping this condition. The clinical approach to diagnos- This inflammatory process may result in a variety of ing and treating this condition is also briefly reviewed. epithelial changes including the blunting of the villi (9), other less visibly apparent damage to the brush border and/or the elaboration of inflammatory BENEFICIAL FUNCTIONS OF cytokines/mediators that may disrupt or inhibit the THE GUT MICROBIOTA absorptive process (10). These changes result in a An intimate relationship exists among the intestinal reduction in the absolute or functional intestinal epithelium, gut microbiota and lymphoid tissue and, as absorptive surface area and play a role in the subse- such, the commensal enteric microorganisms are quent development of the symptoms attributed to important in maintaining normal gastrointestinal and SIBO such as gas, bloating, abdominal cramping, diar- immune function. Understanding the molecular mech- rhea and steatorrhea. The cause of inflammation in anisms by which enteric microorganisms interact with SIBO is likely multifactorial.

6 Occasionally, certain the intestinal epithelium is currently being explored. bacterial species may invade the small bowel mucosa Bacterial-enterocyte crosstalk has recently been identi- resulting in an inflammatory response. Facultative fied by studies which have demonstrated the ability of anaerobes cause epithelial injury by direct adherence pathogens to impair the epithelial barrier and native and production of enterotoxins, while aerobes produce bacteria to enhance this barrier (2). A number of ben- enzymes and metabolic products that result in injury eficial metabolic effects of the enteric microbiota with (11,12). Anaerobic organisms seem to be primarily potential Nutritional consequences have been responsible for the deleterious effects of SIBO and described including the production of micronutrients their suppression is necessary to allow normal ileal B12. ( , vitamin K, biotin, folate), and participation in the absorption. More frequently, mucosal inflammation fermentation of otherwise indigestible polysaccharides by colonic bacteria to short chain fatty acids, which (continued on page 19).

7 16 PRACTICAL GASTROENTEROLOGY DECEMBER 2008. Nutritional Consequences of Small Intestinal Bacterial Overgrowth NUTRITION ISSUES IN GASTROENTEROLOGY, Series #69. (continued from page 16). may occur as an inappropriate or overly aggressive Table 2. reaction to absorbed bacterial antigens. Clinical Features Associated with Small Intestinal Fat maldigestion and malabsorption occur mainly Bacterial Overgrowth due to the deconjugation of bile acids by intraluminal bacteria, allowing their absorption by the jejunum and Gas-bloat leading to insufficient concentrations for micelle for- Flatulence mation and fat absorption (13,14). Bacterial deconju- Abdominal discomfort gation may also result in the production of substances, Diarrhea such as lithocholic acid, which may exert toxic effects Steatorrhea on the intestinal epithelium (15) and result in impaired Weight loss absorption of not only fat, but also carbohydrate and Features associated with micronutrient deficiencies (Vitamins B12, A, D and E, iron, thiamine, nicotinamide).

8 Protein (16). Because of the fat maldigestion and mal- absorption that occurs in the setting of SIBO, deficien- cies of the fat-soluble vitamins A, D and E can occur. For reasons described previously, vitamin K defi- malabsorption may lead to oxalate kidney stones, ciency is rarely seen in SIBO. steatorrhea and fat-soluble vitamin deficiencies with Carbohydrate malabsorption may also result from their associated symptoms. A secretory diarrhea may the intraluminal degradation of sugars by enteric bac- occur due to the caustic effects of hydroxylated fatty teria and from bacteria-related decreases in enterocyte acids and deconjugated bile acids. Vitamin B12 malab- disaccharidase and brush-border hydrolase activity, sorption may result in megaloblastic anemia and neu- and impaired monosaccharide absorption (16,17). rological symptoms related to subacute combined Indeed, lactose intolerance seems to be common in degeneration. Symptoms related to disturbed gastroin- these patients and may contribute to the diarrhea that is testinal motility may also occur in SIBO, perhaps due often present.

9 Although overt protein malnutrition is to alterations in gut peptide elaboration as a conse- rare in SIBO, a reversible form of protein-losing quence of differences in nutrient presentation to the enteropathy has been described (18). The absorptive respective parts of the gut (20,21). It is unknown at this dysfunction and mucosal injury seen in SIBO, along time whether the pathologic consequences of SIBO are with decreased levels of enterokinases that have been due to an increased overall number of bacteria, the described in SIBO (19), contributes to decreased type of bacteria or a combination of both situations. amino acid and protein precursor uptake. Vitamin B12 deficiency is caused by bacterial con- sumption involving predominantly anaerobic organ- FACTORS PROTECTING AGAINST SIBO. isms within the intestinal lumen before it can be Multiple factors prevent excessive small bowel bacte- absorbed. Deficiencies of thiamine and nicotinamide rial colonization and determine the types of bacteria have also been reported.

10 In contrast, folate levels may present. The most important factors are normal small be elevated in SIBO as a result of bacterial synthesis bowel motility, which prevents attachment of ingested and its subsequent absorption. organisms, and gastric acid, which destroys many These negative effects of SIBO on nutrient diges- organisms before they reach the small intestine. Fur- tion and absorption, attributed to both the intraluminal ther enzymatic digestion by pancreaticobiliary secre- effects of bacteria and damage to the small bowel tions and the presence of adequate mucosal immunity mucosa, are largely responsible for the clinical fea- including immunoglobulins within the intestinal secre- tures that are seen (Table 2). For example, the degra- tions also help to control the bacterial populations in dation of carbohydrates leads to the production of the small bowel. Although the ileocecal valve has tra- carbon dioxide, hydrogen and methane that may be ditionally been considered an important factor in con- responsible for a variety of symptoms such as gas, trolling the entry of colonic bacteria into the small bloating, distension and abdominal discomfort. 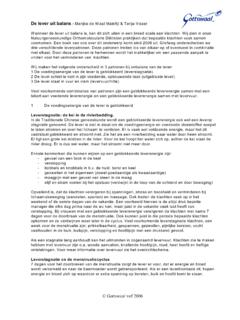 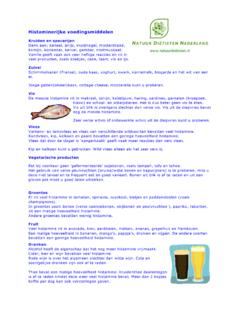 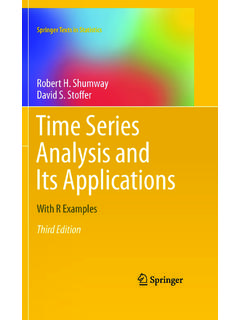 Time Series Analysis and Its Applications: With R Examples ...

For other titles published in this series, go to G. Casella S. Fienberg I. Olkin www.springer.com/series/417 Series Editors Springer Texts in Statistics

Applications, Analysis, Series, With, Series analysis and its applications 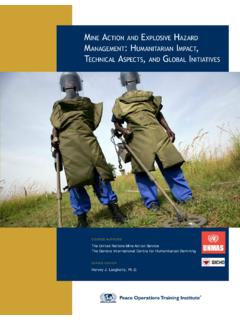 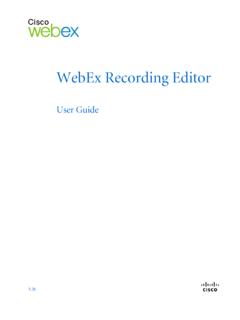 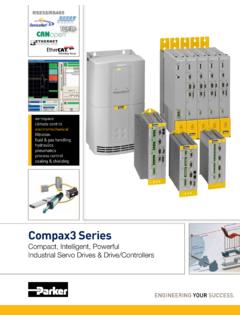 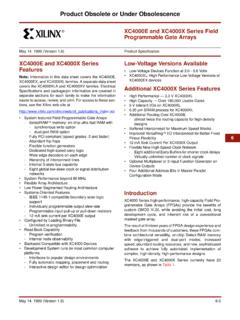 Product Obsolete or Under Obsolescence - All Programmable

Product, Series, Under, Obsolete, Obsolescence, Product obsolete or under obsolescence 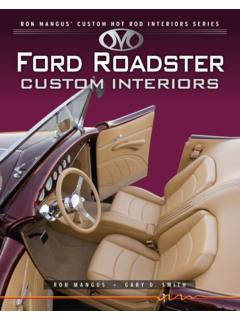 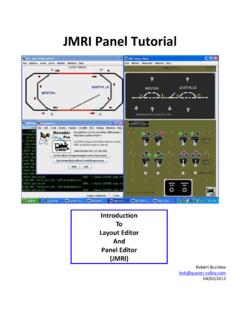 JMRI Panel Tutorial – Part 1 R. Bucklew 04/02/12 Layout Editor The Layout Editor allows you to construct a diagram, which logically places the elements of your layout.

TIP 40: Clinical Guidelines for the Use of Buprenorphine ...

TIP 40: Clinical Guidelines for the Use of Buprenorphine in the Treatment of Opioid Addiction: Treatment Improvement Protocol (TIP) Series 40