2 The surgeon and the nurse Fleet Enema is widely used in Israel for knew that the Patient had Renal failure but the constipation. Each bottle contains sodium surgeon thought that this single dose would do biphosphate 16 G and sodium phosphate 6 G per no harm. Both the physician and the nurse were 100cc (1). The prescribing leaflet and the Israeli unaware that Fleet Enema contained a phosphate index of drugs, Medic, do not contain any clear compound. warning or contra-indication about its use in Renal failure. The product is approved for use by Three hours later the Patient complained of the Ministry of Health in Israel.

3 Malaise, and few hours later she became somnolent and her blood pressure dropped to In this case , a 67 year old hemodialysis Patient 80/40 mmHg. The consultant nephrologist who was hospitalized for abdominal pain and was called immediately thought of constipation. Plain abdominal x-rays and hyperphosphatemia as the cause of her condition abdominal CT scan did not reveal signs of and serum phosphorus level was 19 mg/dL (N=. intestinal obstruction. Saline enemas did not mg/dL). The Patient was treated with work. During one evening shift a senior surgeon dopamine infusion and hemodialysis. 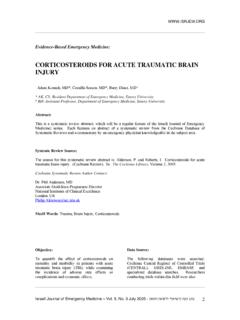 medical decision making is totally repugnant to the foundations of our faith.” Yet, even he admits that it is just such autonomy that allows individuals to make healthcare Pediatric Resuscitation Revised: A summary of the … Hepatic liver There are a number of different hepatitis viruses (not all identified), but the primary viruses are types A (HAV), B (HBV), C (HCV), D 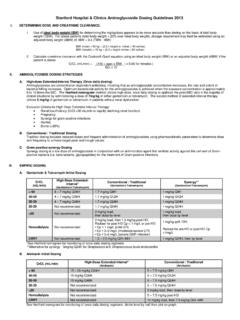 Stanford Hospital & Clinics Aminoglycoside Dosing Guidelines 2013 I. DETERMINING DOSE AND CREATININE CLEARANCE: 1. Use of ideal body weight (IBW) for determining the mg/kg/dose appears to be more accurate than dosing on the basis of total body weight (TBW). For obese patients (total body weight > 20% over …

Argatroban for anticoagulation in continuous renal ...

line, or a platelet count lower than 100 109/L while on heparin therapy, or by positive local laboratory tests. HIT-II screening tests were performed at the University Hospital Laboratory using the particle gel immunoas- Intraluminal Volume Dose Alteplase for the …