Health and Safety Executive Cattle and public access in scotland Advice for farmers , landowners and other livestock keepers HSE information sheet Agriculture Information Sheet No 17S(rev1). Introduction Background This sheet describes the major hazards to members HSE regularly investigates incidents involving Cattle of the public associated with keeping Cattle , including and members of the public in scotland . Some of these bulls (uncastrated bovine animals of 10 months or result in death or serious injuries. Almost all of these over) and newly calved cows, where the public have incidents are in fields and enclosed areas.

1 Health and Safety Executive Cattle and public access in scotland Advice for farmers , landowners and other livestock keepers HSE information sheet Agriculture Information Sheet No 17S(rev1). Introduction Background This sheet describes the major hazards to members HSE regularly investigates incidents involving Cattle of the public associated with keeping Cattle , including and members of the public in scotland . Some of these bulls (uncastrated bovine animals of 10 months or result in death or serious injuries. Almost all of these over) and newly calved cows, where the public have incidents are in fields and enclosed areas.

2 Many other access to land in scotland . It suggests reasonably incidents occur but are not reported to or investigated practicable ways of controlling those hazards for by HSE. The two most common factors in these walkers. Land managers should also consider risks incidents are cows with calves and walkers to other users of public access routes, such as horse with dogs. riders and cyclists. It does not provide Advice on housing bulls or other Cattle , nor on safe handling All large animals are potentially dangerous. You should try to ensure that the Cattle you own or breed from The Land Reform ( scotland ) Act 2003 created the are of a normally quiet temperament.

3 However, when right of responsible public access ' to most land and under stress, eg because of the weather, illness, inland water in scotland . The right of responsible unusual disturbance, or when maternal instincts are access can be exercised on and off paths, on open aroused, even normally placid Cattle can become and enclosed land. public rights of way continue to aggressive. Even gentle knocks from Cattle can result exist and a system of core paths' is being developed in people being injured. All breeds should be treated by local authorities that will need to be treated in the with respect.

4 Same manner as rights of way. Members of the public , including walkers and children, Throughout this information sheet, public access may not understand that Cattle with calves at foot can route' means a public right of way, core path or present a risk due to protective maternal instincts, other well-used route. Fields' includes fields and especially when a dog is present. When you are enclosures. considering where to keep livestock you should take into account that members of the public are unlikely The responsibilities of land managers and members to be aware of the behavioural characteristics of of the public are explained in detail in the Scottish Cattle .

5 You should also consider the amount and type Outdoor access Code. of public access in different areas of the land you manage (eg large groups of walkers with dogs every day, groups of children, or infrequent lone walkers). This will help you decide whether the Cattle should be kept in certain areas and what precautions you need to take. You cannot use the presence of an animal, eg a bull, to deter walkers from accessing a core path or public footpath. The Scottish Outdoor access Code advises the public to be aware of potentially dangerous farm animals, to keep a safe distance if passing through an area with livestock and to consider using an alternative route.

6 The Code advises people not to take dogs into fields where there are young animals present. 1 of 3 pages Health and Safety Executive Precautions if you graze bulls or groups Precautions if you graze other Cattle of entire male Cattle for bull beef Assess whether the bull or animals in the herd are Bulls of recognised dairy breeds (eg Ayrshire, generally placid and well-behaved. Friesian, Holstein, Dairy Shorthorn, Guernsey, If possible use fields or areas not used by the Jersey and Kerry) are in all circumstances banned public when Cattle are calving or have calves at from being at large in fields or enclosures crossed foot, especially during periods of greater public by public rights of way.

7 Do not keep them in use, eg school holidays. fields with public rights of way, statutory or other Assess whether calves kept with the herd will affect types of permitted access including core paths. the behaviour of older Cattle . Deliberately placing an animal or animals known to Consider whether it is reasonably practicable to be aggressive in order to deter access is likely to temporarily fence alongside a public right of way be regarded as obstruction and the local authority so that the Cattle and people are kept separate.

8 Could take action. Take care not to obstruct rights of way by fencing If you are considering putting a bull of any other across them. breed in a field to which the public have access An alternative route can be offered or provided, but you should carefully consider the animal's bear in mind that even if you do decide to provide temperament and behaviour and monitor its an alternative route, the public will still be entitled demeanour and state of health on a frequent basis. to use the right of way. If there is any indication that the bull is likely to Plan the location of handling and feeding areas be aggressive or unpredictable, or if its behaviour away from public rights of way to reduce the gives you cause for concern, it should not be kept possibility of stock congregating around the route.

9 In a field to which the public have the right Where the landowner and the Cattle owner are of access . not the same person there may be some joint Beef bulls are banned from fields with footpaths responsibility and it is the duty of both parties to unless accompanied by cows or heifers. This does agree a course of action. not include open fells or unenclosed moorland. Consider providing signposted paths and possibly There are no specific prohibitions on other Cattle . a designated core path to draw most public In other fields make sure that groups of animals access along routes which are best integrated with older than 10 months are securely enclosed by livestock management.

10 Stock-proof hedging or fencing at least m high, strong enough to retain the animals and capable of If you have an animal known or suspected to be restricting access of children. Erecting an electric aggressive then you should not keep it in a field used fence m inside the external perimeter hedge by the public . or fence will provide a greater degree of security but should not cause obstruction and should have suitable warning signs. Precautions to minimise the risk Fit gates or other means of closure at points of to the public entry into the fields containing the Cattle .

LET IT GO There are people who can walk away …

People, Walk, Can walk away, Away

A Shortcut to Distinction - A Biographical Sketch of Dale Carnegie by Lowell Thomas It was a cold January night in 1935, but the weather couldn’t keep them away. erans have improved by 10, 20, 30 min-utes and more in half or full marathons by taking walk breaks early and often in their goal race. You can easily spot these folks in

Walk, Galloway, You can 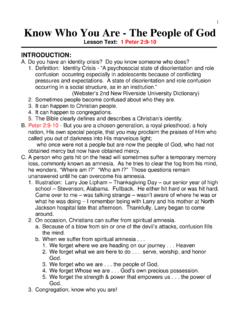 1 Know Who You Are - The People of God Lesson Text: 1 Peter 2:9-10 INTRODUCTION: A. Do you have an identity crisis? Do you know someone who does? The Newtown Creek Nature Walk was designed by environmental sculpture artist George Trakas. It was built by the New York City Department of Environmental Protection (DEP) through the New