CENSUS OF INDIA 2011 . META data . Office of the Registrar General & CENSUS Commissioner, INDIA 2A, Man Singh Road, New Delhi -110011. 1. introduction : The CENSUS Operations in INDIA are carried out in two phases - the Houselisting and Housing CENSUS followed by the Population Enumeration. The objective of the Houselisting and Housing CENSUS is to systematically list out all the structures, houses and households throughout the country for preparation of a sound frame for conduct of the Population Enumeration. All the buildings and houses wherever necessary are numbered for easy identification at the time of actual enumeration. The Houselisting and Housing CENSUS was conducted in different States and Union Territories during April-September 2010. In addition to collecting data on characteristics of the house, information on availability of certain amenities and assets to the households were also collected in this first phase. The Population Enumeration was undertaken during 9th to 28th February 2011 (both days inclusive).

2 Introduction: The Census Operations in India are carried out in two phases - the Houselisting and Housing Census followed by the Population Enumeration.

1 CENSUS OF INDIA 2011 . META data . Office of the Registrar General & CENSUS Commissioner, INDIA 2A, Man Singh Road, New Delhi -110011. 1. introduction : The CENSUS Operations in INDIA are carried out in two phases - the Houselisting and Housing CENSUS followed by the Population Enumeration. The objective of the Houselisting and Housing CENSUS is to systematically list out all the structures, houses and households throughout the country for preparation of a sound frame for conduct of the Population Enumeration. All the buildings and houses wherever necessary are numbered for easy identification at the time of actual enumeration. The Houselisting and Housing CENSUS was conducted in different States and Union Territories during April-September 2010. In addition to collecting data on characteristics of the house, information on availability of certain amenities and assets to the households were also collected in this first phase. The Population Enumeration was undertaken during 9th to 28th February 2011 (both days inclusive).

2 A revisional round was conducted from 1st to 5th March 2011 . The CENSUS Moment, the referral time at which the snapshot of the population is taken, is hours of 1st March 2011 . In parts of the States of Jammu & Kashmir, Himachal Pradesh and Uttarakhand, which are snow-bound in February, the Population Enumeration was carried out non-synchronously from 11th September, 2010 to 30th September, 2010 with a revisional round from 1st October, 2010 to 5th October, 2010. The houseless population, as has been the usual practice, was enumerated on the night of 28th February 2011 . Certain concepts which are common to both the operations are described below followed by the metadata on specific operations: Rural-Urban Areas Urban area: Urban areas are comprised of two types of administrative units Statutory Towns and CENSUS Towns. a) Statutory Towns: All administrative units that have been defined by statute as urban like Municipal Corporation, Municipality, Cantonment Board, Notified Town Area Committee, Town Panchayat, Nagar Palika etc.

3 , are known as Statutory Towns. b) CENSUS Towns: Administrative units satisfying the following three criteria simultaneously are treated as CENSUS Towns: i) A minimum population of 5,000 persons *;. ii) 75 per cent and above of the male main working population being engaged in non agricultural pursuits; and iii) A density of population of at least 400 persons per sq. km. (1,000 per sq. mile). * For the purpose of identification of places that qualify to be classified as CENSUS Towns', all villages with a population of 4000 and above as per the CENSUS 2001, a population density of 400 persons per sq. km. and having 2. at least 75 per cent of male main working population engaged in non . agricultural activity were considered. City: Towns with population of 1,00,000 and above are categorized as cities. Urban Agglomeration: An urban agglomeration is a continuous urban spread constituting a town and its adjoining outgrowths (OGs), or two or more physically contiguous towns together with or without outgrowths of such towns.

4 An Urban Agglomeration must consist of at least a statutory town and its total population ( all the constituents put together). should not be less than 20,000 as per the 2001 CENSUS . In varying local conditions, there were similar other combinations which have been treated as urban agglomerations satisfying the basic condition of contiguity. Examples: Greater Mumbai UA, Delhi UA, etc. Out Growth: An Out Growth (OG) is a viable unit such as a village or a hamlet or an enumeration block made up of such village or hamlet and clearly identifiable in terms of its boundaries and location. Some of the examples are railway colony, university campus, port area, military camp, etc., which have come up near a statutory town outside its statutory limits but within the revenue limits of a village or villages contiguous to the town. While determining the outgrowth of a town, it has been ensured that it possesses the urban features in terms of infrastructure and amenities such as pucca roads, electricity, taps, drainage system for disposal of waste water etc.

5 , educational institutions, post offices, medical facilities, banks etc. and physically contiguous with the core town of the UA. Each such town together with its outgrowth(s) is treated as an integrated urban area and is designated as an urban agglomeration'. Rural area: Any administrative area that was not classified as Urban (Statutory/ CENSUS Town) is treated as a rural area. Generally, revenue village is the basic administrative unit in the CENSUS . Premises: Premises has been defined as a building along with the land and/or common places attached to it. A building may not always have a compound wall or fencing. In such cases, the land or the common place as the case may be, that is available to the household is treated as 'Premises'. Building: A building' is generally a single structure on the ground. Usually a building has four walls and a roof. However, in some areas, the very nature of construction of building is such that there are no walls as in the case of conical structures.

6 Such conical structures are also treated as buildings. Sometimes, it is made up of more than one component unit which are used or likely to be used as dwellings (residences) or establishments such as shops, business houses, offices, factories, workshops, worksheds, schools, places of entertainment, places of worship, godowns, stores, etc. It is also possible that buildings which have component units are used for a combination of purposes such as shop-cum- residence, workshop-cum- residence, office-cum-residence, residence-cum-doctor's clinic etc. 3. CENSUS House: A CENSUS house' is a building or part of a building used or recognized as a separate unit because it has a separate main entrance from the road or common courtyard or staircase etc. It may be occupied or vacant and may be used for residential or non- residential purposes or both. Households: There are three types of households in CENSUS : Normal Household: A Normal household' in CENSUS is defined as a group of persons who normally live together and take their meals from a common kitchen unless the exigencies of work prevents any of them from doing so.

7 The persons in a household may be related or unrelated or a mix of both. However, if a group of unrelated persons live in a CENSUS house but do not take their meals from the common kitchen, they are not considered a part of a common household. Each such person is treated as a separate household. Institutional Households: A group of unrelated persons who live in an institution and take their meals from a common kitchen are considered as an Institutional Household. Boarding houses, messes, hostels, hotels, rescue homes, observation homes, beggars' homes, jails, ashrams, old age homes, children homes, orphanages, etc. are all covered in this type of household. Houseless Household: Households which do not live in buildings or CENSUS houses but live in the open or roadside, pavements, in hume pipes, under fly-overs and staircases, or in the open in places of worship, mandaps, railway platforms, etc., are to be treated as Houseless households.

8 Houseless Households are not to be covered in Houselisting phase. Location Code Directory As per the recommendations of the Metadata & data Standards (MDDS) Committee a new coding pattern for various geographical entities in INDIA has been devised. The Location Code Directory has been provided unique codes on All INDIA basis which can be used for various e- Governance purposes. The coding convention used is as described below: 1. The State code of 2 digits starting from 01 was used like earlier CENSUS . 2. All the Districts in INDIA were assigned with 3 digits codes continuously starting from 001. 3. Five digited continuous codes were used for Sub-districts within INDIA . 4. The Village code of 6 digits was used continuously within INDIA . Range of 000001 . 799999 was kept for Villages. Likewise, the towns (only statutory towns) within INDIA have been coded continuously starting from 800001. The town code range was 800001. - 899999.

9 4. Metadata on Houselisting & Housing CENSUS Predominant material of Floor: Seven categories of floor materials have been specified in CENSUS 2011 . The Enumerators were instructed to ascertain Material for Floor Code the predominant material of the floor and Mud 1. assign the appropriate code. If in a house only Wood/Bamboo 2. the drawing room had a mosaic floor while all Burnt Brick 3. other rooms and corridors had cement floor, Stone 4. the material of floor was recorded as 'Cement' Cement 5. (predominant material). Material not falling Mosaic/Floor Tiles 6. Any other 7. under any of the first six specified categories was treated as Any other'. Predominant material of Wall: There is a change in this question since the last CENSUS . Stone packed with mortar' and stone not packed with mortar' have been listed as separate categories. This is aimed at giving better clarity on the type of material used. While the first category is likely to be Material of Wall Code categorised as permanent material, the latter Grass/thatch/bamboo etc.

10 1. (stone not packed with mortar) is likely to be Plastic/polythene 2. treated as non-permanent material. Mud/unburnt Brick 3. Wood 4. Enumerators were instructed to note the Stone not packed with mortar 5. material used in the major portion of the walls Stone packed with mortar 6. of the house and record the appropriate code. sheets 7. In case of any confusion on account of the Burnt brick 8. outside surface being plastered and painted, Concrete 9. the predominant material of the wall was to Any other 0. be ascertained from the respondent. For example, in cases of walls made of mud, unburnt brick or brick plastered with cement and painted, it is not possible to record the material accurately. In such cases, the actual material such as Mud/unburnt Brick' or Burnt Brick' was ascertained from the respondent and only then appropriate codes given. In case the respondent expressed his ignorance about the material, it was classified as Any other'. 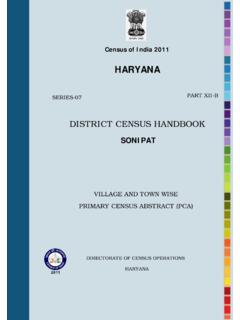 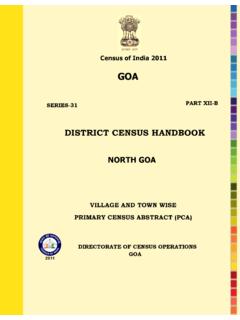 viii General Notes 1. The figures for India and Manipur, include by sex, the estimated population, 0-6 population and literates of Paomata, Mao Maram and Purul sub-divisions of Senapati district of Manipur for Census 2001 and 2011 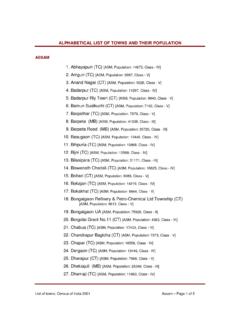 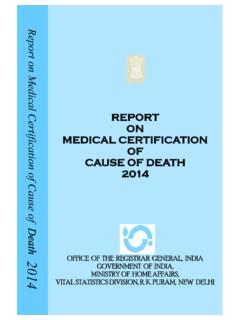 REPORT ON MEDICAL CERTIFICATION OF CAUSE …

report on medical certification of cause of death 2014 office of the registrar general, india government of india, ministry of home affairs, 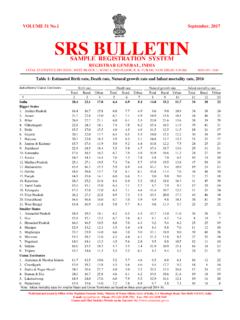 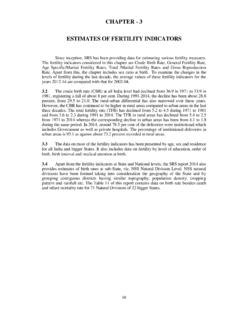 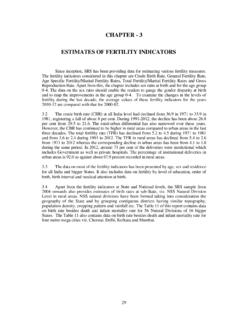 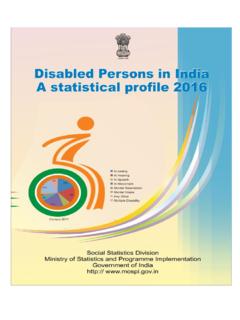 Census of India 2011 - Language in India 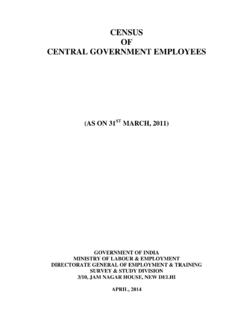 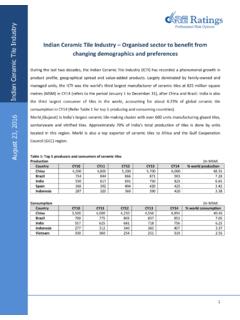