3 , shall be applicable as per enlistment rules 2005. Applicability: CPWD enlists contractors who intend to work with the DEPARTMENT . It is done to have a ready list of suitable and competent contractors for CPWD WORKS so as to minimize requirement of verification of credentials of contractors at the time of individual tenders. At the same time, only those contractors are allowed to continue in the list that remain active in CPWD. and perform well. Any Indian Individual, Sole Proprietorship Firm, Partnership Firm, PUBLIC Limited Company or a Private Limited Company may apply for enlistment as a contractor in CPWD under these rules provided the eligibility criteria and other conditions are satisfied The enlisted contractors have to abide by all the rules made herein and as amended from time to time during the currency of their enlistment . No individual, or a firm having such individual as one of the partners, who is a dismissed government servant; or removed from the approved list of contractors; or demoted to lower class; or having business banned/ suspended by any government DEPARTMENT in the past; or convicted by a court of law shall be entitled for enlistment .

4 However, cases where disciplinary action was taken against the contractor for a specified period and such penalty period is already over, his case for enlistment / revalidation can be considered. If two or more individuals form a partnership firm, and if any of the partners is having required work experience to become eligible for enlistment in any category in which enlistment is sought, their case shall be considered for enlistment of the partnership firm subject to fulfilment of other laid down criteria. (Added vide OM/MAN/196). No Engineer or any other official employed in Engineering or Administrative duties in the Engineering DEPARTMENT of the Government of India is allowed to work in the CPWD either as contractor or as employee of a contractor for a period of one year (Modified as per OM/MAN/155) after his retirement from Government service unless he has obtained prior permission of Government of India to do so.

6 (Added vide OM/MAN/228-A). 5. Scope - The enlistment of a contractor in CPWD shall only entitle him to be considered for issue of tender papers subject to the conditions laid down in each individual Notice Inviting Tenders. It shall not confer any right on him either to be necessarily issued the tender papers or for award of work . enlistment Procedure (i) For Fresh enlistment of Class I Category - The contractor shall have to submit the application online in a prescribed form for enlistment in class I category. The contractor is required to go through the instructions given at pre- page of Annexure-I for applying for online submission of Forms. After applying online application as FINAL, take the printout of the application, sign it and send it to the SE (C&M), CPWD, Room No A 332, Nirman Bhawan, New Delhi along with all supporting documents in ORIGINAL as per Annexure-II.

10 These are identified in Table I. 11. Eligibility Criteria - The contractors shall have to satisfy the minimum eligibility criteria specified in Table I, before they can be considered for enlistment . All contractors are expected to keep abreast with enlistment /revalidation rules modified from time to time. The criterion for experience, in case of enlistment , shall be the completion of requisite number of WORKS (see para also), as the case may be, of prescribed nature and magnitude executed on independent contract basis or as a builder, during the last five years. The WORKS should have been executed in the same name and style in which the enlistment is sought or all the eligible work (s) should have been secured in the name of any one of the partner. enlistment of an individual in corresponding category may also be done based on his Technical Qualification in lieu of experience of completion of WORKS in last 5 years if provision exists in Table I of the rules , but other eligibility criteria remaining the same. 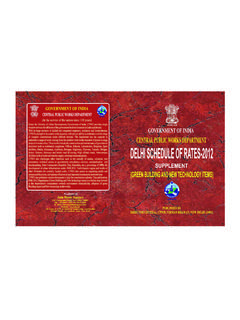 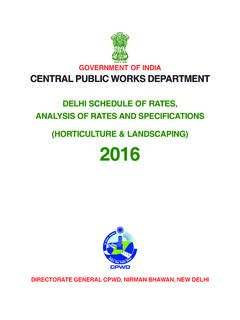 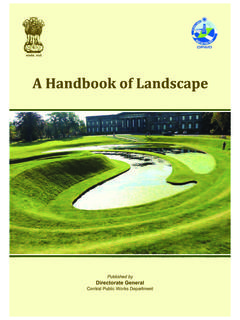 Central Public Works Department 1 Handbook of Landscape Chapter-1 Definitions (Source : NBC) 1. Avenue: A wide road or pathway lined with trees on either side. 2. Buffer : The use of landscape to curtail view, sound or dust with plants or earth berms, 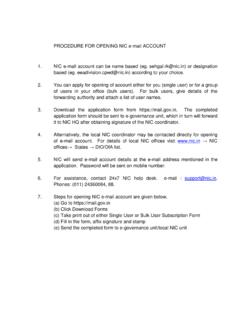 PROCEDURE FOR OPENING NIC e-mail ACCOUNT 1. NIC e-mail account can be name based (eg. sehgal.rk@nic.in) or designation based (eg. eeadivision.cpwd@nic.in) according to your choice. 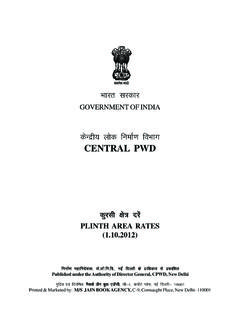 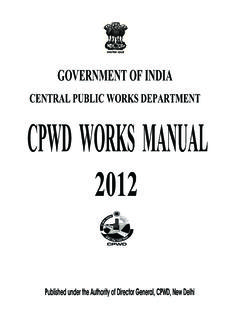 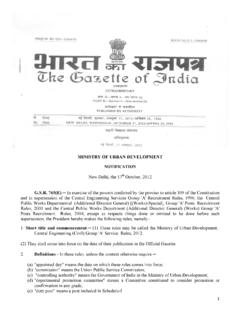 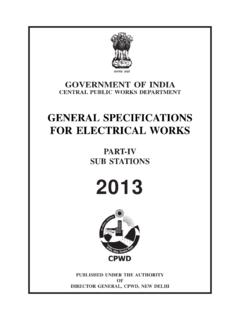 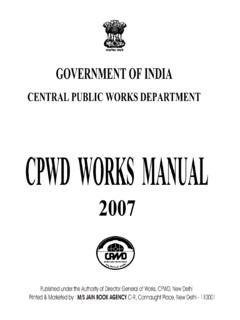 A GOVERNMENT OF INDIA PUBLICATION - CPWD

PREFACE The general approach in drafting this Manual has been to assist the honest and well-meaning officers to deliver and to increase the overall efficiency of the department. 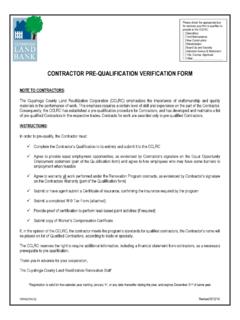 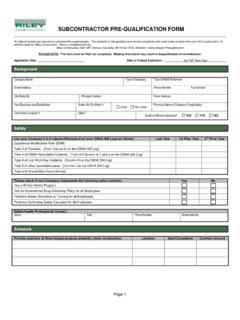 Year: Workers Compensation Insurance Carrier. Policy Number: EMR. Verification Provided: Yes. No: credit, or loan provided by a lending institution supported by a letter from a bank or an alternate equivalent. 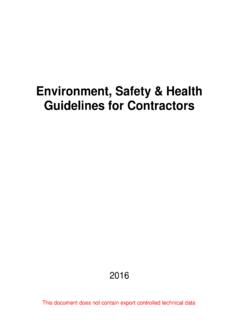