Cervical Trauma and Chronic pain Fibromyalgia caused by Cervical Injury Carolyn McMakin, MA, DC. Fibromyalgia is a Chronic pain condition that is associated with neuroendocrine dysfunction and a complex of multi-system symptoms. In order to be diagnosed as having Fibromyalgia a patient must have eleven of eighteen tender points tender to less than four pounds per square inch pressure, and a Chronic non-restorative sleep disturbance lasting more than three months. Fibromyalgia patients have reduced levels of the branch chain amino acids, reduced serum levels of serotonin, epinephrine, norepinephrine and growth hormone and increased levels of substance P in the spinal fluid. 12 Fibromyalgia is times more common in patients following Cervical injuries than it is in patients who have had lower extremity injuries. A recent study from Israel documented a 22% prevalence of Fibromyalgia 1 year after auto accidents causing whiplash injuries in comparison with a 1% prevalence after accidents involving leg fractures.

1 Cervical Trauma and Chronic pain Fibromyalgia caused by Cervical Injury Carolyn McMakin, MA, DC. Fibromyalgia is a Chronic pain condition that is associated with neuroendocrine dysfunction and a complex of multi-system symptoms. In order to be diagnosed as having Fibromyalgia a patient must have eleven of eighteen tender points tender to less than four pounds per square inch pressure, and a Chronic non-restorative sleep disturbance lasting more than three months. Fibromyalgia patients have reduced levels of the branch chain amino acids, reduced serum levels of serotonin, epinephrine, norepinephrine and growth hormone and increased levels of substance P in the spinal fluid. 12 Fibromyalgia is times more common in patients following Cervical injuries than it is in patients who have had lower extremity injuries. A recent study from Israel documented a 22% prevalence of Fibromyalgia 1 year after auto accidents causing whiplash injuries in comparison with a 1% prevalence after accidents involving leg fractures.

2 6. Patients with Fibromyalgia have augmented central processing of nociceptive stimuli in comparison with pain free controls. When measured by EEG Fibromyalgia patients have changes of greater amplitude on both sides of the brain in response to painful stimuli. pain -free controls responded on one side of the brain with smaller evoked potentials. Gibson noted an increase in late nociceptive evoked somatosensory response in 10 FMS patients as compared to 10 controls. SPECT scanning of the brain of a patient with Fibromyalgia shows reduced blood flow in the caudate nucleus of the thalamus, which is a site of central pain processing. Fibromyalgia patients have the characteristic pain of allodynia in which non-noxious stimuli such as light touch are processed as , 2. There is evidence that pain perception in Fibromylagia patients is different in quality. In normal controls the pain threshold increases gradually between 80 and 160 pressure units.

3 It spikes dramatically at 160 units of pressure. Fibromyalgia patients show a linear increase in pain intensity with pressure intensity at every level from 80 to 200 units of pressure. Animal studies show this same pattern due to central sensitization and lowered firing threshold in the dorsal horn In our Fibromyalgia clinic we have identified five distinct etiologies of Fibromyalgia . One is associated with prolonged emotional or physical stress and the subsequent adrenal depletion, leaky gut and food allergies. One is associated with exposure to organic chemicals, heavy metals or pesticides. One appears to be genetic and seems to be associated with food allergies or with increased need for enzyme substrate in the liver detoxification pathways or serotonin pathways. One type occurs after immunizations or viral illness. And there is one type of Fibromyalgia that occurs after whiplash injuries, Cervical Trauma or after surgery.

4 The post- surgical cases are thought to occur when the neck is hyper-extended during intubation and constitutes a Cervical injury. My discussion is going to focus on the Fibromyalgia or Chronic pain associated with Cervical injuries. We have successfully treated 23 patients with this type of Fibromyalgia in our clinic. Successfully is placed in quotes because we are able to reduce or eliminate their pain and provide palliative care quite easily. Returning the patient to full health is challenging but has been done in enough cases to provide hope and therapeutic direction and to suggest a model for the pathophysiology of this type of Fibromyalgia . 1. Patient Presentation and History The pain diagram and symptom complaint describes burning, aching midscapular pain , shoulder, neck, arm and hand pain that begins soon after the Cervical Trauma and persists to varying degrees from the time of the injury to the date of presentation.

5 After some period of time, usually one to six months post injury, the pain generalizes to the whole body, particularly down the thoracic and lumbar paraspinals, the gluteals and down one or both legs often into the feet. The pain is usually described as burning, aching, and tingling and occasionally as stabbing. The patients generally rate the pain as varying between a 4 and a 9/10 on a visual analogue scale. Most describe their hands and feet as feeling cold since the accident or injury. The patients have an affective response to the pain that is characteristic. The pain is particularly bothersome. Most have Chronic headaches that may be quite severe. Many have been on narcotics or Neurontin for some time. Imaging Among the 25 cases we have seen that fit this historical profile many did not have MRI studies. When MRI studies were done or available from prior physicians they all showed a disc bulge or a contained herniation usually at C5-6 or C6-7.

6 In most of the cases the films had been read as normal by the reading radiologist. They were subsequently read as having a central bulge or contained herniation by our consulting radiologist. Plain film x-rays showed anterolisthesis or retrolisthesis above or below the disc bulge in three cases. Flexion extension films were not done in all cases but when they were done they showed slight segmental hypermobility, or increased translation, at the level of disc injury or just above it. Degenerative changes were common when the injury was more than five years old. One case showed no sign of a disc injury and it was suggested by her neurologist that she had a spinal cord traction injury. Physical Examination The physical examination invariably showed hyperesthesia at one or more upper extremity dermatomes, usually C4 or C5, and normal upper extremity reflexes. Dermatomal sensation was normal in the lower extremities in all cases.

7 In most cases the patellar reflex was hyperactive and the achilles was normal. Two patients had a very hyperactive abdominal reflex. Muscle strength in all of the cases tested was +5/5 in the upper extremity. Cervical compression produced neck pain and an increase in shoulder pain in most cases. Measurement of the eighteen tender points by algometer usually showed the required eleven out of eighteen necessary for a Fibromyalgia diagnosis unless the patient was on narcotic medication. Hypothesis of pain Facilitation In order to link these cases of Fibromyalgia with the Cervical Trauma we have to make a case for the association between Cervical injury and central pain processing abnormalities. The connection lies between the Cervical discs and the anterolateral pain pathways of the spinal cord. Neuroanatomy Noxious stimuli or pain impulses travel toward the spine on two types of fibers. There are very fast myelinated A delta fibers that conduct at about 5-30 meters/second and carry heat and mechanical stimuli.

8 They are associated with well-localized sensations of sharp pricking pain . The other set of pain fibers are small slow unmyelinated C fibers that conduct at .5-2. meters/second and carry a wide variety of high intensity mechanical, chemical and thermal stimuli. They are associated with diffuse long-lasting burning pain . 13. These pain fibers enter the cord in the lateral division of the dorsal horn, synapse with second order interneurons in the cord, cross anteriorly and ascend towards the brain in the anterolateral 2. pathways, the neospinothalamic and the paleospinothalamic tracts. The faster A delta fibers cross the cord in lamina 1 and form the neospinothalamic tract carrying sharp localized pain . The second pathway carries the slower C fibers, A delta and A beta fibers and crosses in lamina V to form the paleospinothalamic and the spinoreticular components of the anterolateral system. This pathway carries deep diffuse Chronic pain and displays the phenomenon of prolonged after discharges and facilitation when large fiber input is suppressed and then followed by C fiber stimulation.

9 13 This becomes important later when we talk about how Chronic pain becomes facilitated. Cervical Trauma We know that Cervical Trauma causes cracks in the annulus and fractures in the end plates that expose the nucleus pulposus to the spinal fluid either directly or via the spinal vasculature. In their 1992 paper on disc injuries in Cervical Trauma , Taylor and Twomey describe the pathological changes in the Cervical discs created by Trauma . They did a comparative study of the Cervical spines from 16 subjects who died of major Trauma and 16 subjects who died of natural causes. 15 of the 16 Trauma subjects showed clefts in the cartilaginous endplates. The cartilaginous end plates are important because they are vascularized whereas the disc itself is avascular. The vasculature extends from the end plate into the epidural space. 19 Age related changes in the discs are found extending from the uncovertebral joints medially toward the center of the disc and do not involve the end Posterior disc herniations and facet hemarthrosis were also observed in the Trauma group and absent in the control group.

10 24. The outer annulus of Cervical discs is innervated and Cervical discs may be more extensively innervated than lumbar discs. 4, 9, 17 The rim lesions we have described usually involve the outer part of the annulus. The delayed healing and predisposition to premature degeneration after the experimental production of rim lesions in the intervertebral discs of sheep, with the tendency to vascularization of these lesions, suggest that something similar may be responsible for Chronic pain associated with soft-tissue injuries to the Cervical spine. This study and the study of Davis et al 10 show that neck extension sprain, with posterior disc herniation, may be associated with injury to the spinal cord such as localized petechial hemorrhage in the anterior columns or vascular damage to the anterior spinal or radicular arteries. 5 In the cases studied by Taylor and Twomey x-rays taken before microscopic examination did not show fractures, dislocations or subluxations. 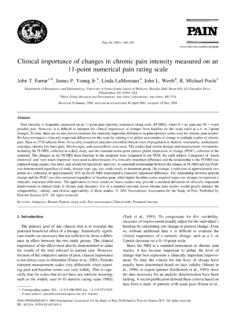 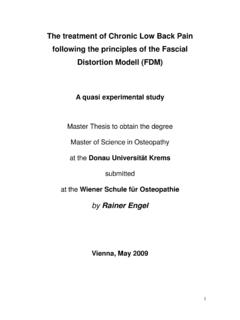 The treatment of Chronic Low Back Pain following …

Principles, Following, Chronic, Back, Pain, Distortion, Back pain following the principles of the fascial distortion, Fascial 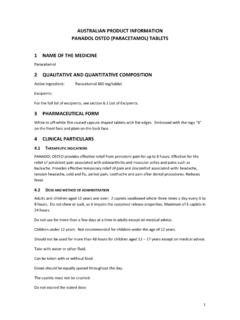 6 PANADOL OSTEO and standard immediate release paracetamol were not significantly different for a range of secondary efficacy parameters including pain during the day, pain on walking, pain relief, 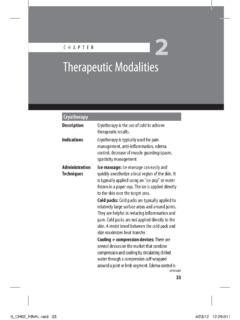 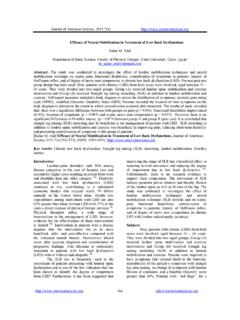 Efficacy of Neural Mobilization in Treatment of …

Treatment, Neural, Mobilization, Of neural mobilization in treatment of

Clinical Indications and Protocols For …

Clinical Indications and Protocols For Electrotherapy and Ultrasound FORM 4575A