Om Sri MahaaGanapathaye Namah Om Sri Gurubhyo Namah Om Rishibhyo Namah chandi homam Laghu Paddhati (Short Procedure). By Narasimha Rao ( ). Date of current version: 2010 Aug 21. A Word from the author My spiritual master Dr Manish Pandit hails from Pune, India and lives in Manchester, UK. The idea of spreading homam in the world was revealed to him in a dream a few years ago. He saw eight elevated beings in a dream. They transported him across blue skies to Chennai, India, where he was shown the big fire that was to be lighted in future. They told him to start the work. They assured him that homam as a spiritual sadhana was very appropriate in Kali yuga. As spiritually inclined people have fewer and fewer hours to spend on spiritual sadhana everyday with the progressing Kali yuga, sadhanas that work fast are more relevant.

1 Om Sri MahaaGanapathaye Namah Om Sri Gurubhyo Namah Om Rishibhyo Namah chandi homam Laghu Paddhati (Short Procedure). By Narasimha Rao ( ). Date of current version: 2010 Aug 21. A Word from the author My spiritual master Dr Manish Pandit hails from Pune, India and lives in Manchester, UK. The idea of spreading homam in the world was revealed to him in a dream a few years ago. He saw eight elevated beings in a dream. They transported him across blue skies to Chennai, India, where he was shown the big fire that was to be lighted in future. They told him to start the work. They assured him that homam as a spiritual sadhana was very appropriate in Kali yuga. As spiritually inclined people have fewer and fewer hours to spend on spiritual sadhana everyday with the progressing Kali yuga, sadhanas that work fast are more relevant.

2 homam works much faster than japam and other spiritual sadhanas. They told him that the practice of homam would transform into a movement that would reach across caste, class and race barriers. Later, when we were performing a Shata chandi homam in the first week of March 2006 at the Kalikambal temple in Chennai, he had a darshan of Divine Mother on a Friday and was reassured by Her about the right course of events regarding spreading homam . A Mahaganapathi homam manual was published later and several people are performing it daily or weekly or monthly. Our goal is to create a community of people who regularly perform a quick homam for the deity that they are attracted to. We intend to make manuals available for simplified homam procedures for several deities.

3 What is homam homam is a fire ritual of sacrifice. It is also known as homa or havan or yajna (yagya) or yajana. In homam , divine presence is invoked into fire using specific procedures. Then materials are sacrificed into fire, along with sacred chants (mantras). The sacrifices are supposed to reach gods. It is interesting to note that fire ritual is an ancient practice and several religions taught worshipping gods in fire. Why homam homam is a very powerful tool for spiritual progress. Chanting mantras in front of fire while offering material substances into fire has a great cleansing and calming influence on one's mind and gives great level of mental focus, peace, calmness and bliss. This practice has been extolled in many scriptures such as Yajurveda and Bhagavad Gita.

4 Vedic seers practiced it regularly. Several people are experiencing the benefits of homam even today. The proof of the pudding is 1. in eating it. If one performs homam regularly for a few months, one will surely see the difference in one's mental state. Word of Caution chandi is a very fierce and powerful deity She is the primordial energy that is responsible for the creation, sustenance and destruction of this entire universe. She is the sum total of the energies of all beings of this universe. chandi homam is unquestionably a very powerful sadhana. This ritual can be used for getting wealth and health, for success in various wordly matters and for destroying enemies. However, one performing chandi homam for such a specific purpose needs to meet some exacting demands, such as perfect pronunciation, perfect procedure and perfect materials for the purpose, and have some accumulated spiritual energy to pull off the feat.

5 Neither is the author an expert in performing homam with such an attitude nor does he teach that. This document is strictly for one who performs chandi homam for spiritual upliftment and looks at the Divine Mother as a mother and looks at oneself as a helpless child who desperately wants to improve. This document is strictly for one who is willing to undergo whatever one's mother wants one to undergo, for the sake of spiritual upliftment. However, it is not necessary that She should take away one's material success and prosperity in order to give spiritual upliftment. In fact, many people who perform chandi homam everyday or every week using this document may experience continued or even increased material success (and yet be able to remain detached from it and progress spiritually).

6 However, in some cases, She may decide to give a shock or two in worldly matters if something is badly blocking one's spiritual progress and a setback is needed. The path towards self-realization is different for each person. She knows the best for each person. Unless one is willing to surrender to Her completely and accept whatever comes one's way good or bad as Her blessings and unless one does not expect any specific material benefit from this homam , one should not use this document to perform chandi homam . Again, as emphasized in the Mahaganapathi homam manual, regularity is the key. Performing a homam once in a while is insufficient. One should repeat the sadhana daily or weekly. If one performs chandi homam once everyday, it is almost sure to transform one's attitude and outlook and put one's spiritual evolution on the fast track.

8 It contains thousands of naadis, which are essentially subtle channels of energy flow. A fire called bhootaagni (existential fire). burns in this subtle body. It is the subtle basis of one's entire existence. It manifests in the gross body in the form of various fires. Examples are the fire in the stomach that helps one digest the food eaten and the fire in the brain that helps one digest and understand various sense experiences. This bhootaagni is vital to one's existence. In most people, it is quite weak. Due to impurities and obstructions in the naadis of the subtle body, this fire cannot burn strongly to energize the entire existence. When it burns low, the divine presence that can enter it is quite limited in magnitude.

9 If one overcomes the internal weaknesses such as desire, anger, greed, false prestige, wantonness and jealousy, develops compassion, one-pointed devotion, detachment, and sheds one layer of ego and delusion after another, eventually the impurities in the naadis will be cleared and bhootaagni will burn strong. However, this is a very difficult and time-consuming process. One can take advantage of an external fire in that regard. As the deity of homam enters the external fire on a regular basis, the nearby divine presence burns the impurities in the naadis, by burning various karmas (actions from the past, which will get corresponding reactions in the future) in the kaarana sareera (causal body). This eventually leads to the strengthening of bhootaagni.

10 After one performs homam for a long enough time, one's naadis are cleared of the obstructions and one's bhootaagni burns brightly. At that juncture, all sadhanas performed by one, including regular meditation, become much more effective. If bhootaagni can accommodate divine presence to a larger degree, the meditation becomes more effective. The goal of all spiritual sadhana, whether one thinks in those terms or not, is actually to cleanse oneself of all the internal impurities. Various karmas from previous lives hang on to the kaarana sareera (causal body), making it heavy. These in turn manifest in the sookshma sareera (subtle body) as various impurities in various nadis (subtle energy channels) that block the free flow of energy. 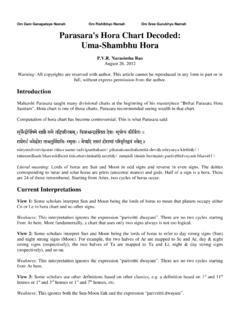 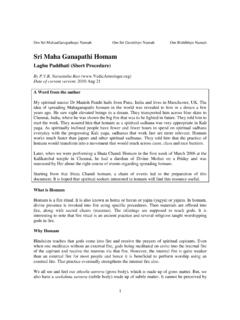 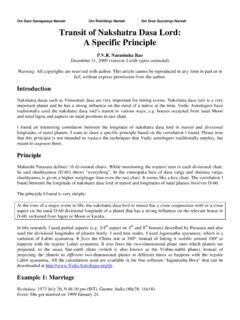 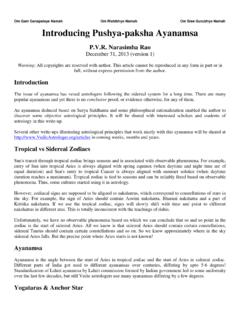 In each constellation (nakshatra), Surya Siddhanta identified one specific star as the “yogatara” and gave its exact sidereal longitude and latitude (latitude is the angle from the zodiacal plane or the plane of ecliptic, i.e. the plane in which earth rotates around Sun). 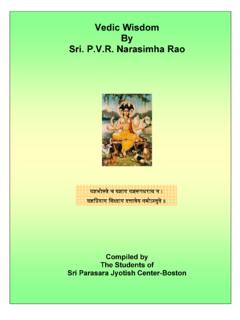 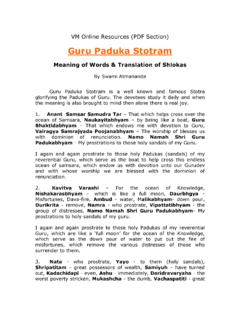 masters of speech. Namo Namah Shri Guru Padukabhyam - My prostrations to holy sandals of my guru. Those who prostrate to the blessed padukas of their Guru, shortly 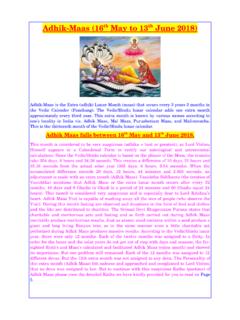 Adhik-Maas (16th May to 13th June 2018) Adhik-Maas is the Extra (adhik) Lunar Month (maas) that occurs every 3 years 3 months in the Vedic Calender (Panchang). The Vedic/Hindu lunar calendar adds one extra month 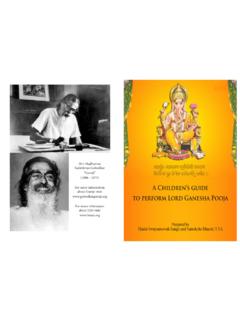 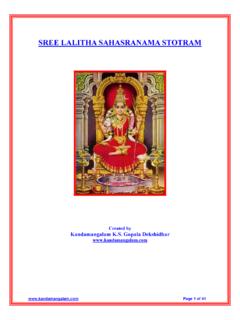 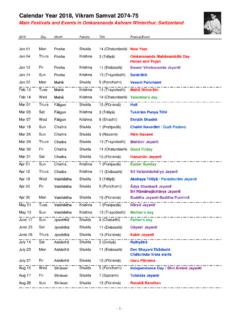 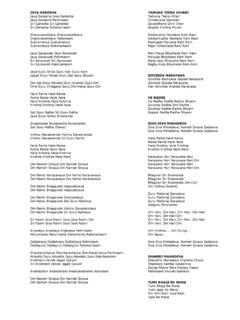 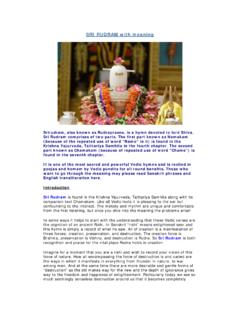