statement auditing and devoted to furnishing reliable operating reports containing nonfinancial data such as “quantities of parts in short supply, adherence to schedules, and quality of the product” (Whittington & Pany, 1998).

2 The IIA publishes this document for informational and educational purposes. This document is intended to provide information, but is not a substitute for legal or accounting advice. The IIA does not provide such advice and makes no warranty as to any legal or accounting results through its publication of this document. When legal or accounting issues arise, professional assistance should be sought and retained. The Professional Practices Framework for Internal Auditing (PPF) was designed by The IIA Board of Directors'. Guidance Task Force to appropriately organize the full range of existing and developing practice guidance for the profession.

4 In the recently released edition of 60. Years of Progress Through Sharing, chronicling the History of The IIA, Internal Auditing historian Dale L. Flesher notes: The IIA's 60-year History is illustrious and each of the highlights featured in this 10- year narration [supplementing the 50-year History of The IIA] have contributed to the organization that The IIA is today: The primary international professional association dedicated to the promotion and development of the practice of Internal Auditing . The recognized authority, chief educator, and acknowledged leader in standards, certification, research, and technological guidance for the profession worldwide.

5 Global headquarters for 76,400 members in 141 countries. (Flesher & McIntosh, 2002, ix). Considering The IIA's rather humble origins a small band of 24 charter members who held the inaugural IIA meeting in New York City1 on December 9, 1941 this worldwide expansion, continuing relevance, and increasing influence and recognition of The IIA and the Internal Auditing profession over the last 60 years constitutes remarkable growth and progress. Indeed, the Internal Auditing profession certainly appears poised for continued dynamic growth and promises to become a profession for the 21st century.

6 2. II. Internal Auditing : An Historical Perspective The demand for both external and Internal Auditing is sourced in the need to have some means of independent verification to reduce record-keeping errors, asset misappropriation, and fraud within business and nonbusiness organizations. The roots of Auditing , in general, are intuitively described by accounting historian Richard Brown (1905, quoted in Mautz &. Sharaf, 1961) as follows: The origin of Auditing goes back to times scarcely less remote than that of accounting Whenever the advance of civilization brought about the necessity of one man being intrusted to some extent with the property of another, the advisability of some kind of check upon the fidelity of the former would become apparent.

7 The Institute of Internal Auditors Research Foundation _____ Chapter 1: Internal Auditing : History , Evolution , and Prospects 3. As far back as 4000 , historians believe, formal record-keeping systems were first instituted by organized businesses and governments in the Near East to allay their concerns about correctly accounting for receipts and disbursements and collecting taxes. Similar developments occurred with respect to the Zhao dynasty in China (1122-256 ). The need for and indications of audits can be traced back to public finance systems in Babylonia, Greece, the Roman Empire, the City States of Italy, etc.

8 , all of which developed a detailed system of checks and counterchecks. Specifically, these governments were worried about incompetent officials prone to making bookkeeping errors and inaccuracies as well as corrupt officials who were motivated to perpetrate fraud whenever the opportunity arose. Even the Bible (referring to the period between 1800 and 95) explains the basic rationale for instituting controls rather straightforwardly: if employees have an opportunity to steal they may take advantage of it. The Bible also contains examples of Internal controls such as the dangers of dual custody of assets, the need for competent and honest employees, restricted access, and segregation of duties (O'Reilly et al.)

9 , 1998). Historically then, the emergence of double-entry bookkeeping in circa 1494 can be directly traced to the critical need for exercising stewardship and control. Throughout European History , for instance, fraud cases such as the South Sea bubble of the 18th century, and the tulip scandal . provided the justification for exercising more control over managers. Within a span of a couple of centuries, the European systems of bookkeeping and Auditing were introduced into the United States. As business activities grew in size, scope, and complexity, a critical need for a separate Internal assurance function that would verify the (accounting) information used for decision-making by management emerged.

10 Management needed some means of evaluating not only the efficiency of work performed for the business but also the honesty of its employees. Around the turn of the 20th century, the establishment of a formal Internal audit function to which these responsibilities could be delegated was seen as the logical answer. In due course, the Internal audit function became responsible for careful collection and interpretive reporting of selected business facts to enable management to keep track of significant business developments, activities, and results from diverse and voluminous transactions (Mautz, 1964). 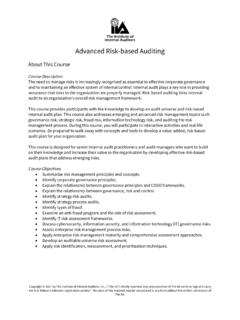 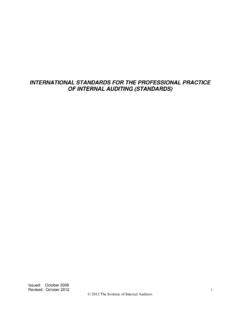 INTERNATIONAL STANDARDS FOR THE ... - … 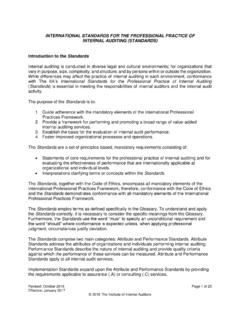 INTERNATIONAL STANDARDS FOR THE …

INTERNATIONAL STANDARDS FOR THE PROFESSIONAL PRACTICE OF INTERNAL AUDITING (STANDARDS) ... auditors are accountable for conforming with the standards related to individual objectivity, proficiency, and due professional care and the standards relevant to the performance of their 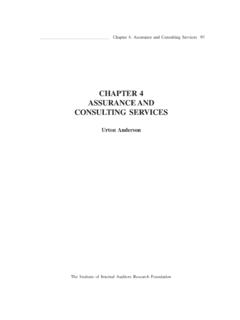 Internal auditing provides a variety of services to the ... in providing assurance services are ... _____ Chapter 4: Assurance and Consulting Services 99 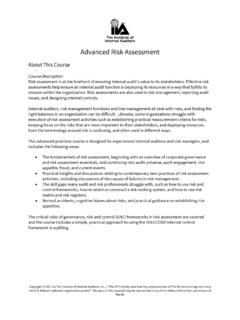 Advanced Risk Assessment About This Course ... This advanced practices course is designed for experienced internal auditors and risk managers, and ... The maturing of internal auditing from compliance to GRC Models of effective of Organization Governance 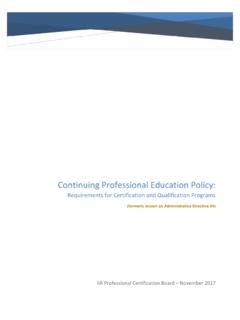 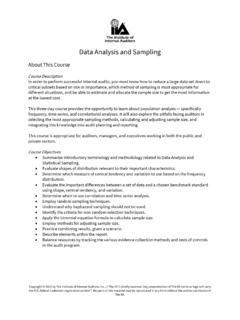 Data Analysis and Sampling - The Institute of …

Data Analysis and Sampling ... Summarize introductory terminology and methodology related to ... Determine which measure of central tendency and variation ... 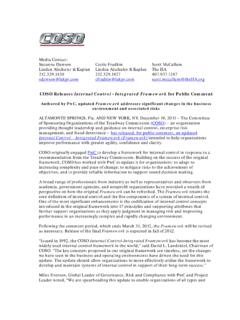 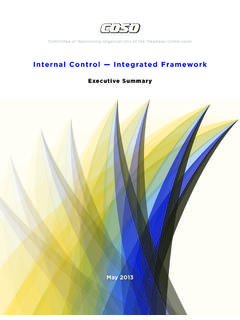 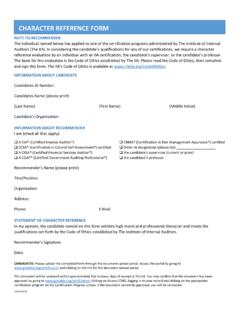 statement of character reference In my opinion, the candidate named on this form exhibits high moral and professional character and meets the qualifications set forth by the Code of Ethics established by The Institute of Internal Auditors.

Factors affecting the quality of Auditing: The Case of ...

affecting audit quality in eastern developing countries such as Jordan. In addition, this research adds further evidence to the value of studying auditing efficiency, the reputation of audit firm, auditing fees, the size of auditing office, and the proficiency of auditor on the quality of auditing. 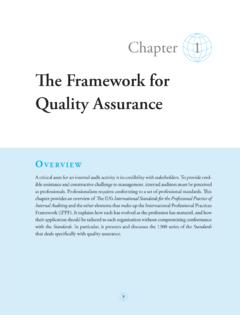 The Framework for Quality Assurance 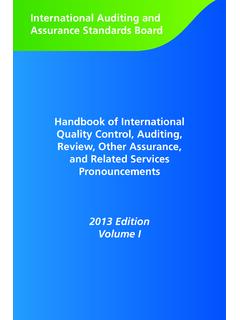 International Auditing and Assurance Standards Board

Standards Board’s (IAASB) standards on quality control, auditing, review, other assurance and related services, as well as the non-authoritative International Auditing Practice Notes (IAPNs). It also includes a preface to the IAASB’s pronouncements, and a glossary of terms. This handbook replaces the 2012 edition of the Handbook.

Quality Control for an Engagement Conducted in Accordance ...