From the Library at Chapter 12. Weather Theory Introduction Weather is an important factor that influences aircraft performance and flying safety. It is the state of the atmosphere at a given time and place with respect to variables, such as temperature (heat or cold), moisture (wetness or dryness), wind velocity (calm or storm), visibility (clearness or cloudiness), and barometric pressure (high or low). The term Weather can also apply to adverse or destructive atmospheric conditions, such as high winds. This Chapter explains basic Weather Theory and offers pilots background knowledge of Weather principles. It is designed to help them gain a good understanding of how Weather affects daily flying activities. Understanding the theories behind Weather helps a pilot make sound Weather decisions based on the reports and forecasts obtained from a Flight Service Station (FSS) Weather specialist and other aviation Weather services.

12-1 Weather Theory Chapter 12 Introduction Weather is an important factor that influences aircraft performance and flying safety. It is the state of the atmosphere

1 From the Library at Chapter 12. Weather Theory Introduction Weather is an important factor that influences aircraft performance and flying safety. It is the state of the atmosphere at a given time and place with respect to variables, such as temperature (heat or cold), moisture (wetness or dryness), wind velocity (calm or storm), visibility (clearness or cloudiness), and barometric pressure (high or low). The term Weather can also apply to adverse or destructive atmospheric conditions, such as high winds. This Chapter explains basic Weather Theory and offers pilots background knowledge of Weather principles. It is designed to help them gain a good understanding of how Weather affects daily flying activities. Understanding the theories behind Weather helps a pilot make sound Weather decisions based on the reports and forecasts obtained from a Flight Service Station (FSS) Weather specialist and other aviation Weather services.

2 Be it a local flight or a long cross-country flight, decisions based on Weather can dramatically affect the safety of the flight. 12-1. Atmosphere The atmosphere is a blanket of air made up of a mixture of gases that surrounds the Earth and reaches almost 350 miles 1%. from the surface of the Earth. This mixture is in constant motion. If the atmosphere were visible, it might look like 21% Oxygen an ocean with swirls and eddies, rising and falling air, and waves that travel for great distances. 78% itrogen Life on Earth is supported by the atmosphere, solar energy, and the planet's magnetic fields. The atmosphere absorbs energy from the sun, recycles water and other chemicals, and N. works with the electrical and magnetic forces to provide a moderate climate.

3 The atmosphere also protects life on Earth from high energy radiation and the frigid vacuum of space. Figure 12-1. Composition of the atmosphere. Composition of the Atmosphere In any given volume of air, nitrogen accounts for 78 percent atmosphere have been identified using thermal characteristics of the gases that comprise the atmosphere, while oxygen (temperature changes), chemical composition, movement, makes up 21 percent. Argon, carbon dioxide, and traces and density. [Figure 12-2]. of other gases make up the remaining one percent. This volume of air also contains some water vapor, varying from The first layer, known as the troposphere, extends from 6. zero to about five percent by volume. This small amount of to 20 kilometers (km) (4 to 12 miles) over the northern and water vapor is responsible for major changes in the Weather .

4 Southern poles and up to 48,000 feet ( km) over the [Figure 12-1] equatorial regions. The vast majority of Weather , clouds, storms, and temperature variances occur within this first The envelope of gases surrounding the Earth changes layer of the atmosphere. Inside the troposphere, the average from the ground up. Four distinct layers or spheres of the temperature decreases at a rate of about 2 Celsius (C) every ere et o sph 280,000 fe erm Th her e feet p 160,000. sos Me ere fe et sph 20,000. a to Str re phe pos Tr o Figure 12-2. Layers of the atmosphere. 12-2. 1,000 feet of altitude gain, and the pressure decreases at a rate of about one inch per 1,000 feet of altitude gain. At the top of the troposphere is a boundary known as the tropopause, which traps moisture and the associated Weather in the troposphere.

5 The altitude of the tropopause varies with latitude and with the season of the year; therefore, it takes on an elliptical shape as opposed to round. Location of the tropopause is important because it is commonly associated with the location of the jet stream and possible clear air turbulence. Above the tropopause are three more atmospheric levels. The first is the stratosphere, which extends from the tropopause to a height of about 160,000 feet (50 km). Little Weather exists in this layer and the air remains stable, although certain types of clouds occasionally extend in it. Above the stratosphere are the mesosphere and thermosphere, which have little influence over Weather . Figure 12-3. Circulation pattern in a static environment. Atmospheric Circulation Atmospheric Pressure As noted earlier, the atmosphere is in constant motion.

6 The unequal heating of the Earth's surface not only modifies Certain factors combine to set the atmosphere in motion, but a air density and creates circulation patterns; it also causes major factor is the uneven heating of the Earth's surface. This changes in air pressure or the force exerted by the weight heating upsets the equilibrium of the atmosphere, creating of air molecules. Although air molecules are invisible, they changes in air movement and atmospheric pressure. The still have weight and take up space. movement of air around the surface of the Earth is called atmospheric circulation. Imagine a sealed column of air that has a footprint of one square inch and is 350 miles high. It would take pounds Heating of the Earth's surface is accomplished by several of effort to lift that column.

7 This represents the air's weight;. processes, but in the simple convection-only model used for if the column is shortened, the pressure exerted at the bottom this discussion, the Earth is warmed by energy radiating from (and its weight) would be less. the sun. The process causes a circular motion that results when warm air rises and is replaced by cooler air. The weight of the shortened column of air at 18,000 feet is approximately pounds; almost 50 percent that at sea level. Warm air rises because heat causes air molecules to spread For instance, if a bathroom scale (calibrated for sea level). apart. As the air expands, it becomes less dense and lighter were raised to 18,000 feet, the column of air weighing than the surrounding air. As air cools, the molecules pack pounds at sea level would be 18,000 feet shorter and would together more closely, becoming denser and heavier than weigh approximately pounds (50 percent) less than at warm air.

8 As a result, cool, heavy air tends to sink and replace sea level. [Figure 12-4]. warmer, rising air. The actual pressure at a given place and time differs with Because the Earth has a curved surface that rotates on a tilted altitude, temperature, and density of the air. These conditions axis while orbiting the sun, the equatorial regions of the Earth also affect aircraft performance, especially with regard to receive a greater amount of heat from the sun than the polar takeoff, rate of climb, and landings. regions. The amount of solar energy that heats the Earth depends on the time of year and the latitude of the specific Coriolis Force region. All of these factors affect the length of time and the In general atmospheric circulation Theory , areas of low angle at which sunlight strikes the surface.

10 Then, it flows southward along the surface back toward the equator. Coriolis force bends the flow to the right, correct in Theory , the circulation of air is modified by several thus creating the northeasterly trade winds that prevail from forces, the most important of which is the rotation of the Earth. 30 latitude to the equator. Similar forces create circulation cells that encircle the Earth between 30 and 60 latitude and The force created by the rotation of the Earth is known as between 60 and the poles. This circulation pattern results in the Coriolis force. This force is not perceptible to humans as the prevailing upper level westerly winds in the conterminous they walk around because humans move slowly and travel United States. relatively short distances compared to the size and rotation rate of the Earth. To determine that the applicant exhibits satisfactory knowledge, risk management, and skills associated with airman and medical certificates … 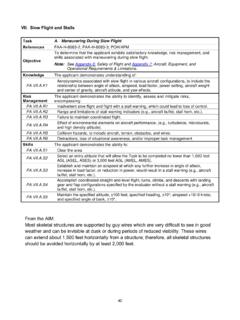 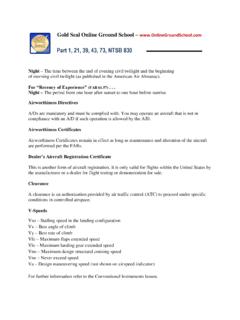 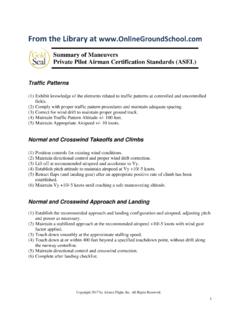 From the Library at www - Gold Seal Online Ground …

3 Forward Slip to a Landing (1) Select a suitable touchdown point. (2) Establish a slip attitude at a point from which a landing can be made using the recommended 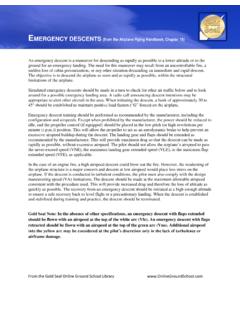 EMERGENCY DESCENTS (from the Airplane Flying …

E MERGENCY DESCENTS (from the Airplane Flying Handbook, Chapter 16) An emergency descent is a maneuver for descending as …

Learn to Fly with Gold Seal Russ Still, Master CFI Your Get-Started Guidebook . 6 ... We will guide you through the process and point you toward the resources you will need. ... thrill seekers. In fact, the average student pilot is probably just like the average American. No special education is required to get started, and you 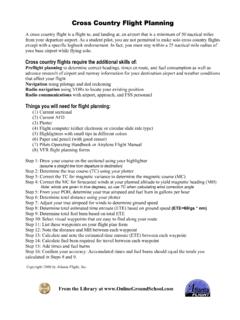 Cross Country Flight Planning. A cross country flight is a flight to, and landing at, an airport that is a minimum of 50 nautical miles from your departure airport. 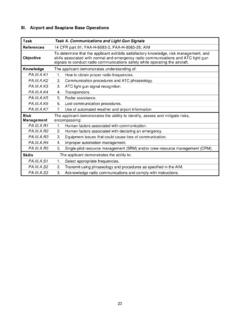 III. Airport and Seaplane Base Operations

To determine that the applicant exhibits satisfactory knowledge, risk management, and skills associated with normal and emergency radio communications and ATC light gun 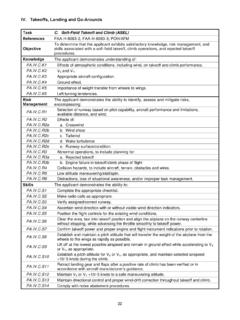 To determine that the applicant exhibits satisfactory knowledge, risk management, and skills associated with a soft-field takeoff, climb operations, and rejected takeoff

FEDERAL AVIATION ADMINISTRATION FAA-H-808 Chapter 10: IFR Flight I www.GoldMethod.com. 10-1 Introduction This chapter is a discussion of conducting a flight under instrument flight rules (IFR). It also explains the sources for flight planning, the conditions associated with instrument 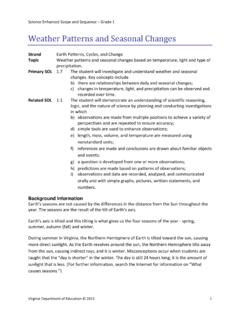 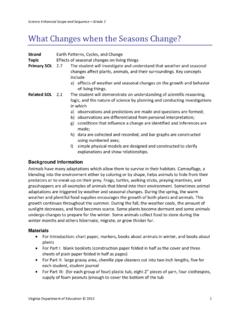 What Changes when the Seasons Change? 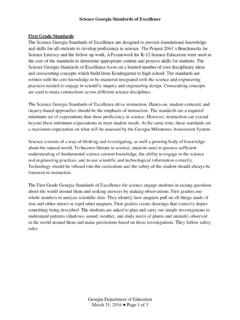 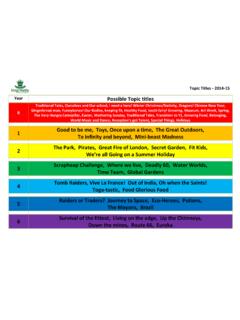 1 2 We’re all Going on a Summer Holiday 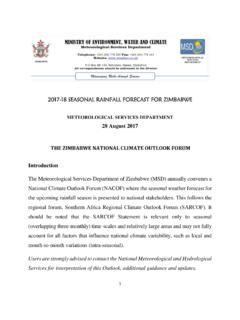 11 F3) Seasonal Course of the Dow Jones Prices increase on average through the beginning of June before pausing or decreasing. Rising prices generally return again in … 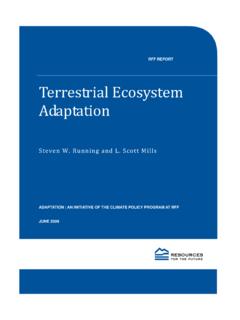