CHAPTER 2. FOREIGN DIRECT INVESTMENT AND THE …

CHAPTER 2. FOREIGN DIRECT INVESTMENT . AND THE multinational CORPORATION. INTRODUCTION. International business activity is by no means a recent phenomenon. The lives of Phoenicians and Carthaginians, in the ancient world, were deeply dependent on international business. This economic activity included FOREIGN DIRECT INVESTMENT (FDI), joint ventures and strategic alliances, among other forms of internationalisation (Moore and Lewis, 1999). Several multinational corporations (MNEs) can also be identified in Europe in the middle ages and in the beginning of the modern era (Dunning, 1993a;. Jones, 1996). The origins of modern international business activity however, are associated with the industrial revolution.

CHAPTER 2. FOREIGN DIRECT INVESTMENT AND THE MULTINATIONAL CORPORATION 2.1. INTRODUCTION International business activity is by no means a recent phenomenon. The lives of Phoenicians and Carthaginians, in the ancient world, were deeply dependent on

1 CHAPTER 2. FOREIGN DIRECT INVESTMENT . AND THE multinational CORPORATION. INTRODUCTION. International business activity is by no means a recent phenomenon. The lives of Phoenicians and Carthaginians, in the ancient world, were deeply dependent on international business. This economic activity included FOREIGN DIRECT INVESTMENT (FDI), joint ventures and strategic alliances, among other forms of internationalisation (Moore and Lewis, 1999). Several multinational corporations (MNEs) can also be identified in Europe in the middle ages and in the beginning of the modern era (Dunning, 1993a;. Jones, 1996). The origins of modern international business activity however, are associated with the industrial revolution.

2 Modern MNEs, in particular, have their roots in the massive international movement of factors that took place in the nineteenth century (Dunning, 1993a: ). Resource-seeking was the most common motivation of FDI in this period, even if by 1850 many firms had already crossed the Atlantic, in both directions, in what can be defined as market-seeking INVESTMENT (Dunning, 1993a: ; Jones, 1996: ). 8. Despite the presence of FDI, most FOREIGN INVESTMENT in the nineteenth century - and indeed until the late 1940s was portfolio capital. As a result, international business activity was largely ignored in economic theory until the late 1950s. On the one hand, the phenomenon did not have a major perceived economic impact.

3 It was widely assumed that MNEs were a passing post-war phenomenon originating in the United States (Jones, 1996: ). On the other hand (and probably more importantly), the neo-classical theory, based upon perfect markets and the international immobility of factors, did not easily incorporate multinational activity. The growth of FDI (and of the MNEs themselves) that followed World War II. emphasised the inadequacy of the neo-classical theory to explain the phenomenon and the need for a whole new approach. The volume of FDI not only grew substantially, it started to reduce its concentration in primary goods, and to be increasingly directed towards the production of knowledge-based products in other developed countries (Buckley and Casson, 1976: ).

4 Furthermore, important changes in the organisation of international business were taking place, in particular, the development of horizontal MNEs and the new Japanese vertical FOREIGN investments (Dunning, 1979: ; 1993a, )1. Despite its late arrival, international business literature (and in particular that on FDI). proliferated with increasing speed. The publication of the product cycle theory by Raymond Vernon (1966) was followed by extensive research on the determinants of FOREIGN production, in particular by scholars at the Harvard Business School led by Vernon himself. In the mean time, John Dunning brought a copy of Stephen Hymer's 1960 PhD.

5 Thesis to the University of Reading where, together with the work of Charles Kindleberger, it had a major impact. The two approaches of the Reading School' - the internalisation theory (Buckley, Casson, Rugman, Hennart) and the eclectic paradigm (Dunning) - provided a consistent explanation of the reasons why firms choose to own production and trading facilities abroad. Furthermore, scholars at the University of Uppsala (Johanson, Wiedersheim-Paul, Vahlne) started investigating the internationalisation process of individual firms, widening the scope of the new discipline. 1 Until World War II Japanese outward FDI was dominated by trading and financial companies (Dunning, 1993a: ).

6 9. THE DETERMINANTS OF FOREIGN DIRECT INVESTMENT . Over a quarter of a century ago, Dunning (1973: ) observed that [t]here are few branches of economic analysis which are not directly relevant to an understanding of the origin and growth of multinational enterprises . The result was a wide range of approaches to international business, often dependent on the researchers' backgrounds. Capital theory Until the 1950s, international DIRECT INVESTMENT was entirely explained within the traditional theory of international capital movements. Like other forms of international INVESTMENT , FDI was seen as a response to differences in the rates of return on capital between countries.

7 This suggestion was reinforced by the empirical observation that American firms (the major source of FDI in the 50s) obtained a higher rate of return from their European investments than at home (Mundell, 1960). However, the differential rate of return hypothesis did not resist the inversion in that relationship registered in the 1960s, which was still accompanied by increases in US INVESTMENT in Europe (Hufbauer, 1975). Neither did it receive much empirical support2. Hymer (1960) was the first to expose the deficiencies of this approach. He claimed that the differential rate of return hypothesis was not consistent with several observed characteristics of international INVESTMENT .

8 First, the United States combined net outflows of FDI with net inflows of portfolio capital. Second, flows of FDI in both directions between two countries were not rare. Third, many subsidiaries complemented the inflow of DIRECT INVESTMENT with capital borrowed in local markets. And, finally, manufacturing companies were at the time far more important in international DIRECT INVESTMENT than financial firms. Furthermore, an international difference in expected returns is not sufficient to induce FDI (Caves, 1982: ). Under perfect markets, an increase in the short run profits of firms in one country would not induce international INVESTMENT .

9 Instead, it would attract new entrants that would eliminate any excess profits. Perfect markets and MNEs are not compatible (Hymer, 1960; Kindleberger, 1969; Hufbauer, 1975). 2 For a survey of empirical tests see, for example, Agarwal (1980: ). See also Caves (1996: ). 10. Somewhat more refined than the differential rate of return hypothesis is the portfolio approach, developed in the 1960s using a Tobin/Markowitz stock adjustment model3. The portfolio approach assumes that part of the excess profits that should be earned in FOREIGN markets are simply rents for higher risk associated with this alternative use of capital. As recently as 1992, Brainard and Tobin4 proposed a model in which FDI is simply one of the alternatives to portfolio INVESTMENT .

10 The rates of return of the different alternative investments are matched with an element of risk in the choice between (imperfectly). substitutable assets to build an efficient portfolio. However, the introduction of a risk correction element, more than being insufficient to eliminate the theoretical drawbacks of the underlying theory, highlights its deficiencies. In fact, Hymer's criticisms of the differential rate of return hypothesis (see above) fully apply to the portfolio theory as well. Furthermore, MNEs can provide a cheap international diversification of a portfolio, but only at a cost: the difference between the (rigid) international mix provided and each investor's optimal mix. 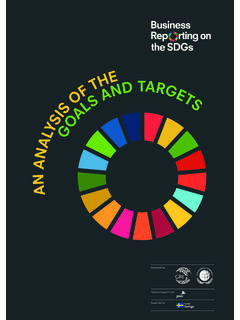