Chapter 2. GAME THEORY IN SUPPLY CHAIN analysis . G erard P. Cachon The Wharton School University of Pennsylvania Philadelphia, PA 19104. Serguei Netessine The Wharton School University of Pennsylvania Philadelphia, PA 19104. Abstract Game THEORY has become an essential tool in the analysis of SUPPLY chains with multiple agents, often with conflicting objectives. This Chapter surveys the applications of game THEORY to SUPPLY CHAIN analy- sis and outlines game-theoretic concepts that have potential for future application. We discuss both non-cooperative and cooperative game THEORY in static and dynamic settings. Careful attention is given to tech- niques for demonstrating the existence and uniqueness of equilibrium in non-cooperative games . A newsvendor game is employed throughout to demonstrate the application of various Keywords: Game THEORY , non-cooperative, cooperative, equilibrium concepts 1.

Game Theory in Supply Chain Analysis 3 discussion of important GT concepts covered in other chapters in this book: auctions in Chapters 4 and 10; principal-agent models in Chapter

1 Chapter 2. GAME THEORY IN SUPPLY CHAIN analysis . G erard P. Cachon The Wharton School University of Pennsylvania Philadelphia, PA 19104. Serguei Netessine The Wharton School University of Pennsylvania Philadelphia, PA 19104. Abstract Game THEORY has become an essential tool in the analysis of SUPPLY chains with multiple agents, often with conflicting objectives. This Chapter surveys the applications of game THEORY to SUPPLY CHAIN analy- sis and outlines game-theoretic concepts that have potential for future application. We discuss both non-cooperative and cooperative game THEORY in static and dynamic settings. Careful attention is given to tech- niques for demonstrating the existence and uniqueness of equilibrium in non-cooperative games . A newsvendor game is employed throughout to demonstrate the application of various Keywords: Game THEORY , non-cooperative, cooperative, equilibrium concepts 1.

2 2. 1. Introduction Game THEORY (hereafter GT) is a powerful tool for analyzing situa- tions in which the decisions of multiple agents a ect each agent's payo . As such, GT deals with interactive optimization problems. While many economists in the past few centuries have worked on what can be consid- ered game-theoretic models, John von Neumann and Oskar Morgenstern are formally credited as the fathers of modern game THEORY . Their clas- sic book THEORY of games and Economic Behavior , von Neumann and Morgenstern (1944), summarizes the basic concepts existing at that time. GT has since enjoyed an explosion of developments, including the concept of equilibrium by Nash (1950), games with imperfect informa- tion by Kuhn (1953), cooperative games by Aumann (1959) and Shubik (1962) and auctions by Vickrey (1961), to name just a few.

3 Citing Shubik (2002), In the 50s .. game THEORY was looked upon as a curio- sum not to be taken seriously by any behavioral scientist. By the late 1980s, game THEORY in the new industrial organization has taken over .. game THEORY has proved its success in many disciplines.. This Chapter has two goals. In our experience with GT problems we have found that many of the useful theoretical tools are spread over dozens of papers and books, buried among other tools that are not as useful in SUPPLY CHAIN management (hereafter SCM). Hence, our first goal is to construct a brief tutorial through which SCM researchers can quickly locate GT tools and apply GT concepts. Due to the need for short explanations, we omit all proofs, choosing to focus only on the intu- ition behind the results we discuss.

4 Our second goal is to provide ample but by no means exhaustive references on the specific applications of various GT techniques. These references o er an in-depth understand- ing of an application where necessary. Finally, we intentionally do not explore the implications of GT analysis on SUPPLY CHAIN management, but rather, we emphasize the means of conducting the analysis to keep the exposition short. Scope and relation to the literature There are many GT concepts, but this Chapter focuses on concepts that are particularly relevant to SCM and, perhaps, already found their applications in the literature. We dedicate a considerable amount of space to the discussion of static non-cooperative, non-zero sum games , the type of game which has received the most attention in the recent SCM literature.

5 We also discuss cooperative games , dynamic/di erential games and games with asymmetric/incomplete information. We omit Game THEORY in SUPPLY CHAIN analysis 3. discussion of important GT concepts covered in other chapters in this book: auctions in Chapters 4 and 10; principal-agent models in Chapter 3; and bargaining in Chapter 11. The material in this Chapter was collected predominantly from Fried- man (1986), Fudenberg and Tirole (1991), Moulin (1986), Myerson (1997), Topkis (1998) and Vives (1999). Some previous surveys of GT models in management science include Lucas's (1971) survey of mathematical THEORY of games , Feichtinger and Jorgensen's (1983) survey of di erential games and Wang and Parlar's (1989) survey of static models. A recent survey by Li and Whang (2001) focuses on application of GT tools in five specific OR/MS models.

6 2. Non-cooperative static games In non-cooperative static games the players choose strategies simul- taneously and are thereafter committed to their chosen strategies, , these are simultaneous move, one-shot games . Non-cooperative GT. seeks a rational prediction of how the game will be played in The solution concept for these games was formally introduced by John Nash (1950) although some instances of using similar concepts date back a couple of centuries. Game setup To break the ground for the section, we introduce basic GT notation. A warning to the reader: to achieve brevity, we intentionally sacrifice some precision in our presentation. See texts like Friedman (1986) and Fudenberg and Tirole (1991) if more precision is required. Throughout this Chapter we represent games in the normal form.

8 For example, a player can give his or her strategy to a person that has absolutely no knowledge of the player's payo or preferences and that person should be able to use the instruc- tions contained in the strategy to choose the actions the player desires. As a result, each player's set of feasible strategies must be independent of the strategies chosen by the other players, , the strategy choice by one player is not allowed to limit the feasible strategies of another player. (Otherwise the game is ill defined and any analytical results obtained from the game are questionable.). In the normal form players choose strategies simultaneously. Actions are adopted after strategies are chosen and those actions correspond to the chosen strategies. As an alternative to the one-shot selection of strategies in the normal form, a game can also be designed in the extensive form.

9 With the extensive form actions are chosen only as needed, so sequential choices are possible. As a result, players may learn information between the selection of actions, in particular, a player may learn which actions were previously chosen or the outcome of a random event. Figure pro- vides an example of a simple extensive form game and its equivalent normal form representation: there are two players, player I chooses from {Left,Right} and player II chooses from {Up, Down}. In the extensive form player I chooses first, then player II chooses after learning player I's choice. In the normal form they choose simultaneously. The key distinction between normal and extensive form games is that in the nor- mal form a player is able to commit to all future decisions.

10 We later show that this additional commitment power may influence the set of plausible equilibria. A player can choose a particular strategy or a player can choose to randomly select from among a set of strategies. In the former case the player is said to choose a pure strategy whereas in the latter case the player chooses a mixed strategy. There are situations in economics and marketing that have used mixed strategies: see, , Varian (1980) for search models and Lal (1990) for promotion models. However, mixed strategies have not been applied in SCM, in part because it is not clear how a manager would actually implement a mixed strategy. For exam- ple, it seems unreasonable to suggest that a manager should flip a coin . among various capacity levels. Fortunately, mixed strategy equilibria do not exist in games with a unique pure strategy equilibrium.

The Role of Government in Risk Management and …

1 Draft: 9/27/2015 The Role of Government in Risk Management and Insurance by Robert W. Klein, Ph.D. Georgia State University Introduction There are a number of strands of academic research that explore various aspects

Management, Risks, Roles, Government, The role of government in risk management and 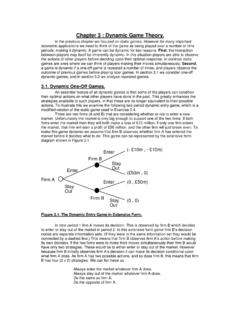 Chapter 3 : Dynamic Game Theory. In the previous chapter we focused on static games. However for many important ... Unfortunately the market is only big enough to support one of the two firms. If both ... As shown in Figure 3.2 this dynamic entry game has three pure strategy Nash equilibria. In 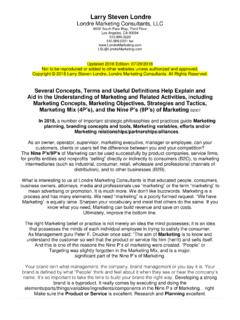 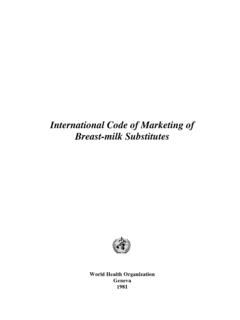 International Code of Marketing of Breast-milk …

3 Contents Introduction International Code of Marketing of Breast-milk Substitutes Annex 1. Resolutions of the Executive Board at its sixty-seventh session and of

Ethical issues across cultures: managing the …

Ethical issues across cultures: managing the differing perspectives of China and the USA Dennis A. Pitta Professor of Marketing, University of Baltimore, Baltimore, 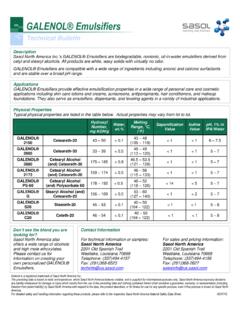 Physical Properties Typical physical properties are listed in the table below. Actual properties may vary from lot to lot. Hydroxyl Number, mg KOH/g

Partnerships: Frameworks for Working Together

Framework, Working, Partnership, Together, Frameworks for working together

Richard A. Mittenthal Strategic planning has long been used as a tool for transforming and revitalizing corpora-tions, government agencies and nonprofit organizations.

Marketing, Of Marketing, Ethical issues across cultures, Partnerships: Frameworks for Working Together