3 PART IV. BOARD OF THE RESERVE bank . 21. Board of the RESERVE bank . 22. Appointment and conditions of office of directors. 23. Disqualifications for appointment as director. 24. Vacation of office by director. 25. Disclosure of interests by members of Board. 26. Functions of Board. 27. Chairman and vice-chairman of Board. 28. Procedure at meetings of Board. 29. Committees of Board. 30. Validity of Board's decisions and acts. PART V. FINANCIAL PROVISIONS. 31. Capital of bank . 32. Allocation of profits. 33. RESERVE provisions. 34. Allocation of losses or gains due to exchange rate fluctuations and pursuit of monetary policies.

6 GENERAL. 58. Information to banking institutions. 59. Officers and other employees of bank . 60. Preservation of secrecy. 61. Impersonation of member of Board or officer or employee of bank . 62. Powers of Minister upon non-compliance by bank with Act. 63. Restriction on names of companies. 64. Regulations. 65. Repeal of Cap 22:10 and savings. ACT. To confer and impose functions on the RESERVE bank of ZIMBABWE and to provide for its management; to regulate the issue of banknotes and coins; to provide for matters connected with banking, currencies, monetary policy and coinage; to provide for the supervision of banking institutions; to authorise the provision of information to foreign regulatory authorities; to repeal the RESERVE bank of ZIMBABWE Act [ Chapter 22:10]; and to provide for matters connected with or incidental to the foregoing.

7 ENACTED by the President and the Parliament of ZIMBABWE . [DATE OF COMMENCEMENT : 13th August, 1999.]. PART I. PRELIMINARY. 1 Short title This Act may be cited as the RESERVE bank of ZIMBABWE Act [ Chapter 22:15 ]. 2 Interpretation In this Act . bank means the RESERVE bank of ZIMBABWE referred to in section four;. banking business means the business of accepting deposits of money withdrawable or repayable on demand or after a fixed period or after notice and the employment of those deposits, in whole or in part, by lending or by any other means for the account and at the risk of the person accepting such deposits.

8 Banking institution means a commercial bank , accepting house, discount house or finance house registered or required to be registered in terms of the Banking Act [ Chapter 24:20];. Board means the Board of the RESERVE bank constituted in terms of section twenty- one;. demand liabilities means liabilities which, when the are created, are made payable within thirty days or are made subject to less than thirty days' notice before payment;. Deputy Governor means a Deputy Governor of the bank appointed in terms of section fourteen;. director means a member of the Board other than the Governor or a Deputy Governor.

9 Foreign country means any state or territory outside ZIMBABWE ;. foreign regulatory authority means an authority which, in a foreign country, exercises any function corresponding to any regulatory or supervisory function of the bank in terms of this Act;. Governor means the Governor of the bank appointed in terms of section fourteen;. International Monetary Fund means the International Monetary Fund established under an agreement which was drawn up at the United Nations Monetary and Financial Conference held at Bretton Woods in New Hampshire in the United States of America in July, 1944.

10 Liabilities to the public , in relation to a banking institution, means all claims, including contingent claims, against that institution which are payable on demand or at a future date;. Minister means the Minister of Finance or any other Minister to whom the President may, from time to time, assign the administration of this Act;. [by 64/2003 the Minister of Finance and Economic Development. - Editor ]. monetary policy means the monetary policy formulated in terms of section forty- three;. officer , in relation to the bank , includes the Governor, a Deputy Governor and any other employee of the bank who may be so designated by the Board. 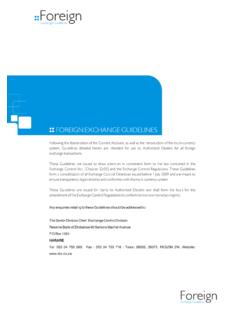 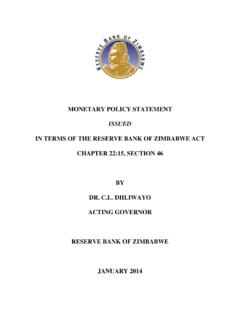 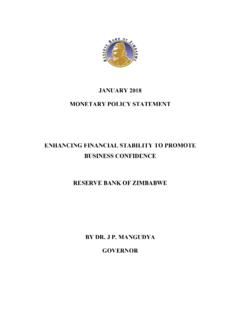 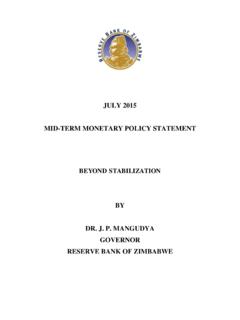 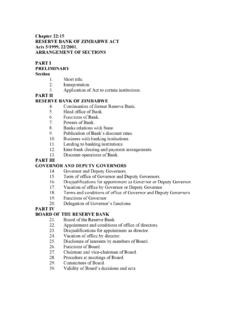 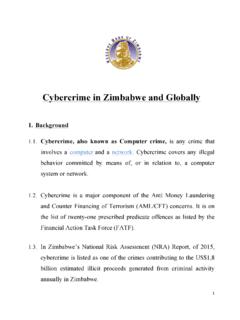 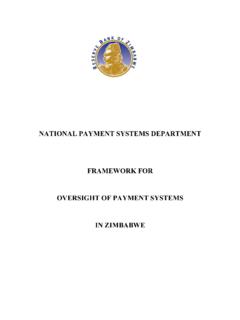 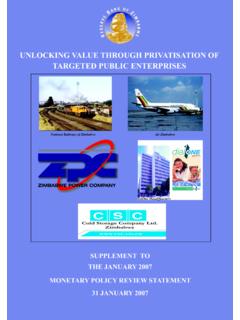 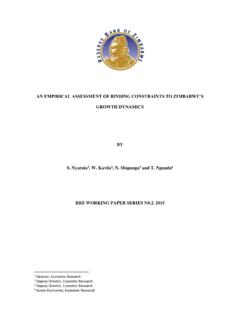 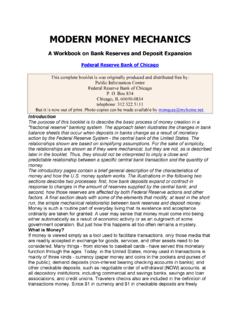 A Workbook on Bank Reserves and Deposit Expansion

MODERN MONEY MECHANICS A Workbook on Bank Reserves and Deposit Expansion Federal Reserve Bank of Chicago This complete booklet is was originally produced and distributed free by: 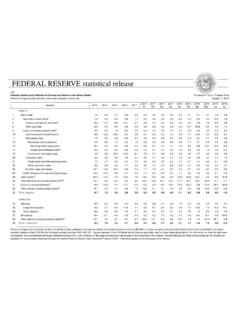 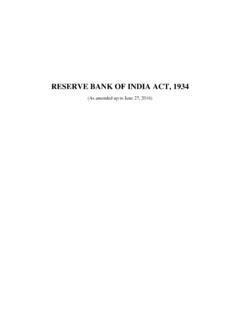 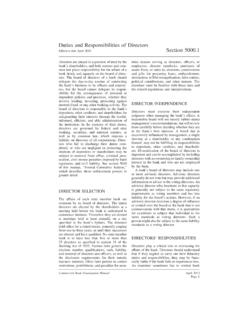 Duties and Responsibilities of Directors Effective …

Duties and Responsibilities of Directors Effective date April 2013 Section 5000.1 Directors are placed in a position of trust by the bank’s shareholders, and …