Chapter Six: jesus ' Sixth Saying "It is finished.". John 19:30. "The Day He Finished What We Started". Are you a person who finishes what you start? For a lot of us, life is full of projects we never seem to finish. The half read book. The remodeling project that we never seem to wrap up. I don't know if the story is accurate, but last week someone told me that when Mozart was a child, his family obtained a new keyboard. A visitor stopped by to see the instrument, walked over to it, and played the first 7. notes of an octive. But he never finished the scale.

Chapter Six: Jesus' Sixth Saying "It is finished." John 19:30 "The Day He Finished What We Started" Are you a person who finishes what you start? For a lot of …

1 Chapter Six: jesus ' Sixth Saying "It is finished.". John 19:30. "The Day He Finished What We Started". Are you a person who finishes what you start? For a lot of us, life is full of projects we never seem to finish. The half read book. The remodeling project that we never seem to wrap up. I don't know if the story is accurate, but last week someone told me that when Mozart was a child, his family obtained a new keyboard. A visitor stopped by to see the instrument, walked over to it, and played the first 7. notes of an octive. But he never finished the scale.

2 Later, in the middle of the night, in the dark house, someone was heard shuffling through the house, and into the parlor where the instrument was. It was young Mozart. The tension of the unfinished scale ate at him, so he couldn't sleep. He walked over to the piano, played the final note, and went back to bed. He finished what his guest had started. Do you know what happened on the cross of jesus Christ? There on the cross, jesus finished what we started. He finished the horrible problem that entered the world when our first forefather, Adam, sinned and brought the curse of God upon us.

5 It is finished. This is the Sixth of the seven statements jesus uttered while He hung on the cross. We have already examined the first five in the past 5 Sunday mornings, and we'll focus on the seventh next week. By listening to these sayings , we learn from jesus ' own lips what really happened on the cross. With His murderers in mind, He prayed, "Father, forgive them." There was pardon at the cross. To the thief on the cross who called out for mercy, jesus said, "Today, you will be with Me in paradise." jesus guarenteed Paradise for His people on the cross.

6 To His mother grieving at the foot of His cross, jesus said, "Woman, behold thy son." jesus gave us a Pattern of love at the cross. Following the 3 hours of darkness, jesus cried, "My God, My God, why hast Thou forsaken Me?" jesus took our Punishment on the cross. After going through hell's fire on the cross, jesus declared, "I thirst." Why? Because He took our Pain, the pain of the eternal torment we deserved, on the cross. Oh, beloved, do you see what happened on the cross? The Pardon, the paradise, the pattern of love, the punishment, the pain.

7 Ponder the cross. Think of the cross often. Elizabeth Clephane penned these words with the cross in mind, "Upon that cross of jesus mine eye at times can see, the very dying form of One Who suffered there for me; And from my smitten heart with tears, two wonders I confess--the wonders of redeeming love, and my unworthiness.". And now, we come to jesus ' Sixth Saying : "It is finished." Why did jesus say that? What had He finished? What was "it"? A. He finished His life. V 28 "When jesus had received the vinegar." He refused the drink earlier.

8 But this time He accepts. Why? To moisten His parched throat? Why? So He could be heard. "It is finished." At first, this seems like a cry of defeat. We use the word that way. Though he was once the heavy-weight champion of the world, if Mohammed Ali tried to make a comeback in boxing today, we'd say, "No way. He's past His prime. He's finished.". And certainly, when jesus uttered this cry, it signified the end of His earthly life. The crowds that once applauded Him were gone. Though declared innocent by Pilate (19:6), He was being executed as a hardenned criminal.

9 On that horrid day, the King of kings died. He died in fierce torment. Outlived by His mother, He would go to His grave at the age of 33. From the lips of a mere man, this would be a cry of defeat: "It is finished! It's over. I'm washed up. I've failed.". But this was no mere man. This was the very Son of God! Please notice carefully that jesus did NOT say, "I am finished." He said, "IT is finished." What did He mean? First, He meant He had finished His life. I have chosen my words carefully. I did NOT say His life was finished. No, no. He would live again.

10 I said that HE FINISHED His life. In a few moments, He would choose to die, and then die. He died when HE chose to die. Then, and only then, He cried, "It is finished." He died when He had finished His life. There was something else He had finished. B. He finished His Work. Notice when John said that jesus said, "It is finished." When was it? V 30 "When jesus , therefore, had received the vinegar.". Did you realize that John is the only gospel writer to record this 6th Saying ? Matthew did not. Nor did Mark or Luke. But Matthew, Mark, and Luke tell us something that John does not.

Jonah 2 “A Repentant Sinner’s Prayer”** Main Idea: In Jonah 2 the prophet Jonah prayed a repentant sinner’s prayer. Or did he? As we look at the prayer and what happened as a result of it, we’re going to learn some vital truths about true repentance. I. Jonah prayed (1-9). 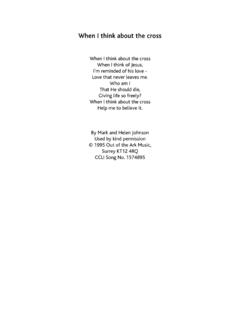 When I think about the cross for the web - Scripture Union

The Cross of Jesus Christ - Let God be True!

The Cross of Jesus Christ “But God forbid that I should glory, save in the cross of our Lord Jesus Christ, by whom the world is crucified unto me, and I unto the world.”

Cross, The cross of 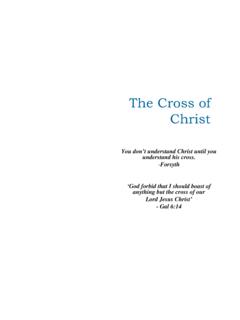 The Cross of Christ - armenianbrethren.org

The Cross of Christ Symbols • Symbols are objects, pictures, or other concrete representations of ideas, concepts, or other abstractions. • Religious symbolism is the use of symbols by a religion. Religions view religious texts, rituals, 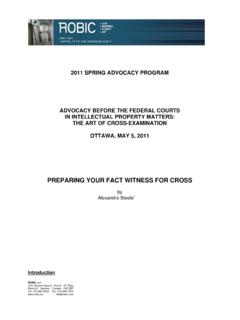 PREPARING YOUR FACT WITNESS FOR CROSS

2 Cross-examining a witness may be one of the most exciting aspects of being a litigation lawyer, but for most witnesses, the word “exciting” is not how they usually describe their 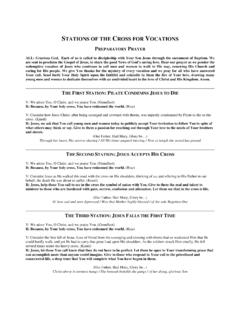 Stations of the Cross for Vocations

STATIONS OF THE CROSS FOR VOCATIONS PREPARATORY PRAYER ALL: Gracious God, Each of us is called to discipleship with Your Son Jesus through the sacrament of Baptism. We are sent to proclaim the Gospel of Jesus, to share the good News of God’s saving love.

Station, Cross, Vocations, Stations of the cross for vocations 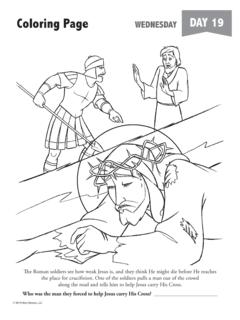 201 Holy Heroes, LLC WEDNESDAY DAY 19 The Roman soldiers see how weak Jesus is, and they think He might die before He reaches the place for crucifixion.