PAGE 4 OF 22 January 2017 www.carters.ca www.charitylaw.ca Ontario Budget Receives Royal Assent On December 8, 2016, Bill 70 – Building Ontario Up for Everyone Act (Budget Measures), 2016 received Royal Assent. Of interest to charities are the amendments to the Municipal Act, 2001 and the City of Toronto Act, 2006.

4 January 2017. RECENT PUBLICATIONS AND NEWS RELEASES. New CRA Guidance on Charities That Assist the Aged By Theresa Man On December 8, 2016, Canada Revenue Agency ( CRA ) released a new guidance entitled: Relieving Conditions Attributable to Being Aged and Charitable Registration (CG-026) dealing with charities that provide housing to their beneficiaries ( Guidance ). It replaces CRA's Policy Statement CPS-002, Relief of the Aged that was released on July 6, 1990 ( Previous Policy ). This Bulletin provides an overview of the new Guidance.

5 The new Guidance provides a much needed and helpful UPDATE on the Previous Policy, clarifying what CRA considers charitable for Canadian charities serving the aged. For example, almost half of the Previous Policy (paragraphs 9 to 15) are in relation to the provision of housing for the aged, which are now superseded by CRA's guidance entitled: Housing and Charitable Registration (CG-022) dealing with charities that provide housing to their beneficiaries. For the balance of this Bulletin, please see CHARITY & NFP Law Bulletin No. 396.

6 CRA News By Linsey Rains CRA has recently released a number of new and revised publications over the last few months. The most anticipated publication is the Charities Directorate's ( Directorate ) Report on the Charities Program 2015-2016 ( Report ), first promised by the Minister of National Revenue ( Minister ) on January 20, 2016 and posted on CRA's webpage on December 29, 2016. The Report contains messages from the Minister, the Commissioner of CRA, and the Directorate's Director General, a description of the charitable sector, and key operational information about the Directorate.

7 In particular, the Report includes: a range of statistics on the charitable sector, applications for charitable registration, audit outcomes, revocations of charitable registration, and the objections process;. a review of the Directorate's outreach and engagement activities, such as improving its webpages, expanding its use of social media, and developing and reviewing its guidance products; and PAGE 3 OF 22. January 2017. updates on the political activities audit program, compliance initiatives, and the Charities Modernization Project to improve online filing options for applicants for charitable status and registered charities.

8 Additional new and recently revised CRA guides, forms, and webpages relevant to registered charities and not-for-profits include: T4013, T3 Trust Guide 2016, which incorporates changes to reflect the new rules for testamentary trusts, estate donations, and Graduated Rate Estates that were previously discussed in our October 2016's CHARITY & NFP Law UPDATE in Budget Implementation Act, 2016, No. 2 is Released . RC4034, GST/HST Public Service Bodies' Rebate now contains updates on harmonized sales tax rate changes in New Brunswick, Newfoundland and Labrador, and PEI, as well as the end of the point-of-sale rebate on books in Newfoundland and Labrador, and other GST/HST news.

9 Registered charities can now advise the Directorate of changes to their directors, trustees, or like officials' information by faxing, emailing, or mailing the changes to the Directorate using this new form. The Sponsorship webpage was updated on October 28, 2016. The webpage contains a definition of sponsorship, information on acknowledgement and receipting, factors to consider in sponsorship situations, and some scenarios as examples. RC191, Qualified Donee: Becoming a Prescribed University Outside Canada was revised to reflect the fact that applications for qualified donee status are now being processed by the Directorate's Assessment, Determinations, and Monitoring Division. 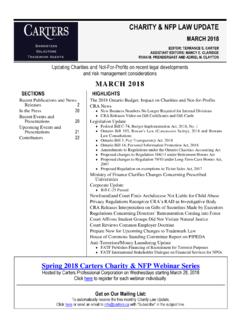 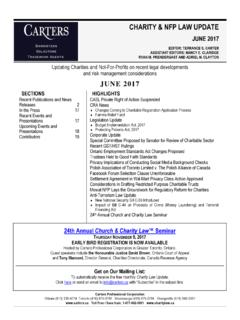 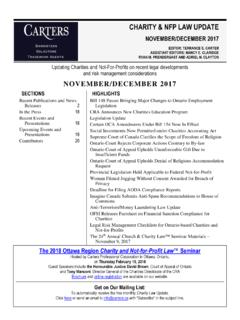 Advantages and Disadvantages of Incorporating … 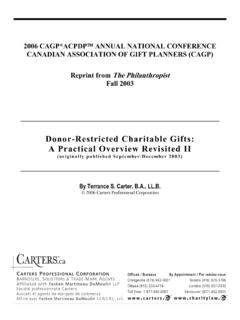 Guidance of the Public Guardian and Trustee: Charities and ...

Public Guardian and rusteeT (“PGT”) and is current as of August 30, 2018 . However, since the PGT may update this Guidance in the future without notice, charities should contact the PGT to obtain the most up to date version.