Nathan Rousseau, Self, Symbols & Society, Rowman & Littlefield, 2002. Charles Horton Cooley : Concept of the Looking Glass Self Introduction Cooley was influenced by approaches such as Pragmatism and Darwinism. Even though Cooley was influenced by Weber, Cooley 's examination was more psychological than Weber's. Cooley 's most significant contribution was his idea of the looking-glass-self. The concept of the looking glass self demonstrates that self-relation, or how one views oneself is not a solitary phenomenon, but rather includes others. Cooley states that society and individuals do not denote separable phenomena, but are simply collective and distributive aspects of the same thing. Developmentally, Cooley theorizes that human beings possess an inherent tendency to reach out, interact, or socialize with those people and objects that surround them.

1 Nathan Rousseau, Self, Symbols & Society, Rowman & Littlefield, 2002. Charles Horton Cooley : Concept of the Looking Glass Self Introduction Cooley was influenced by approaches such as Pragmatism and Darwinism. Even though Cooley was influenced by Weber, Cooley 's examination was more psychological than Weber's. Cooley 's most significant contribution was his idea of the looking-glass-self. The concept of the looking glass self demonstrates that self-relation, or how one views oneself is not a solitary phenomenon, but rather includes others. Cooley states that society and individuals do not denote separable phenomena, but are simply collective and distributive aspects of the same thing. Developmentally, Cooley theorizes that human beings possess an inherent tendency to reach out, interact, or socialize with those people and objects that surround them.

2 From the beginning and throughout one's life, the differentiated self is always in reference to a common ground. Whether it is in terms of defining oneself as distinct from others, noting differences of opinions, or whether one is harboring a secret place or project, all of these significant instances of differentiation include a shared foundation. Cooley observes that this bond is so strong that only the imaginative student, in his best hours, can really free himself and that only in some respects from the limitations of his time . We can scarcely rid ourselves of the impression that the way of life we are used to is the normal. From this, Cooley suggests that self-feeling and social feeling must be harmonized and made to go abreast.

3 Since self-feeling and social feeling are two sides of the same phenomenon, then personal freedom is tied to the relations that comprise society. Cooley 's comment about harmonizing self-feeling with social feeling is not intended to suggest that people should lose themselves in society, but rather that they should examine responsibly the effects of their actions on others. Human Nature and Social Order A separate individual is an abstraction unknown to experience, and so likewise is society when regarded as something apart from individuals. The real human life, which may be considered either in an individual aspect or in a social aspect, is always both individual and general. In other words, society and individuals do not denote separable phenomena, but are simply collective and distributive aspects of the same thing.

4 1. According to Cooley , that persons make society would be generally admitted as a matter of course, but that society makes persons would strike many as a startling notion, though I know of no good reason for looking upon the distributive aspect of life as more primary or causative than the collective aspect. The view that Cooley regards as sound is that individuality is neither prior in time nor lower in rank than sociality; but that the two have always existed side by side as complementary aspects of the same thing, and that the line of progress is from a lower to a higher type of both, not from one to the other. The question often asked is whether the individual is free or a mere piece of society. For Cooley , he is free, but it is an organic freedom, which he works out in cooperation with others, not a freedom to do things independently of society.

5 It is teamwork. He has the freedom to function in his own way, like the quarterback, but, in one way or another, he has to play the game as life brings him into it. There appears to be a general impression that children are far more subject to control through suggestion or mechanical imitation that grown-up people. However, on the other hand, they have less of the mechanical subjection to habit that goes with a settled character. The fact is, for Cooley , that the main current of our thought is made up of impulses absorbed without deliberate choice from the life about us, or else arising from hereditary instinct, or from habit; while the function of higher thought and of will is to organize and apply these impulses.

6 The chief reason why popular attention should fix itself upon voluntary thought and action, and tend to overlook the involuntary, is that choice is acutely conscious and so must from its very nature, be the focus of introspective thought. Because he is an individual, a specialized, contending bit of psychical force, a man very naturally holds his will in its individual aspect to be of supreme moment. Our particular minds or wills are members of a slowly growing whole, and at any given moment are limited in scope by the State of the whole, and especially of those parts of the whole with which they are in most active contact. Our thought is never isolated, but always some sort of a response to the influences around us so that we can hardly have thoughts that are not in some way aroused by communication.

7 National habits and sentiments so completely envelop us that we are for the most part unaware of them. The more thoroughly American a man is the less he can perceive Americanism. He will embody it, all he does, or writes, will be full of it; but he can never truly see it, simply because he has no exterior point of view from which to look at it. Once again, only the imaginative student, in his best hours, can really free himself and that only in some respects from the limitations of his time and see things from a height. We can 2. scarcely rid ourselves of the impression that the way of life we are used to is the normal, and that other ways are eccentric. It is by intercourse with others that we expand our inner experience.

8 In other words, the personal idea consists at first and in all later development, of a sensuous element or symbol with which is connected a more or less complex body of thought and sentiment; the whole social in genesis, formed by a series of communication. Opposition between one's self and someone else is also a very real thing; but this opposition, instead of coming from a separateness like that of material bodies, is, on the contrary, dependent upon a measure of community between one's self and the disturbing other, so that the hostility between one's self and a social person may always be described as hostile sympathy. The main thing here is to note that personal opposition does not involve mechanical separateness, but arises from the emphasis of inconsistent elements in ideas having much in common.

9 The emotion or feeling of self may be regarded as instinctive, and was doubtless evolved in connection with its important function in stimulating and unifying the special activities of individuals. It seems to exist in a vague though vigorous form at the birth of each individual, and like other instinctive ideas or germs of ideas, to be defined and developed by experience, becoming associated, or rather incorporated, with muscular, visual, and other sensations, with perceptions, apperceptions, and conceptions of every degree of complexity and of infinite variety of content, and especially with personal ideas. The first definite thought that a child associates with self-feeling are probably those of his earliest endeavors to control visible objects his limbs, his playthings, his bottle, and the like.

10 Then, he attempts to control the actions of the persons about him and so his circle of power and of self-feeling widens without interruption to the most complex of objects of mature ambition. An important statement from Cooley is that where there is no communication there can be no nomenclature and no developed thought. In a very large and interesting class of cases the social reference takes the form of a somewhat definite imagination of how one's self that is any idea he appropriates appears in a particular mind, and the kind of self-feeling one has is determined by the attitude toward this attributed to that other mind. A social self of this sort might be called the reflected or looking glass self: 1) Each to each a looking glass Reflects the other that doth pass.

CHAPTER Classification and Assessment of … 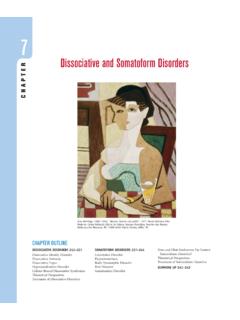 212 Chapter 7 In early versions of the DSM, dissociative and somatoform disorders were classified with the anxiety disorders under the general category of …

3 – 1 Chapter 3: Solutions of Homework Problems Vectors in Physics 12. as drawn at Picture the Problem: The given vector components correspond to the vector r & right. 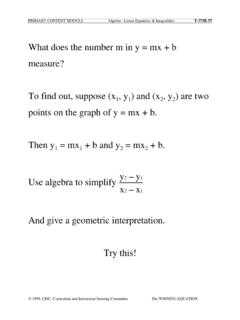 22 Chapter 8: Quantitative Sampling I. Introduction to Sampling a. The primary goal of sampling is to get a representative sample, or a small collection of units 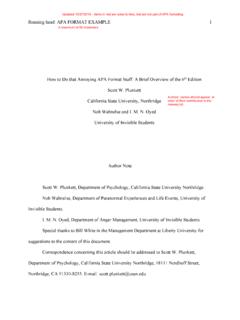 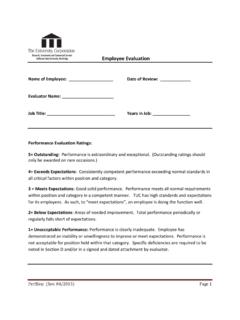 The Great Depression: California in the Thirties

The Great Depression: California in the Thirties . California was hit hard by the economic collapse of the 1930s. Businesses failed, workers lost … 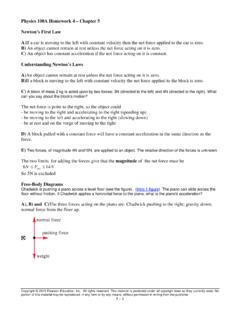 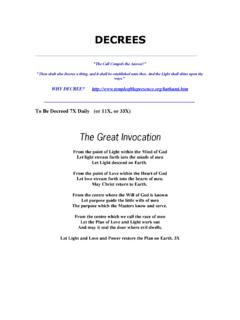 The Decree of the Golden Circle of LOVE In this living moment of the eternal now, I AM merging my 12D through my 5D awareness with my 3D awareness.

Level 2 Lesson 3 . RENEWING THE MIND . By Don Krow . Today we want to talk about renewing the mind. I’d like to read two passages. The first one is out of Philippians 4:8.

i A Simple A Simple ChristmasChristmas Party Guide This is a guide to initiating a simple Christmas party in a home, a function room in your apartment, or even an office.

The Physician’s Role in Coding - doctorsdigest.net 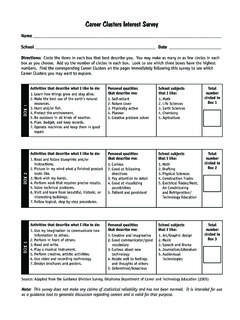 Activities that describe what I like to do: 1. Care about people, their needs, and their problems. 2. Participate in community services and/or volunteering.

The Official Publication of the 1st Marine Division ... 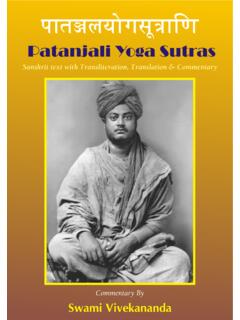 Patanjali Yoga Sutras 4 reaching, the goal. This statement, though, apparently, very nice, is also absurd, because there is no such thing as motion 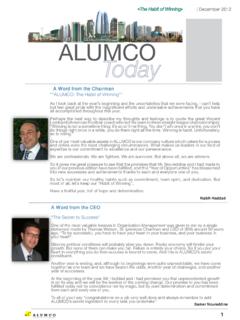 A Word from the Chairman - ALUMCO Group

ALUMCO A Word from the Chairman ““ALUMCO: The Habit of Winning”” As I look back at the year’s beginning and the uncertainties that we were facing, I can’t help

Form, Words, Chairman, A word from the chairman 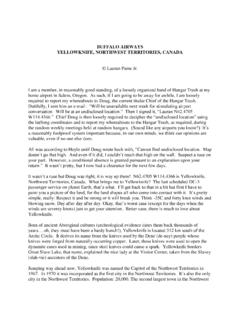 At the entrance to the airport, on display, is a Bristol Freighter. (I had to look it up; I didn’t know what it was.) It was donated by Max Ward, a Canadian aviation pioneer.