Chinese Culture profile . Published 2006 by: Diversicare PO Box 5199. West End, Queensland, 4101. Phone: (07) 3846 1099. Chinese Culture profile Thanks is given to the following people: Margaret Hess, Director, Diversicare Elizabeth Zajac, Project Officer, PICAC. Stephanie Lee, Program Manager, Cathay Community Association and to all those persons who have provided comment about this directory. Editor: Jennifer Leigh (J Leigh & Associates). Disclaimers This directory is a synthesis of information from a range of sources believed to be reliable. Diversicare gives no warranty that the said base sources are correct, and accepts no responsibility for any resultant errors contained herein or for decision and actions taken as a result and any damage. Please note there may be costs associated with some of the resources and services listed in this profile . INTRODUCTION 4.

4 This profile of the China cultural community is one of the many projects undertaken by the Queensland Partners in Culturally Appropriate Care (PICAC).

1 Chinese Culture profile . Published 2006 by: Diversicare PO Box 5199. West End, Queensland, 4101. Phone: (07) 3846 1099. Chinese Culture profile Thanks is given to the following people: Margaret Hess, Director, Diversicare Elizabeth Zajac, Project Officer, PICAC. Stephanie Lee, Program Manager, Cathay Community Association and to all those persons who have provided comment about this directory. Editor: Jennifer Leigh (J Leigh & Associates). Disclaimers This directory is a synthesis of information from a range of sources believed to be reliable. Diversicare gives no warranty that the said base sources are correct, and accepts no responsibility for any resultant errors contained herein or for decision and actions taken as a result and any damage. Please note there may be costs associated with some of the resources and services listed in this profile . INTRODUCTION 4.

3 The issue of cultural and linguistic needs. The Queensland PICAC Project aims to The profile provides useful information facilitate the development of partnerships about a range of topics, resources between ethnic community groups and including books, articles, audio-video aids, residential aged care service providers to services, and so on. implement best practice strategies of care for older people from diverse This symbol is used to indicate a tip , backgrounds. The project is about ensuring which YOU, as the caregiver of a the needs of older people from a Chinese person who was born in China, may cultural background are met. find useful in your day-to-day support of that person. Funded by Commonwealth Department of Health & Ageing, the project in Queensland This guide is not intended to replace one is managed by Diversicare under the stereotype of this Culture with another.

4 Auspice of the Ethnic Communities Council instead it is intended to provide some of Qld. insights into the Culture . Nor does it diminish the importance of you Population trends within Australia are establishing the individual cultural needs increasingly characterised by a diversity of of each person as part of the care people, languages and Culture . Coupled planning process. with this trend is an ageing population, also with a rich diversity of languages and In an effort to maintain the accuracy of cultures. this profile and improve its contents, for all stakeholders, we encourage readers to It's not surprising then, that residential complete the feedback form on the last aged care service providers are faced with page to inform us of any inaccuracies or increasing demands for culturally other resources available. It is considered responsive facilities and care .

5 That this feedback will assist us maintain a user relevant and quality resource. This profile aims to assist by enhancing: Staff knowledge of the cultural and Yours Sincerely linguistically diverse needs of persons from a Chinese background. It also seeks Margaret Hess Elizabeth Zajac to facilitate the professional competence Director PICAC Project Officer and development of staff in the provision of culturally inclusive care ; and 4. BACKGROUND. China (official name People's Republic of Migration experience China) covers one-fifteenth of the world's The first Chinese migration wave can be land mass and is the third largest country traced to 1827, when large numbers of in the world. Its border stretches over Chinese labourers were recruited to work 22 000 kilometres on land and the in the pastoral industry. Many others who coastline extends well over 18 000 arrived in the 1870s to join the gold rush kilometres, washed by the waters of the followed these first migrants.

6 Bohai, the Huanghai, the East China and the South China seas. The Bohai Sea is the The 1861 Colonial Census, the China-born inland sea of China. comprised percent of Australia's 5. population, and was the second largest The above data means the person you immigrant group after those from the are caring for is most likely to have British Isles. Following changes to been educated, have worked in a Australian government policies the skilled job outside the home and been immigration of Asians declined in 1947. part of established social and recreational links to other Chinese In 1976, the Australian- Chinese Family persons. Reunion Agreement's' legislation had a direct effect on the increased numbers of Cantonese and Mandarin speaking people older migrants who arrived to join their can be born in different countries: children in Australia. Most of the Chinese Cambodia-born 940 people 41%.

7 Speaking immigrants, however, came Hong Kong born 6710 people 10%. primarily from other countries such as Malaysia born 7980 people Cambodia, Malaysia, Singapore and Vietnam. Taiwan born 8440 people Vietnam born 11570 people Australian statistics The China-born population is one of the Country of origin may influence socio- major communities in Australia and its economic status, knowledge of English and population is concentrated in large cities, exposure to Western cultures. such as Sydney, Melbourne and Brisbane. The 2001 Census recorded 142,720 China- In this publication the term: Chinese born persons settled in all Australian people is used. Be aware that this States, with Queensland being the third term is problematic because it largest State behind NSW and Victoria. Of represents a heterogenous group of the total Chinese speaking population in people who can have widely different Australia (2001 Census): life experiences, cultural tradition, were 65 and over dialects, educational opportunities, had higher qualification (compared and economic position.)

8 As mentioned with for all Australian) previously they have experienced were employed in a skilled different patterns of migration: some occupation, in semi-skilled and have settled in Western countries via in unskilled jobs; and other countries such as Singapore or male comprised and females ; Hong Kong, and some have moved and directly from mainland China. their ancestry includes Chinese , Russian , English and other Customs in everyday life Formal manners are important. (source: Chinese Community Information Summary, DIMIA 2003) Greetings. The correct way of greeting a person is very important in Chinese Queensland has or (8860 persons) of Culture : an inappropriate greeting is this total population and they have settled considered undesirable. Handshaking is the across Queensland. 6. accepted greeting. A handshake not only Gestures. Chinese used to cup one hand expresses a sign of welcome, but gratitude, in the other before the chest as a salute congratulation and encouragement as well.

9 (this tradition has a history of more than 2000 years). In China, the most useful form of greeting is a nod or slight bow. Upon meeting Avoid making exaggerated gestures or someone, the Chinese lower their eyes using dramatic facial expressions. Using slightly as a sign of respect. Staring into gestures while speaking to more reserved the eyes of a Chinese person might make cultural groups can make communication them uncomfortable. The phrase Have you more difficult. Avoid touching until a eaten?' is used as a more familiar greeting relationship is established. Avoid touching and testifies to the centrality of food in the child's head since careless touching' . Chinese Culture . it is believed to reduce the child's development. Referring to others. When addressing an elder or person with high status it is Use an open hand rather than one finger considered highly inappropriate and rude to point.

10 To beckon or call someone toward to address the person by their given name. you, turn palm down and wave fingers They should be addressed according to towards your body. Pointing to one's nose their designation, for example: Mr Tang, is the indication for I' or me' similar to the Doctor Liu, and Chairman Lee etc. Each Australian gesture of pointing to one's person has a family or generational name chest to indicate self. and a first name (example of reading the names: Zhang Tai Man Family Name - Hands have a lot to do with face. Both Zhang; Generation Name - Tai; Given Name hands should take objects that are offered - Man). Avoid using someone's given name to you as a sign of respect. Furthermore, it unless you have known the person for a is recommended to hand any object of long period of time. importance forms or brochures, by both hands directly to the person and not A married Chinese woman usually retains just putting it down on the table.

With the Best Intentions towArds residentiAl cAre …

4 With the Best Intentions A Study of Attitudes Towards Residential Care in Cambodia 2011 Foreword Under the leadership of Samdach Hun Sen, Prime Minister of the Royal Government of Cambodia, the Kingdom of 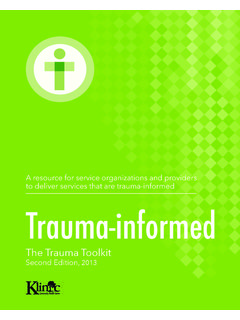 A resource for service organizations and providers to deliver services that are trauma-informed Trauma-informed The Trauma Toolkit Second Edition, 2013 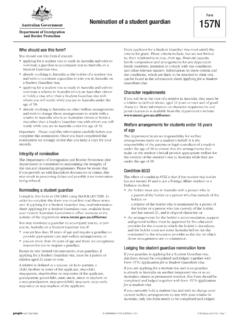 157N - Nomination of a student guardian 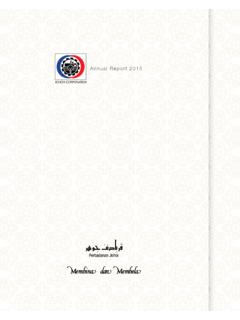