CLAYTON-LE-WOODS PARISH COUNCIL MINUTES OF THE …

2 DECLARATION OF INTEREST. Councillor D Dowrick and Councillor P Gabbott declared an interest as Governors at Lancaster Lane Primary School. Councillor J Norris declared an interest as an employee at Lisieux Hall and Councillor J Cronshaw as a member of the Planning Committee at Chorley COUNCIL . 8106 PUBLIC PARTICIPATION. Mr Simon Capper a representative from Gelston Manor made a statement in support of the CIL Application for an Outdoor Building for and After School Club. There followed a question and answer session with the members. Mr Capper was thanked for his attendance and left the meeting. 8107 MINUTES OF ORDINARY PARISH COUNCIL MEETING HELD ON 17th JUNE 2019.

3 It was RESOLVED that the MINUTES of the ordinary PARISH meeting held on the 17th June 2019 should be signed by the Chairman. Page 1 of 9. 8108 MATTERS ARISING. 8099 Cunnery Meadow Play Area Fencing It was reported that Wicksteed had been informed of the decision. However, subsequent to this the installation contractor had managed to straighten the damaged fencing so no further action was required. It was noted that Wicksteed had been contacted and informed of the development. 8099 Scarecrow Festival There had been a query regarding the legality of cash prizes. The Clerk had contacted the Lancashire Association of Local Councils and had been advised that monetary prizes are legal as it comes under enhancement and encouragement of the community.

4 8102 Planning Application 19/00369/ADV Lidl Advertisement Hoarding The Clerk had lodged the objections with the Enforcement Team at Chorley COUNCIL which had been duly noted. 8109 CONSIDERATION OF CIL APPLICATIONS SPRING/SUMMER 2019. Councillor P Gabbott provided the feedback for each application which had been evaluated by the CIL Working Group which met on 10 th July 2019. 1. Gelston Manor Outdoor Building There was an in depth discussion regarding the information provided during the public participation the evaluation process and the result of the public consultation. A vote took place 8 against 1 abstention. It was RESOLVED that the Gelston Manor Project would not be approved at this stage due to lack of public support and low evaluation score.

7 Cunnery Meadow Footpath Lighting It was noted that this project scored highly in the evaluation and in the public consultation. A vote took place and it was unanimous in favour of the project. It was RESOLVED that the Cunnery Meadow Footpath Lighting project be approved for CIL Funding in the amount of 12, 8110 REPORTS. Reports were received and accepted from the following Committees/Working Groups: Staffing and Buildings held on 4th July 2019. It was noted that Councillor P Gabbott was duly elected as Chairman of Finance for one year. Financial Regulations It was noted that the after the Working Group had reviewed and revised the document the finalised version had been circulated to all the PARISH COUNCIL members.

8 It was RESOLVED to adopt the revised Financial Regulations 2016 subject to review on an annual basis. Grant Applications It was noted that under delegated powers the Finance Committee approved the following grant applications:- 1. Clayton Brook Resident Group - 300 towards the purchase of a lap top 2. 1st Clayton Brook Scout Group - towards camping tables and chairs Page 3 of 9. Fair Update The Chairman reported that overall the Summer Fair was a great success with good weather, higher numbers of visitors, stalls and acts. It was planned that next year the Summer Fair be held on June 27th 2020 at the same venue subject to confirmation. There was a discussion regarding some areas where improvements/changes could be considered in future years.

9 These ideas/comments would be tabled at the next Events Working Group meeting. The Chairman wished to thank everyone involved for all their hard work in making the Summer Fair a success. Scarecrow Festival 2019 Report Councillor D Dowrick reported that the Working Group had met on 1st July 2019. and had agreed to publicise the Festival by appearing on radio Leyland and radio Lancashire if possible. There had also been a proposal to print a number of banners which would be placed strategically throughout the two parishes. Also a number of flyers had been distributed to schools and businesses and the response had been positive. For example the Cuerden Valley Tea room had donated a cream tea and Councillor Dowrick was in the process of getting age appropriate prizes donated from local venues.

10 It was planned that the next meeting will be on 1 st August 2019 where everything would be finalised. 8111 Councillor Training Update The Clerk informed the meeting that there was a long back log for Councillor training at the present time. The Lancashire Association of Local Councils (LALC) have offered training that could potentially be attended in office hours. It was requested that the Clerk contact the Members with provisional times and Clerk find out who may be available to take up the sessions. 8112 APPROVAL OF ANNUAL ACCOUNTS 2018/19. The members were provided with a copy of the Annual Governance and Accounting Statements 2018/19 and covering letter prior to the meeting. 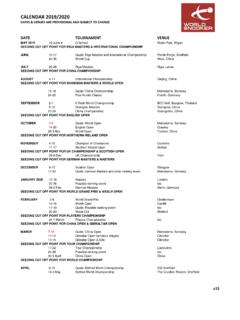 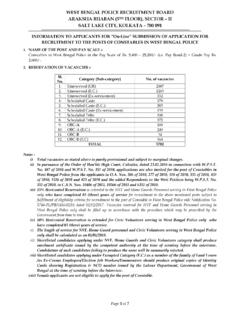 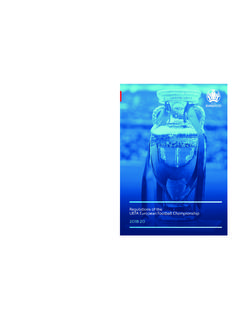 radio, mobile, wireless and internet distribution), digital, audiovisual, visual and/or audio coverage of the competition and all associated and/or related 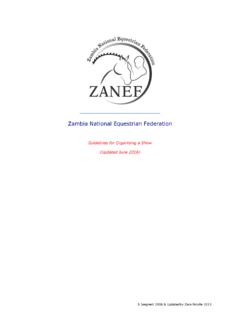