The Coaching Blueprint is relevant to everyone who coaches netball, whether at grassroots or high performance level. It clearly articulates the direction for netball coaching in Australia and is supported by implementation drivers which underpin the successful implementation of the plan and support the delivery of coaching excellence.

2 Registered members, 5,273 clubs nationally, 730 Associations, and eight Member Organisations. Coaches play an important role in supporting and enhancing the participation experience as well as developing players to progress along the athlete pathway. Netball Australia is responsible for developing policy, accreditation, development programs and resources to support the many thousands of coaches across the country. The ability to articulate a clear and purposeful direction to coaches, while making them feel connected to a wider COACHING community underpins the Netball Australia COACHING BLUEPRINT ( COACHING BLUEPRINT ).

6 Of coaches Approach in all COACHING It details an approach to Netball COACHING which aims to create environments resilient and competent players who are motivated to enjoy their participation in the sport and empowered to positively influence their own development. This COACHING approach includes the principles To create resilient and competent of leadership, empowerment, emotional intelligence, player learning players who are motivated to enjoy preferences, Teaching Games for Understanding (TGfU), Game Sense, their participation in the sport and COACHING OUR WAY Inner Game, implicit motor learning and experiential/discovery empowered to positively influence Netball Australia Netball Australia 's PLAYER CENTRED learning among others.

7 Their own development. COACHING BLUEPRINT COACHING Philosophy COACHING RESOURCE. 06. RESOURCES. COACHING OUR WAY PLAYER CENTRED. E-LEARNING RESOURCE. The COACHING Our Way Player Centred COACHING Resource is not something coaches have to complete, engage in or be assessed against, and it does not require any payment. It is a resource which gives ALL Netball coaches in Australia the opportunity to access modern and practical COACHING information designed to help them be the best coach they can be. THIS WILL BE A RESOURCE THAT. Netball COACHES AT ALL LEVELS CAN. ENGAGE WITH ELECTRONICALLY WHERE.

8 AND WHEN THEY WANT TO AND WILL. FOCUS ON HOW TO COACH. 08. STRATEGY. COACH DEVELOPMENT RECRUIT SUPPORT. OBJECTIVES. Recruit the appropriate number Provide appropriate levels of support of coaches into Netball 's delivery to the COACHING community to allow system by: them to achieve their potential in The objectives below underpin the development of education, R. aising the profile of COACHING their chosen environments by: programs and resources for coach development in Australia . By E. mphasising the importance of Valuing the contributions that collaborating with key partners and the wider COACHING community, ongoing coach development, not coaches make to the game successful delivery of these objectives will lead to an innovative and just coach accreditation world class coach development system.

9 Identifying how many coaches are currently operating in which P. roviding a system that effectively environments throughout Australia supports members of the COACHING and evaluating future needs community in their chosen environments P. roviding and promoting clear entry routes for players with P. roviding a system that effectively various participation motivators supports key partners to positively contribute to the success of players Attracting coaches from a wider variety of environments and Identifying and developing the sources tools and resources required to support coaches in their chosen Working collaboratively with environments.

10 Member Organisations to share strategy and practice. TRAIN RETAIN. Qualify the appropriate number Provide systems of recognition A system that effectively supports and level of coaches required by: and reward in order to retain the key partners to positively contribute COACHING community by: to the success of players. Continually improving training programs, across all areas of the Increasing the profile of COACHING COACHING community, to meet the P. roviding recognition to the needs of the industry COACHING community operating in C. ontinuing to develop a coach all environments at a local, regional, presenter, assessor and mentor national and international level workforce strategy including M.

• Building a good knowledge of the rules etiquette and traditions of the sport • Being enthusiastic about life-time sport Coaches have a major influence on the holistic development of players in netball by educating them in the physical/technical skills and strategies within the rules of netball, sporting behaviours and lifestyle/social skills.

Pivot: a movement where the player with the ball swivels either on the heel or on the ball of the landing foot while this maintains contact with the ground. Playing enclosure: area consisting of the court, the court surround and bench zone. Playing time: time elapsed in a quarter/half not including any stoppages.

A Review of Coaching and Mentoring Theories and Models

performance in a specific aspect of the practice (Lord et al., 2008). Therefore, in this study coaching is defined as the ability of a coach to offer additional professional support in helping the coachees to exploit and increase their performance in certain subjects, namely Mathematics, Bahasa Melayu and English Language. 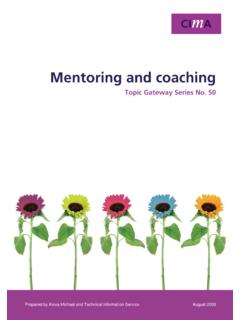 Mentoring and Coaching - Chartered Institute of …

Coaching is mainly concerned with performance and the development of certain skills. It usually takes place on a one-to-one basis and has a very specific purpose. There is usually a planned programme with a much shorter timeframe than in mentoring, so the learning goals are usually determined in advance.

individual’s duty descriptions and performance objectives. Look for a pattern of behavior. Seek to confirm initial impressions. Be alert for changes in performance and causes for strengths, inconsistencies, or weaknesses. 3. Record important observations immediately for later use in performance and professional growth counseling and for the ... 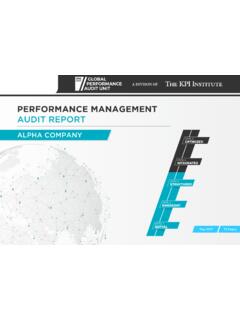