3 By Kenneth G. Bueche, retired CML executive director 2009. Colorado Municipal League 1144 Sherman Street Denver, CO 80203. Table of contents INTRODUCTION.. 1. MUNICIPAL home RULE DEFINED.. 2. ORIGIN AND HISTORY OF home RULE IN OTHER STATES.. 2. ORIGIN AND HISTORY OF home RULE IN COLORADO .. 4. A PERSPECTIVE ON home RULE VERSUS STATE JURISDICTION.. 7. CONCLUSION .. 8. GRAPH 1: P. ERCENTAGE OF MUNICIPAL RESIDENTS. WHO LIVE IN A home RULE city OR TOWN.. 10. GRAPH 2: GROWTH IN home RULE muNiCiPalities , 1920-2009.. 11. END NOTES.. 12. BIBLIOGRAPHY.. 13. INTRODUCTION. More than a century ago (1902), Colorado citizens adopted Article XX of the Colorado Constitution conferring on municipal citizens the right to adopt a home rule charter, thereby providing local control for their municipal government. Since 1902 this opportunity has been utilized by an ever expanding number of communities. In 2009, Ouray and Hayden became the 99th and 100th muNiCiPalities respectively to adopt home rule. This publication has been written to: celebrate over a century of municipal home rule and local control.

4 Highlight the 100 communities whose citizens have adopted and are utilizing home rule;. provide information for communities that in the future consider home rule; and provide an in depth history of the origin and expansion of home rule for the benefit of current and future officials and citizens. This publication was researched and written by retired CML Executive Director Ken Bueche, who has been a friend and mentor for so many years. Ken has had the unique experience of following home rule professionally for more than 40 years, as a law student and law clerk for CML, 1963-66; in private practice serving as an assistant city attorney, 1966-68; and as CML general counsel and ultimately executive director, 1968-2005. Following his retirement, Ken conducted extensive research on the early history of home rule utilizing legal documents, historical publications, and other early sources. Many of these are noted in the publication's footnotes and bibliography for readers who may want additional information.

5 We hope this history of home rule will be helpful for readers now and in the years to come. Municipal home rule is a cherished part of Colorado's Constitution that has stood the test of time. Sincerely, Sam Mamet Executive Director Colorado Municipal League Additional copies of this publication are available for free at COLORADO MUNICIPAL LEAGUE 1. Municipal home rule defined Simply stated, municipal home rule is a form of government under the control of local citizens rather than state government. It is self-government, meaning municipal rather than state control over the organization and operation of local government activities. home rule does not, however, relate to nor confer any enhanced authority relative to powers of the federal government. home rule relates to state-local relations, not federal-local relations. Historically in Colorado and throughout the nation, muNiCiPalities and other local governments have been creatures of the state legislature, with the local governments dependent on state enabling legislation and subject to state control and interference.

6 This legal doctrine, prevalent in the absence of home rule, is known as Dillon's Rule, named for a 19th century Iowa Supreme Court Justice and municipal law authority. In Colorado, municipal home rule derives its authority directly from the Colorado Constitution. It affords citizens of cities and towns who adopt a local charter (1). freedom from the need for state enabling legislation and (2) protection from state interference in both local and municipal matters.. Origin and history of home rule in other states The government of many American cities was bad, if not terrible, during the last decades of the 19th century. The era, 1865 to 1895, was one of tremendous physical growth of cities and expansion of municipal activities. From the standpoint of administration, it was a period of disintegration, waste, and inefficiency. Political machines and bosses plundered many communities. Lax moral standards of the times in business life, the apathy of the public, and general neglect of the whole municipal problem by leading citizens, by the press, and by the universities, all contributed to the low state of city affairs.

7 Lack of a common body of knowledge and of definite standards of municipal government, coupled with legislative interference and local politics, produced a confused situation in local organization and responsibility. Corruption in city government was made possible by the prevailing spoils system, by the activities of national political parties in local elections, and by the absence of adequate instruments of democratic control and of scientific methods of administration. Outstanding public officials and administrators were few; municipal reference and research agencies were nonexistent; and organizations of public officials were in their infancy. The period has been justly described as the Dark Ages of American municipal In response to the treatment of cities by state governments, the home rule movement began. In 1875, Missouri became the first state to adopt home rule by including in its new constitution a home rule entitlement for cities over 100,000. population. In 1879, California became the second state to authorize home rule when its new constitution was adopted.

8 Other states conferring home rule rights for cities during the remaining years of the 19th century included Minnesota and 2 A HISTORY OF home RULE. However, home rule and other municipal reforms became much more popular and prevalent during the Progressive Era a period that historians generally date from 1900 to about 1915 or 1920. A leading historian of American city government during the Progressive Era summarized the Progressive Movement this way: In conclusion, how shall we account for and describe the Progressive Movement? There were national problems of great magnitude evidencing themselves chiefly in the cities. For the most part these were accounted for by the nineteenth-century changes in the nature of the economic world, for which the old assumptions were inadequate and many of them incorrect. Whole groups of people were aroused to compassion and indignant at the now patent injustices because of these facts and the attendant frustrations. Diagnosis and exposure of the nature of the problems had begun.

9 At this point pragmatism with a conscience leading to activism took over. It was a confluence of many strands populist, utopian, the experience and sensitivity of the settlements, the social gospel and the aroused conscience, the successes and failures of earlier reformers, frustrations of many groups, socialist reasoning, the rising consciousness of organized labor, scientific management, the Spanish- American War and its aftermath, a belief in progress but all raised to a higher level, together with a freshness of approach and a moral Reformers were interested in a number of reform devices, including home rule, in fostering a sense of community. According to Griffith: Most stress was laid upon home rule, nonpartisanship, elections-at-large, and development of neighborhood centers. Naturally, there were other arguments also for each of these. Among them was the thought that each would help weaken the power of spoils, the machine, and corrupt politics, at the state, city , and ward levels.

10 Government by the state, an agency outside the control of the voters of the individual city , was naturally the subject of further attack by the exponents of city self-government. The demand on the part of the city was insistent for a greater voice in its own Numerous states, including Colorado, adopted municipal home rule during the Progressive Era. The Progressive Movement and the rush for home rule slowed down after the commencement of World War I. However, additional states have adopted home rule over the years since The National Municipal League was probably the most prominent and influential national organization instrumental in promoting home rule and other municipal reforms during the Progressive Era and thereafter. The organization was founded in 1894 by local citizen groups and individuals interested in reforming municipal government. (In later years, the League would devote attention to reforming county and state government.). In 1899, the National Municipal League adopted a Municipal Program, publishing it the following year. 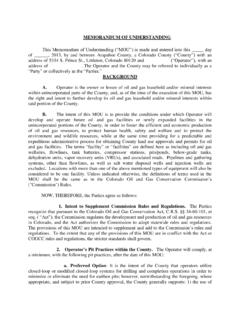 MEMORANDUM OF UNDERSTANDING This Memorandum of Understanding ... constructed over an engineered base, with construction or liner specifications meeting or 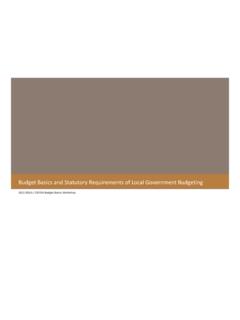 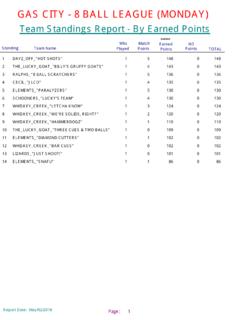 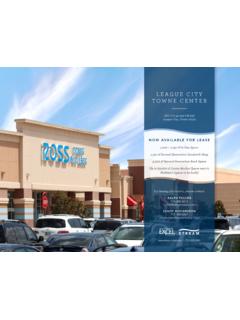