Investigating the Word of God Colossians The Tell at Colosse - Looking from the South David Padfield, 1998. Used by permission. Gene Taylor Gene Taylor, 2006. All Rights Reserved An Introduction to Colossians The City of Colosse The city of Colosse was located about 100 miles east of the city of Ephesus in the Roman province of Asia about 12 miles up the Lycus River from the city of Laodecia. The province of Asia is now a part of the country of Turkey. In times past Colosse had been a rather large and wealthy city but by the time the apostle Paul wrote this book it had fallen into rapid decline. Not long afterward it was virtually destroyed in a violent earthquake.

Investigating the Word of God: Colossians Gene Taylor-3- Colossians Chapter One Keys to This Chapter Key Passage: Verse 18 “And He is the head of the body, the

1 Investigating the Word of God Colossians The Tell at Colosse - Looking from the South David Padfield, 1998. Used by permission. Gene Taylor Gene Taylor, 2006. All Rights Reserved An Introduction to Colossians The City of Colosse The city of Colosse was located about 100 miles east of the city of Ephesus in the Roman province of Asia about 12 miles up the Lycus River from the city of Laodecia. The province of Asia is now a part of the country of Turkey. In times past Colosse had been a rather large and wealthy city but by the time the apostle Paul wrote this book it had fallen into rapid decline. Not long afterward it was virtually destroyed in a violent earthquake.

2 The Church in Colosse As far as we know, the apostle Paul never visited Colosse. This is indicated by the fact that he had only heard about the faith and love of the Christians there (1:3-4; 2:1). So we must ask, How and by whom was the church there begun? . The apostle Paul had spent three years in Ephesus, the main city of the province of Asia. Acts 19:10 says that while he was there, ..that all who dwelt in Asia heard the word of the Lord Jesus, both Jews and Greeks. The all of Asia would certainly include the people of Colosse. The main teacher of the Colossians had been Epaphras (1:7). He may have been a native of the city (4:12-13).

3 Presumably he had heard Paul in Ephesus, was converted, and then returned to his home to preach, laboring with three churches in the Lycus River valley (4:13). Paul had nothing but praise for him and gratefully endorsed his teaching and labors (4:12-13). The church may have begun meeting in the house of Philemon for it was to the city of Colosse that Paul returned Philemon's runaway slave, Onesimus (4:9; Philemon 2). Author, Date and Place of Writing, and Messenger The apostle Paul is the author of this book. It is entirely possible that he wrote the letters of Ephesians and Colossians about the same time. The books contain some striking similarities.

4 Both of the letters were delivered by the same individual, Tychicus. Both were written while Paul was in prison in Rome somewhere around 61 to 63 A .D . The greetings in each are similar. The structures of the books are remarkably similar. One commentator noted that 78 out of the 95. verses in Colossians have a marked resemblance to verses in Ephesians. Epaphras had traveled to Rome to visit Paul in his imprisonment (Acts 28:30-31). Although he brought a good report, in general, with warm assurance of love (1:8), he had to confess that there Investigating the Word of God: Colossians Gene Taylor -1- were certain false teachers who with great eloquence and influence had endangered the brethren with deceptively attractive false doctrine.

5 Paul at once writes a reply to the Colossians and sends it by the hand of Tychicus who was already making preparations to leave for Ephesus with the letter to the Ephesians (4:7). Why This Book Was Written There was chaos in Colosse. A dangerous doctrine that Jesus is neither central nor supreme . was undermining the brethren. This is why this letter was written. The teachings of the Colossian Cult was a strange doctrine that combined certain elements of the Jewish religion and the teachings of the Oriental mystics. Those who taught this deceptive doctrine had changed the simplicity of the Gospel into a mind-boggling philosophy which only they could decipher.

6 While on one hand these false teachers advocated holiness by way of self- abuse, on the other hand their teaching was of no value against the indulgence of the flesh . (2:23). The Theme of the Book The brief Colossian letter contains the apostle Paul's strongest defense of the divinity and authority of Jesus Christ. While the book of Ephesians portrays the CHURCH of Christ, . Colossians portrays the church of CHRIST. In other words, Ephesians emphasizes the church, the body of Christ, while Colossians emphasizes its head, Jesus Christ. In Colossians , the apostle Paul shows that Christ is preeminent first and foremost in all things.

7 In 3:11 he states that, Christ is all and in all. This fact comprises the theme of the book. Paul presents several thoughts pertinent to the problem at Colosse which show the fullness of Christ. Most of this book, from beginning to end, is devoted to the divine supremacy and all- sufficiency of Jesus Christ. If you were to outline the book, it would divide evenly into two parts: doctrinal (chapters one and two) and practical (chapters three and four). Both of these parts are set forth in verses nine and ten of chapter one. Both of these parts emphasize the preeminence of Jesus. Investigating the Word of God: Colossians Gene Taylor -2- Colossians chapter One Keys to This chapter Questions on the Text 1.

8 W ho is the author of the b ook? H ow d oes he identify himself? Key Pa ssage : Verse 18 2. W hat had the author heard concerning the Colossians that had prompted And He is the head of the body, the him to pray with thanksgiving to God? church, who is the beginning, the firstborn from the dead, that in all 3. How is Epaphras described? things He may have the preeminence. 4. W hat requests did the author make for the Co lossians in his prayers? 5. Out of what are Christians delivered? Into what are they conveyed? Ke y Peop le Paul 6. W ho is the image of the invisible G od and the firstborn over all creation? . Timothy 7. W ho is the head of all things to the church?

9 Epaphras 8. According to verse 23, where had the gospel been preached by the time this book was written? Key Places Colosse 9. W hat is the body o f Christ? 10. According to verses 26 and 27, what is the mystery which has been Key Words hidden for ages? . Redemption Dom inions Matching ____ 1. Paul A. The firstborn over all creation. Principalities ____ 2. Timothy B. Dear fellow servant. ____ 3. Epaphras C. Qualified us to be partakers of the Powers inheritance of the saints in the light. ____ 4. The Father D. Our brother. Firstborn ____ 5. Jesus E. An apostle of Jesus Christ. Consist True - False Reconcile T F 1. Christians are delivered into the power of darkness.

10 T F 2. Forgivene ss of sins is thro ugh the bloo d of C hrist. Alienated T F 3. No thing was created by Jesus C hrist. T F 4. All things consist in Jesus. Reproach T F 5. All the fullness dwells in Jesus. Stewa rdship Mystery Discussion Question How can every person b e presented perfect in Christ Jesus? Key Lesson Investigating the Word of God: Colossians Gene Taylor -3- Colossians chapter Two Keys to This chapter Questions on the Text 1. From verse one, what indicates that the apostle Paul most likely had not started the church at Colosse? Key Pa ssage : Verse 8. 2. W hat was the apostle's desire for the saints at both Colosse and Laodicea? 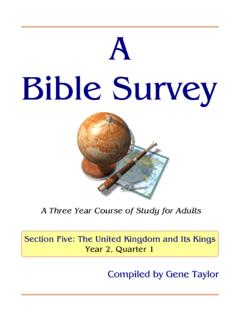 Section Five: The United Kingdom and Its Kings Year 2, Quarter 1 A Bible Survey A Three Year Course of Study for Adults Compiled by Gene Taylor

Sermons of Truth and Reason Volume I: Capsule Sermons Short outlines intended to serve as starters for development into full sermons Gene Taylor 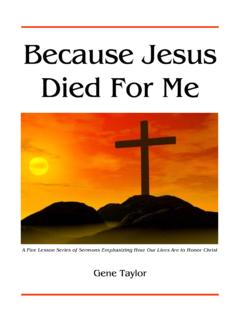 Because Jesus Died For Me | Sermon Outlines

Because Jesus Died For Me Gene Taylor 1 Preface This series, “Because Jesus Died for Me,” focuses on Jesus and our responsibilities to Him. Since He made the supreme sacrifice for us by leaving heaven, coming to earth, living a sinless

Jesus, Because jesus died for me, Because, Died 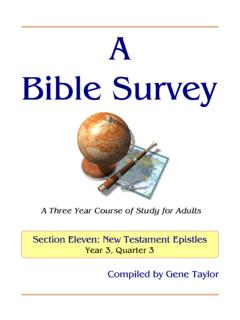 Investigating the Word of God Revelation - …

Investigating the Word of God: Revelation Gene Taylor-2-During or shortly after the persecution by Nero and before the destruction of Jerusalem, c. 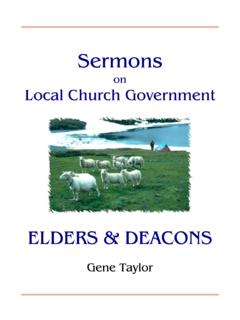 Sermons on Local Church Government: Elders and Deacons Gene Taylor-1- Preface This material is being presented for the purpose of helping Christians understand what the word of 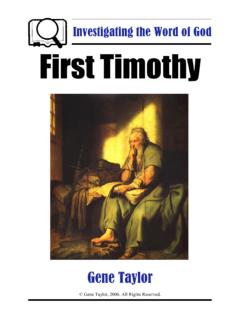 Investigating the Word of God: First Timothy Gene Taylor-1- An Introduction to First Timothy Timothy, the Man The name Timothy is the English form of the Greek Timotheus.

Investigating the Word of God: Titus Gene Taylor-2- The Church on Crete Crete was a large island in the Mediterranean Sea located southeast of Greece. 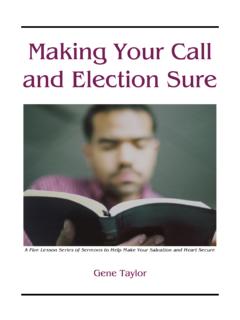 Make Your Calling And Election Sure - Centerville …

User, Your, Make, Election, Calling, Make your calling and election sure 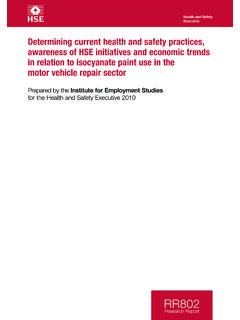 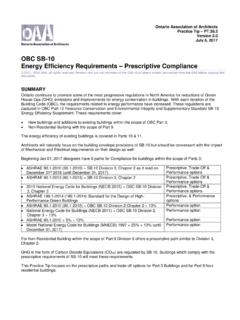 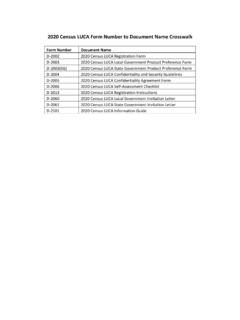 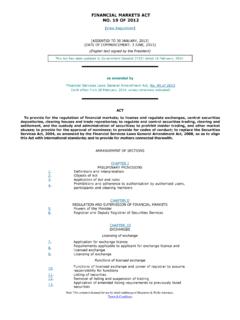