COMMENTARY ON THE ENFORCEMENT OF …

COMMENTARY ON THE ENFORCEMENT OF SECURITY INTERESTS UNDER UCC REVISED ARTICLE 9 By: John P. McCahey, Esq. Presented to the New York State Association of Supreme

2 Application of Non-Cash 14. 6. Other Provisions .. 15. J. The Consequences of a Secured Party's 15. 1. Remedies for a Secured Party's Non-Compliance with Article 15. 2. The Commercial Reasonableness Standard, 16. 3. Low Price Dispositions to Related 18. 4. The Rebuttable Presumption Rule v. the Absolute Bar 21. III. Consumer 23. IV. Transitioning to Revised Article 9 .. 24. 2. I. Introduction A. Overview This paper will discuss selected ENFORCEMENT provisions of Revised Article 9 of the Uniform Commercial Code ( Revised Article 9 ) insofar as they apply to commercial secured transactions. (Consumer secured transactions are discussed briefly in Section III, below.) It is not an exhaustive treatment, but instead is intended to comment on the revisions to current Article 9 ( Current Article 9 ) and retentions therefrom which may be of interest to commercial litigators and the judiciary. The bulk of this presentation will be concerned with the revisions of those provisions which relate to the ENFORCEMENT of security interests upon default and the consequences of non-compliance.

3 These default provisions, currently consisting of 7. subsections within Part 5 of Current Article 9, are relocated under Revised Article 9 to Part 6, and expanded to 28 subsections. As the following discussion will show, Revised Article 9, if enacted in the State of New York, not only will bring greater (though by no means absolute). clarity to the law of secured transactions, but, in fact, will resolve at least one long-standing split within New York's Appellate Division. B. Background In 1990, the Permanent Editorial Board for the UCC, with the support of its sponsors (the American Law Institute (the ALI ) and the National Conference of Commissioners on Uniform State Laws (the NCCUSL )), established a committee to review Article 9 of the Uniform Commercial Code and to recommend possible revisions. The committee, in a report issued in 1992, recommended the creation of a drafting committee to revise Article 9. The ALI and the NCCUSL duly appointed a drafting committee (the Drafting Committee ) in 1993, and, in 1998, both sponsors approved the result of the Drafting Committee's efforts: Revised Article 9.

4 3. Among the goals of the Drafting Committee was to simplify and clarify the rules for the ENFORCEMENT of a security interest . The default and ENFORCEMENT provisions of Part 6 of Revised Article 9 are divided into two subparts: (1) Default and ENFORCEMENT of security interest , and (2) Noncompliance with Article. To date, Revised Article 9 has been adopted in a majority of the states and has been introduced in the legislatures of several other states, including New York. C. The Parties to a Secured Transaction As a preliminary matter, it is important to note that Revised Article 9 not only modifies and clarifies the terms by which the parties to a secured transaction are to conduct themselves, but also redefines these parties. In both Current and Revised Article 9, a secured party , as used herein, is the person to whom a security interest in collateral has been granted. 9- 105(1)(m); Rev. 9-102(a)(72)(A). By contrast, Current and Revised Article 9 employ dramatically different definitions of the term debtor In Current Article 9, the term debtor.

5 Carries no less than four meanings: (1) the person who owes payment or other performance of the obligation secured, whether or not he owns or has rights in the collateral ; (2) where the debtor and the owner of the collateral are not the same person, .. the owner of the collateral in any provision of the Article dealing with the collateral ; (3) the obligor in any provision dealing with the obligation ; and (4) both the owner and the obligor where the context so requires.. 9-105(1)(d). In Revised Article 9, by contrast, a debtor simply holds an interest (typically, an ownership interest ), as opposed to a security interest or other lien, in the collateral. Rev. 9-102(a)(28)(A). 1 Revised Article 9 further creates new parties: the obligor, . 1. Revised Article 9 also includes within the definition of a debtor (a) a seller of accounts, chattel paper, payment intangibles or promissory notes, and (b) a consignee. Rev. 9-102(a)(28)(B) and (C).

6 It should be noted that the ENFORCEMENT provisions contained in Part 6 of Revised Article 9 do not apply to (a) consignors or (b) a buyer of accounts, chattel paper, payment intangibles or promissory notes except as to a buyer's obligation to use commercial reasonableness in the collection of the collateral where the buyer has a right of chargeback on 4. or, simply put, the person who owes the obligation secured (and who may or may not also be the debtor ), and the secondary obligor, a sub-class of obligors, who is essentially a guarantor or surety of the secured claim. Rev. 9-102(a)(59) and (71). Whereas Current Article 9. does not explicitly address the issue whether a guarantor is entitled to the same notices and protection as a debtor under the default provisions, Revised Article 9 generally provides that a guarantor is entitled to such notices and protection. Rev. 9-601(d) and 9-602. II. The Default Provisions of Revised Article 9: A Selective Review A.

7 Overview A security interest becomes enforceable when it attaches to the debtor's rights in the collateral. Upon the debtor's default, the secured party is entitled to pursue the rights and remedies set forth in the security agreement and in Article 9. 9-501(1); Rev. 9-601(a). The secured party's entitlement to the full exercise and enjoyment of these remedies, however, is contingent upon the extent to which it complied with Article 9's provisions governing the ENFORCEMENT of a security interest . The ENFORCEMENT provisions of Revised Article 9, among other things, modify and clarify: (a) the duties imposed upon a secured party and the rights of debtors and obligors; (b) the standards by which a secured party's performance of its duties will be measured; and (c) the consequences of a secured party's failure to meet these standards of conduct. B. Default The ENFORCEMENT provisions of both Current and Revised Article 9 are triggered by a default under the security agreement.

8 9-501(1); Rev. 9-601(a). Neither uncollected receivables or instruments or full or limited credit recourse to the debtor or secondary obligor. Rev. 9-601(g) and 9-607(c). 5. Current nor Revised Article 9 define or otherwise list the incidents which will constitute a default, leaving the contracting parties to decide for themselves by agreement the events which will trigger a default. Rev. 9-601, cmt. 3. Typical defaults usually include a failure to make payment of the secured obligation when due, a breach of non-payment contractual obligations, warranties or covenants, or any event which causes the secured party to deem itself insecure, such as a downturn in the debtor's business. C. Good Faith . under Article 1 of the Uniform Commercial Code, good faith, defined as honesty in fact in the conduct or transaction concerned, is a purely subjective standard. 1- 201(19). Current Article 9 does not define good faith, but rather imports Article 1's definition.

9 Revised Article 9, however, defines good faith in both subjective and objective terms, as honesty in fact and the observance of reasonable commercial standards of fair dealing. Rev. 9-102(a)(43). When Revised Article 9 is enacted in New York, a secured party's decisions as to whether to accelerate a debtor's payment obligation and when and whether to pursue its contractual and statutory remedies will be measured according to this new, dual standard. It should be noted that the Uniform Commercial Code prohibits a waiver of the obligation of good faith. 1-102(3). By way of example, security agreements may reserve to the secured party the right under certain circumstances to accelerate the debtor's obligation and demand full payment of the balance due. Article 1 of the Uniform Commercial Code provides that a contractual term which permits a party to accelerate payment .. at will' or when he deems himself insecure' .. shall be construed to mean that he shall have the power to do so only if he in good faith believes that the prospect of payment or performance is impaired.

10 1-208. Accordingly, when New 6. York presumably enacts Revised Article 9, a secured party's acceleration of an obligor's obligations and ENFORCEMENT of rights against the debtor under those circumstances may be measured according to both an objective and a subjective standard. At least one New York court already has applied this dual standard to measure the merits of a creditor's decision to accelerate the debtor's payment obligation. See Blaine v. General Motors Acceptance Corp., 82 653, 370 323 (Co. Ct. 1975). D. Rights and Remedies of Secured Party Upon Default Upon a default, the secured party may reduce a claim to judgment, foreclose, or otherwise enforce the claim [or], security interest .. by any available judicial procedure. Rev. 9-601(a)(1). These remedies are essentially the same as set forth in Current Article 9. 9-501(1). Depending upon the types of collateral securing the debt, the secured party may have several options upon a default.

The Relationship Between Hearsay and Business …

Business, Between, Relationship, The relationship between hearsay and business, Hearsay 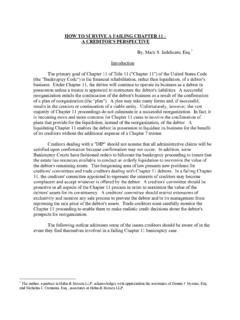 HOW TO SURVIVE A FAILING CHAPTER 11 - Hahn …

HOW TO SURVIVE A FAILING CHAPTER 11 – A CREDITOR'S PERSPECTIVE By, Mark S. Indelicato, Esq.* Introduction The primary goal of Chapter 11 of Title 11 ("Chapter 11") of the United States Code 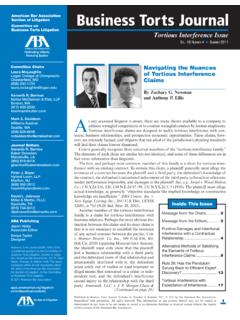 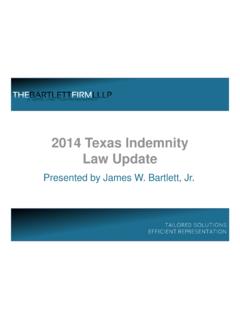 Contractual Indemnity: “Express Negligence” Doctrine Ethyl Corporation v.Daniel Construction Company, 725 S.W.2d 705, 708 (Tex. 1987) Held that “parties seeking to indemnify the indemnitee from the consequences of its own

4.3 Consequences of Expiration or Termination. Upon the termination of this Agreement for any reason, Company will be entitled to immediately cease …

Force Majeure and Hardship Clauses in International Commercial Contracts in View of the Practice of the ICC Court of Arbitration Werner Melis* ICC ARBITRATION IS GENUINE international arbitration: The jurisdiction of the Court covers

this document has been prepared for the purposes of the world bank infrastructure and law website. it is a checklist for general guidance purposes only and should not be used as a 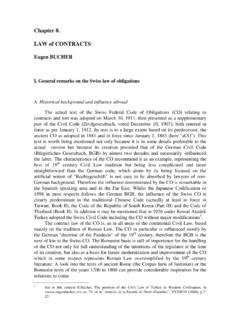 Chapter 8. LAW of CONTRACTS Eugen BUCHER I. General remarks on the Swiss law of obligations A. Historical background and influence abroad The actual text of the Swiss Federal Code of Obligations (CO) relating to 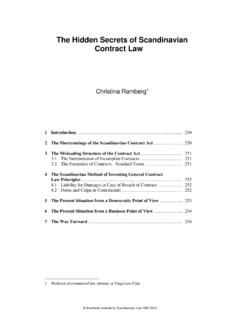 250 Christina Ramberg, The Hidden Secrets of Scandinavian Contract Law 1 Introduction “There is something rotten in the state of Denmark.”2 And in the states of ...