2 The Victorian State Government has now formally recognised Geelong as a Zsecond city [ in the Plan Melbourne Refresh. The CfG has …

2 The CfG makes connections and creates opportunities to help deliver positive social outcomes and develop a vital, inclusive, progressive, SMART and sustainable GEELONG region for the future. CfG members include business, education, health, local government, non-government and community organisations. Over the past fifteen years, the CfG has influenced significant economic and social outcomes in the region. The CfG welcomes the opportunity to comment on the SMART CITIES Plan, which encourages smarter investment in CITIES , such as GEELONG . 2. Background GEELONG is Victoria's second largest city with a population of approximately 220,000 people. The regional economy is diverse health, education and service sectors are now the key employers, however manufacturing is still important.

3 The CfG believes that GEELONG should better position itself as Victoria's second city '. Its infrastructure (the Port of GEELONG , Avalon Airport, road and rail connections), world class health and education services, employment and lifestyle opportunities are attracting many new residents and businesses to GEELONG . 3. SMART CITIES Response The CfG is pleased that the Federal Government has identified the need to develop a SMART CITIES policy and city Deals, which encourages a greater commitment between all levels of government to make our CITIES easier to invest in and do business . The CfG is pleased that the Federal Government will invest in CITIES and has a strong commitment to a cooperative approached to long term planning, targeted investment and reform.

4 National Second city Policy and Shared Vision for GEELONG The CfG agrees that regional CITIES , such as GEELONG , provide a solution to help other Australian CITIES reach their full potential. As Victoria's second city , GEELONG offers unique potential and, in this context, the CfG has been advocating for the establishment of a national second city policy. A strong national second city policy for Australia's largest city economies (outside of the major CITIES in each State) will be beneficial to Australia's overall economic and social performance. National and state policy agendas must be complimented by whole-of- government policies that formally acknowledge and support the development of Australia's second CITIES .

5 1. The Victorian State Government has now formally recognised GEELONG as a second city ' in the Plan Melbourne Refresh. The CfG has also made representations about second CITIES to the 2015 National Senate Inquiry on the Future Role and Contribution of Regional Capitals, together with the 2016 Senate Inquiry into the Role of Transport Connectivity on Stimulating Development and Economic Activity. The stage has now been set for a fundamental rethink on the importance of second CITIES throughout Australia. The CfG is advocating for a national second city policy which will define the strategic directions and implementation strategies to reinforce GEELONG 's position as Victoria's second city .

6 This project has recently become more prominent following the recent findings of the Victorian State Government's Commission of Inquiry into the Greater GEELONG city Council, which identified that: .the development of an evidence-based, long-term vision and plan [for GEELONG ] should be a critical high priority ..'. The CfG believes that a second city policy will build on other strategic work, such as the GEELONG Region Plan, G21 Regional Growth Plan and many other strategic work. Second CITIES are defined as those situated outside capitals but are sufficiently important to affect the performance of the national economy (Parkinson et al. 2012). While alternative terminology suggestions to describe second CITIES are welcome, the CfG's position is clear: With the changes in our city , GEELONG - and other second CITIES such as Newcastle and Wollongong should be treated differently (in terms of funding and policies) to larger CITIES , and other smaller regional CITIES .

7 Markusen, Lee and DiGiovanna (1999) suggest four types of second CITIES : a) New Industrial Districts (NIDs) based on original ideas by Marshall (1920) a group of small, innovative firms embedded in a regionally co-operative system of industrial governance, enabling them to adapt and flourish despite globalising tendencies. b) Hub and spoke district where a regional structure revolves around one or several corporations in one or several industries. c) Satellite industrial platform composed largely of branches of absent multinational companies. d) State-centred district a major government tenant anchors the regional economy. In addition, Regiopolis is a term referring to land use and urban planning which is composed of Regio (region) and polis ( city ).

8 This term, developed by academics at the University of Kassel, describes smaller CITIES beyond metropolitan areas. Aring and Reuther (2008) describe criteria for Regiopolis as follows: a) Population either of the core city or of the urban network with over 100,000. residents. b) Location beyond a metropolitan region. 2. c) Potential of knowledge and innovation (measured from the status as a location of a university or a large technical college). According to Regional Capitals Australia, a regional capital provides a central point to access essential infrastructure, services, business, employment and education for local residents as well as those in surrounding towns and rural areas.

9 These CITIES also perform a capital city ' role within their regions and are significant social and economic contributors to Australia's economy. In terms of population, Regional Capitals range in size from approximately 15,000 to 200,000 people. In England, the second CITIES have formed the 'Core CITIES Group' to lobby central government for more resources and delegated powers. Core CITIES is an alliance representing the councils of England's ten largest city economies outside London, including Birmingham, Glasgow, Leeds, Liverpool, Manchester, Newcastle, Nottingham, Sheffield and Cardiff. There is no similar group in Australia, outside of those defined by Regional Capitals Australia.

10 Parkinson et al. (2012) contend that local leadership is vital to drive change in second CITIES . In addition, Markusen, Lee and DiGiovanna (1999) conclude that both industrial and regional policies have been important to the growth and economic resilience of second CITIES . Given the right circumstances such as effective local leadership second CITIES can lift national economic performance. All of these aspects are important in the understanding of the GEELONG context, especially as the city has been undergoing an economic transformation from a manufacturing to a service centred economy. GEELONG has been largely dependent on several corporations, such as Ford and Alcoa, in specific manufacturing industries. 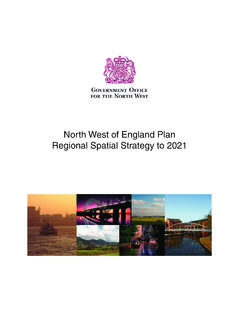 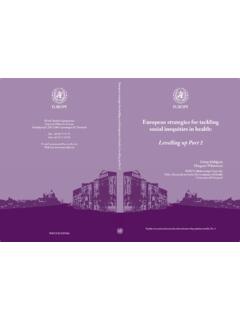