Common Themes and Techniques of Postmodern Literature 191 Shift to postmodernism As with all stylistic eras, no definite dates exist for the rise and fall of postmodernism's popularity. 1941, the year in which Irish novelist James Joyce and English novelist Virginia Woolf both died, is sometimes used as a rough boundary for postmodernism's start.

2 However, unifying features often coincide with Jean-Fran ois Lyotard's concept of the "metanarrative" and "little narrative", Jacques Derrida's concept of "play", and Jean Baudrillard's "simulacra." For example, instead of the modernist quest for meaning in a chaotic world, the Postmodern author eschews, often playfully, the possibility of meaning, and the Postmodern novel is often a parody of this quest. This distrust of totalizing mechanisms extends even to the author and his own self-awareness; thus Postmodern writers often celebrate chance over craft and employ metafiction to undermine the author's "univocation" (the existence of narrative primacy within a text, the presence of a single all-powerful storytelling authority). The distinction between high and low culture is also attacked with the employment of pastiche, the combination of multiple cultural elements including subjects and genres not previously deemed fit for Literature .

3 Background Notable influences Postmodernist writers often point to early novels and story collections as inspiration for their experiments with narrative and structure: Don Quixote, 1001 Arabian Nights, The Decameron, and Candide, among many others. In the English language, Laurence Sterne's 1759 novel The Life and Opinions of Tristram Shandy, Gentleman, with its heavy emphasis on parody and narrative experimentation, is often cited as an early influence on postmodernism. There were many 19th century examples of attacks on Enlightenment concepts, parody, and playfulness in Literature , including Lord Byron's satire, especially Don Juan; Thomas Carlyle's Sartor Resartus; Alfred Jarry's ribald 190 Ramen Sharma and Dr. Preety Chaudhary Ubu parodies and his invention of 'Pataphysics; Lewis Carroll's playful experiments with signification; the work of Isidore Ducasse, Arthur Rimbaud, Oscar Wilde.

4 Playwrights who worked in the late 19th and early 20th century whose thought and work would serve as an influence on the aesthetic of postmodernism include Swedish dramatist August Strindberg, the Italian author Luigi Pirandello, and the German playwright and theorist Bertolt Brecht. In the 1910s, artists associated with Dadaism celebrated chance, parody, playfulness, and attacked the central role of the artist.[clarification needed] Tristan Tzara claimed in "How to Make a Dadaist Poem" that to create a Dadaist poem one had only to put random words in a hat and pull them out one by one. Another way Dadaism influenced Postmodern Literature was in the development of collage, specifically collages using elements from advertisement or illustrations from popular novels (the collages of Max Ernst, for example).

5 Artists associated with Surrealism, which developed from Dadaism, continued experimentations with chance and parody while celebrating the flow of the subconscious mind. Andr Breton, the founder of Surrealism, suggested that automatism and the description of dreams should play a greater role in the creation of Literature . He used automatism to create his novel Nadja and used photographs to replace description as a parody of the overly-descriptive novelists he often criticized. Surrealist Ren Magritte's experiments with signification are used as examples by Jacques Derrida and Michel Foucault. Foucault also uses examples from Jorge Luis Borges, an important direct influence on many postmodernist fiction writers. He is occasionally listed as a postmodernist, although he started writing in the 1920s.

7 The poem is fragmentary and employs pastiche like much Postmodern Literature , but the speaker in The Waste Land says, "these fragments I have shored against my ruins". Modernist Literature sees fragmentation and extreme subjectivity as an existential crisis, or Freudian internal conflict, a problem that must be solved, and the artist is often cited as the one to solve it. Postmodernists, however, often demonstrate that this chaos is insurmountable; the artist is impotent, and the only recourse against "ruin" is to play within the chaos. Playfulness is present in many modernist works (Joyce's Finnegans Wake or Virginia Woolf's Orlando, for example) and they may seem very similar to Postmodern works, but with postmodernism playfulness becomes central and the actual achievement of order and meaning becomes unlikely.

8 [1]. Common Themes and Techniques of Postmodern Literature 191. Shift to postmodernism As with all stylistic eras, no definite dates exist for the rise and fall of postmodernism's popularity. 1941, the year in which Irish novelist James Joyce and English novelist Virginia Woolf both died, is sometimes used as a rough boundary for postmodernism's start. The prefix "post", however, does not necessarily imply a new era. Rather, it could also indicate a reaction against modernism in the wake of the Second World War (with its disrespect for human rights, just confirmed in the Geneva Convention, through the atomic bombings of Hiroshima and Nagasaki, the Holocaust, the bombing of Dresden, the fire-bombing of Tokyo, and Japanese American internment).

9 It could also imply a reaction to significant post-war events: the beginning of the Cold War, the civil rights movement in the United States, postcolonialism (Postcolonial Literature ), and the rise of the personal computer (Cyberpunk fiction and Hypertext fiction).[2][3][4]. Some further argue that the beginning of Postmodern Literature could be marked by significant publications or literary events. For example, some mark the beginning of postmodernism with the first publication of John Hawkes' The Cannibal in 1949, the first performance of Waiting for Godot in 1953, the first publication of Howl in 1956 or of Naked Lunch in 1959. For others the beginning is marked by moments in critical theory: Jacques Derrida's "Structure, Sign, and Play" lecture in 1966 or as late as Ihab Hassan's usage in The Dismemberment of Orpheus in 1971.

10 Brian McHale details his main thesis on this shift, although many Postmodern works have developed out of modernism, modernism is characterised by an epistemological dominant while postmodernism works are primarily concerned with questions of ontology.[5]. Post-war developments and transition figures Though postmodernist Literature does not refer to everything written in the Postmodern period, several post-war developments in Literature (such as the Theatre of the Absurd, the Beat Generation, and Magic Realism) have significant similarities. These developments are occasionally collectively labeled " Postmodern "; more commonly, some key figures (Samuel Beckett, William S. Burroughs, Jorge Luis Borges, Julio Cort zar and Gabriel Garc a M rquez) are cited as significant contributors to the Postmodern aesthetic.

Role of Training & Development in an … 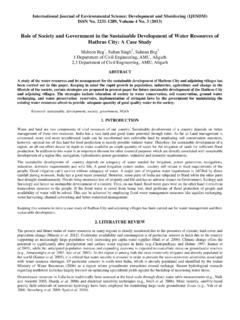 Role of Society and Government in the Sustainable ...

International Journal of Environmental Science: Development and Monitoring (IJESDM) ISSN No. 2231-1289, Volume 4 No. 3 (2013) Role of Society and Government in the Sustainable Development of Water Resources of

Roles, Society, Sustainable, Government, Role of society and government in the sustainable 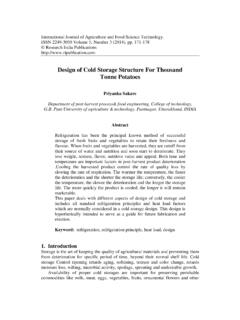 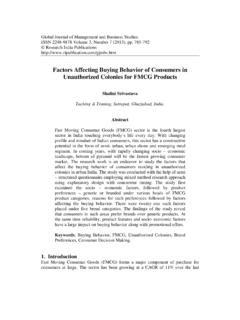 Factors Affecting Buying Behavior of Consumers in Unauthorized Colonies 787 4. Findings In order to understand the effect of factors on … 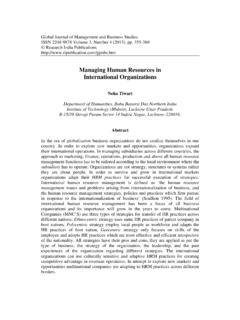 Study of Achievement Motivation in Relation to …

Organisational Behaviour and its Role in …

Organisational Behaviour and its Role in Management of Business 565 psychological tests are conducted in organisations for selection of employees, 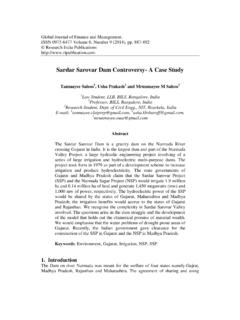 Sardar Sarovar Dam Controversy- A Case Study 889 and environmental disruption. Without the dam, the long term costs for people would be much greater and lack of an income source for future generations would put 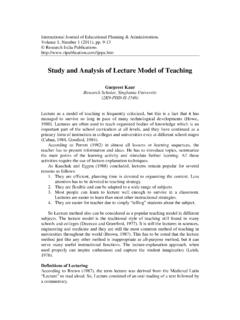 Study and Analysis of Lecture Model of Teaching

Study and Analysis of Lecture Model of Teaching 11 the theories, research studies, and arguments that support his conclusion. The most formal of such lectures are written out and read to the students.

Types of Hacking Attack and their Counter Measure

Types of Hacking Attack and their Counter Measure 45 fact that once, the flood-attack has started and the victim realizes what has happened, the … 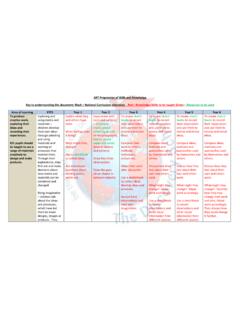 ART Progression of Skills and Knowledge Key to ... 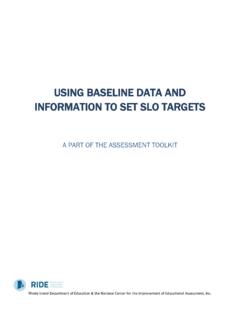 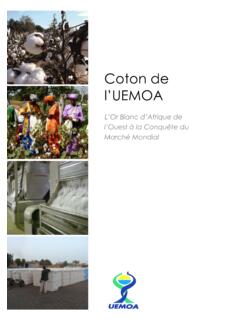 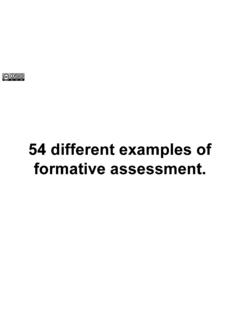 collage abc books Any creative ideas students can come up with to demonstrate additional understanding of a concept. Doodle It Have students draw what they understand, instead of writing it. Chalkboard Splash Numerous students respond to a prompt/question on the chalkboard or

Then display a drawing or collage that represents your own representation of the passage's main ideas as mental imagery. Using a "think-aloud" approach, explain the mental imagery of the picture and show how it encapsulates the main facts of the original passage. Show students how they can more easily recall facts using this approach. 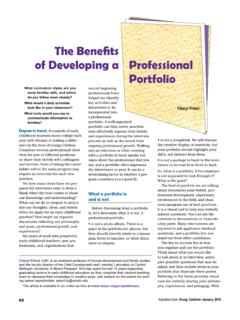 The Benefits of Developing a Professional Portfolio - NAEYC