COMPLIANCE PROGRAM. COMPLIANCE MANUAL . REGARDING anti - corruption . policy . May 2015. [Type text]. Table of Contents Contents 1. STATEMENT OF 2. 2. PROGRAM MANAGEMENT .. 3. 3. REQUIREMENTS OF THE anti - corruption LAWS .. 5. 4. COLLABORATORS OBLIGATIONS .. 9. 5. RESPONSIBILITY FOR SUBSIDIARIES AND JOINT VENTURES .. 11. 6. BUSINESS ENTERTAINMENT AND GIFTS .. 11. 7. POLITICAL CONTRIBUTIONS .. 12. 8. DONATIONS TO 12. 9. CONFLICTS OF INTEREST .. 13. 10. REPRESENTATIVES, AGENTS, BROKERS, CONSULTANTS OR OTHER. INTERMEDIARIES .. 13. 11. JOINT VENTURE PARTNERS, TEAMING ARRANGEMENTS, OR OTHER. BUSINESS 15. 14. TRAINING .. 18. 15. FURTHER INFORMATION .. 19. -1- CENTRAIS EL TRICAS BRASILEIRAS - ELETROBRAS. anti - corruption COMPLIANCE PROGRAM. 1. STATEMENT OF policy . Centrais El tricas Brasileiras - Eletrobras (the Holding ) and its subsidiaries (along with the Holding, referred to as the "Eletrobras Group") are committed to maintaining the highest level of professional and ethical standards in the conduct of its business affairs.

1 COMPLIANCE PROGRAM. COMPLIANCE MANUAL . REGARDING anti - corruption . policy . May 2015. [Type text]. Table of Contents Contents 1. STATEMENT OF 2. 2. PROGRAM MANAGEMENT .. 3. 3. REQUIREMENTS OF THE anti - corruption LAWS .. 5. 4. COLLABORATORS OBLIGATIONS .. 9. 5. RESPONSIBILITY FOR SUBSIDIARIES AND JOINT VENTURES .. 11. 6. BUSINESS ENTERTAINMENT AND GIFTS .. 11. 7. POLITICAL CONTRIBUTIONS .. 12. 8. DONATIONS TO 12. 9. CONFLICTS OF INTEREST .. 13. 10. REPRESENTATIVES, AGENTS, BROKERS, CONSULTANTS OR OTHER. INTERMEDIARIES .. 13. 11. JOINT VENTURE PARTNERS, TEAMING ARRANGEMENTS, OR OTHER. BUSINESS 15. 14. TRAINING .. 18. 15. FURTHER INFORMATION .. 19. -1- CENTRAIS EL TRICAS BRASILEIRAS - ELETROBRAS. anti - corruption COMPLIANCE PROGRAM. 1. STATEMENT OF policy . Centrais El tricas Brasileiras - Eletrobras (the Holding ) and its subsidiaries (along with the Holding, referred to as the "Eletrobras Group") are committed to maintaining the highest level of professional and ethical standards in the conduct of its business affairs.

2 corruption erodes confidence in the marketplace, undermines civil society and distorts economic and social development. It is to be condemned everywhere and at all times. The Eletrobras Group is committed to conducting our activities free from the illegal and improper influence of bribery and to promoting anti - corruption awareness among our employees, contract workers, Officers, Directors, independent Board members, managers, service providers, trainees and appendices (collectively, "Collaborators"), and all persons or entities that may represent the Eletrobras Group, which act as consultants, representatives, agents, brokers, and other intermediaries on its behalf (collectively, "Representatives"), joint ventures, and business partners throughout the world. It is the policy of the Eletrobras Group that all of its Collaborators and Representatives, and all joint venture partners or other similarly situated affiliates shall comply fully with all applicable anti - corruption laws and regulations, which include, but are not limited to the Foreign Corrupt Practices Act ( FCPA ) as amended, and Law no.

3 , of August 01, 2013, known as the Brazilian anti - corruption Law (Lei Anticorrup o Brasileira), hereby jointly referred to as the anti - corruption Laws . In October 2008, Eletrobras became a listed company in the New York Stock Exchange and, as a result, in addition to the Brazilian anti - corruption laws, the Eletrobras Group is subject to certain laws and regulations, such as the FCPA. The FCPA prohibits Eletrobras, directly or indirectly, including its subsidiaries, partners, joint-venture partners in Brazil and abroad from offering, promising, paying or authorizing the payment of anything of value (such as a bribe or kickback) to a government official to obtain or maintain commercial opportunities. The FCPA also requires the Eletrobras Group to adequately keep its books and records and to develop a system of internal accounting controls in accordance with certain standards.

4 Violations of the anti - corruption Laws can lead to both criminal and civil penalties. In addition to the FCPA, as of 2014, the Eletrobras Group is subject to the Brazilian anti - corruption Law. The aforementioned law is the first Brazilian law enacted exclusively with the purpose of preventing, addressing and curbing conducts that damage the public administration, national or foreign, particularly with regard to corruption and fraud in connection with public biddings and government contracts. The Brazilian anti - corruption Law strives to regulate the conduct of Brazilian companies in Brazil and abroad (including Brazilian subsidiaries of foreign companies). The law also regulates, within Brazil, the conduct of foreign companies that have offices, branches or any kind of representation in the -2- country, which includes companies legally incorporated in Brazil, as well as those with only a de facto presence in the country, even if only temporarily.

5 The Brazilian anti - corruption Law is novel to the extent that it establishes strict liability 1 for legal entities and presents certain provisions that go beyond the FCPA; specifically, the Brazilian anti - corruption Law establishes sanctions for actions performed against public bidding proceedings and also establishes that any individual may be considered a passive agent with regard to corruption or bribing, not only government agents. In addition, on March 18, 2015, a new regulation was issued (Decree no. 8420) which, among other provisions, established the necessity of creating a COMPLIANCE program by companies. However, the Eletrobras Group, which strives to maintain itself at the forefront of the battle against corruption , had already launched the present Program (as defined below) which is fully COMPLIANCE with the requirements of the new regulation, in addition to the anti - corruption Laws.

8 In the 1. Strict liability means that the entity will be held liable for damages against the public administration regardless of the entity's fault or intent to perform such action. It is important to note that the entity's strict liability does not exclude the individual liability of such entity's directors or administrators or of any individual who engaged or participated in the illicit activity. However, directors and administrators shall only be held liable for such damages to the extent of their participation. -3- event of a report REGARDING a violation of the anti - corruption Laws, which merits further investigation, the affected member of the Eletrobras Group shall establish an investigative committee (an Inquiry Committee ), which shall be responsible for addressing and investigating such reports and violations of this Program.

9 The Inquiry Committee shall be formed by at least three professionals. The duties and responsibilities of the COMPLIANCE Committee with respect to this Program shall include, but are not limited to, the following: (a) Oversee the preparation and issuance of the Collaborator guide REGARDING specific legal and regulatory obligations and issues involving ethical business practices;. (b) Provide training for Senior Management, persons with greater exposure, Representatives and Collaborators to ensure familiarity with and understanding of the anti - corruption Laws and this Program; and (c) Assess matters brought forth by Representatives of the Eletrobras Group REGARDING improvements and enhancements to this Program's implementation process within each of the Eletrobras Group companies, as well as implement the necessary adjustments.

10 With respect to the Holding and each company in the Eletrobras Group, the COMPLIANCE Officer shall: (d) Respond to inquiries by Collaborators REGARDING any aspect of this Program or other COMPLIANCE matters and submit pending issues or suggestions for improvement to the Eletrobras Group's COMPLIANCE Committee;. (e) Adopt necessary measures in order to investigate or oversee the investigation of any report or allegation REGARDING violations of this Program or other improper business conduct;. (f) Supervise and engage in due diligence of Representatives and all parties to any joint venture, teaming arrangements, or other business combinations involving the Eletrobras Group and monitor their COMPLIANCE with this Program, including by hiring outside counsel. Due diligence will be tailored to the specific risks raised under the attendant circumstances. 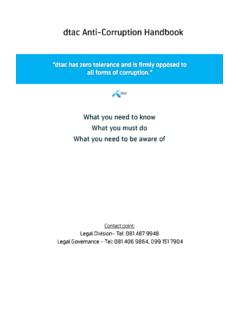 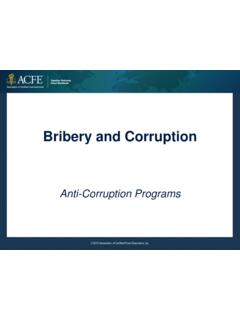 Bribery and Corruption - Association of Certified … 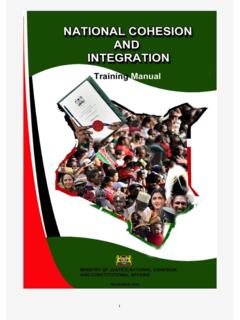 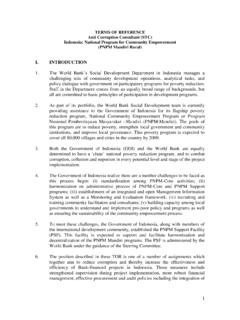 training community facilitators and consultants; (v) building capacity among local ... Anti Corruption Consultant will be part of a Bank task team that is responsible for ... in the Project Operation Manual (PTO). Provide recommendations on how compliance can be better encouraged and achieved. ... 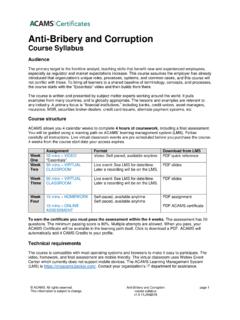 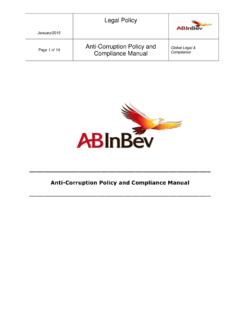 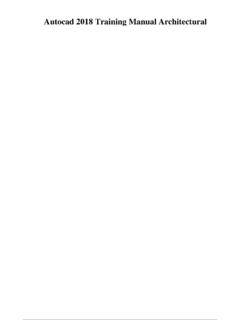 A good anti-fraud training program informs employees of what behavior is acceptable and what is not. Providing em - ployees with the legal definition of fraud is not enough; effective training includes an interactive discussion and ex - amples of fraud, as well as examples of errors and abuse.

LATIN AMERICA AND THE CARIBBEAN ANTI … Sample Fraud Policy . BACKGROUND. The corporate fraud policy is established to facilitate the development of controls that will aid in the detection and prevention of fraud against ABC Corporation. It is the intent of ABC Corporation to promote consistent organizational behavior by providing guidelines