Computer Forensics - Past, Present and Future

JIST 5(3) 2008. Journal of Information Science and Technology Computer Forensics - past , Present and Future Derek Bem, Francine Feld, Ewa Huebner, Oscar Bem University of Western Sydney, Australia Abstract In this paper we examine the emergence and evolution of Computer crime and Computer Forensics , as well as the crisis Computer Forensics is now facing. We propose new directions and approaches which better reflect the current objectives of this discipline. We further discuss important challenges that this discipline will be facing in the near Future , and we propose an approach more suitable to prepare for these challenges. We focus on the technical aspects, while at the same time providing insights which would be helpful to better understand the unique issues related to Computer forensic evidence when presented in the court of law.

1 JIST 5(3) 2008. Journal of Information Science and Technology Computer Forensics - past , Present and Future Derek Bem, Francine Feld, Ewa Huebner, Oscar Bem University of Western Sydney, Australia Abstract In this paper we examine the emergence and evolution of Computer crime and Computer Forensics , as well as the crisis Computer Forensics is now facing. We propose new directions and approaches which better reflect the current objectives of this discipline. We further discuss important challenges that this discipline will be facing in the near Future , and we propose an approach more suitable to prepare for these challenges. We focus on the technical aspects, while at the same time providing insights which would be helpful to better understand the unique issues related to Computer forensic evidence when presented in the court of law.

3 Serving data: it must embrace technologies and methods that will enable the inclusion of transient data and live systems analysis. This new direction might require a corresponding change in expectations: if we are to develop ways of collecting and analysing volatile information, it may be necessary to ease the requirements for absolute accuracy and certainty of findings. We aim primarily to appeal to legal professionals, both because there is a lack of literature explaining Computer Forensics in non-technical terms, and because our vision of the Future will involve an interdisciplinary collabo- ration. The paper is also relevant to Computer forensic examiners, law en- forcement personnel, business professionals, system administrators and managers, and anyone involved in Computer security, as the need for organi- zations to plan for and protect against technologically-assisted crime is be- coming critical ( Edwards, 2006).

4 The paper begins with a brief overview of the emergence of Computer crime and the development of Computer Forensics as a discipline over the 30. years of its existence. We then discuss some of the challenges the discipline now faces, before making suggestions for its Future direction. Our methodology is in the nature of a meta-analysis of the literature, using some case law and statute law from various jurisdictions (mainly the United States and Australia) as examples. We have not conducted an ex- haustive analysis of the issues and law in any one or a number of jurisdic- tions. However, we believe that the Future directions we propose are relevant universally. The nature of Computer crime and to some extent the legal re- sponses to it are likely to be similar around the world.

5 The Emergence of Computer Forensics Computers first appeared in the mid 1940s, and rapid development of this technology was soon followed by various Computer offences. Computer crime is broadly understood as criminal acts in which a Computer is the object of the oftence or the tool for its commission (AHTCC, 2005). In the mid-1960s Donn Parker, of SRI International, began research of Computer crime and unethical computerized activities. He noticed that: "iv/7en people entered tfie Computer center tiiey left tfieir etfiics at tfie door" (Bynum, 2001 ). Parker's work continued for the next two decades and is regarded as a milestone in the history of Computer ethics. The first prosecuted case of Computer crime was recorded in Texas, USA in 1966 (Dierks, 1993) and resulted in a five-year sentence.

6 In the 1970s and 1980s personal computers became common, both at home and in the workplace; subsequently law enforcement agencies noticed the emergence of a new class of crime: Computer crime (Overill, 1998). Cases and statute law are cited according to the conventions of the particular jurisdic- tion. When quoting, the original spelling is retained, while Australian spelling is used in the remaining parts of the paper Derek Bem, Francine Feld, Ewa Huebner, Oscar Bem JIST45. Like all crime, this new class required reliable evidence for successful prosecutions. So emerged the discipline of Computer Forensics , which aims to solve, document and enable prosecution of Computer crime. By the 1990s, law enforcement agencies in every technologically advanced country were aware of Computer crime, and had a system in place for its investigation and prosecution.

7 Many scientific research centres were also formed, and the soft- ware industry started to offer various specialized tools to help in investigating Computer crime (Noblett et al, 2000). With rapid technological progress, Computer crime has flourished. However, it is interesting to note that many offences then and now are unre- ported and subsequently never prosecuted. USA annual Computer Crime and Security Surveys conducted by the CSI/FBI (Gordon et al, 2006) show that from 1999 to 2006, 30% to 45% of respondents did not report Computer intru- sion, mainly for fear of negative publicity. Australian surveys show much higher figures: in the 2006 AusCERT survey (AusCERT, 2006) 69% of respondents chose not to report attacks to any external party.

8 A reason for not reporting, given in 55% of cases, was that they "didn't think law enforcement was ca- pable" (AusCERT, 2006, p 35). These statistics suggest that the incidence of Computer crime is much higher than it might seem, and that confidence in law enforcement capability might result in a higher reporting rate. It is not clear why there is a lack of confidence in law enforcement capability, but it is conceivable that the maturing of Computer Forensics might increase law en- forcement capability and ultimately lead to an improvement in reporting behaviour. For early investigators involved in Computer crimes it became obvious that if findings were to be useful as court evidence they had to comply with the same rules as conventional investigations.

9 The first thing every investiga- tor has to be aware of is Locard's Exchange Principle: "Anyone or anything entering a crime scene takes something of the scene with them, or leaves something of themselves behind when they depart" (Saferstein, 2001). It also became dear that when investigating Computer crime the same basic rules applied as in any other crime scene investigation. The investigation process includes phases of physical scene preservation, survey, search and recon- struction using collected evidence, all of which must follow a rigid set of rules and be formally documented (Bassett et al, 2006). This process is detailed in many books, manuals and guides, Fisher (Fisher, 2003). First Period Leads to First Definitions It soon became apparent that Computer crime has features justifying a separate field of knowledge or discipline.

10 This field is commonly known as ' Computer Forensics '. Other names are also used, ' forensic computing'. (McKemmish, 1999), or 'digital Forensics ' (DFRWS, 2005). The broader term 'digital Forensics ' refers to digital evidence, understood to be "any information of probative value that is either stored or transmitted in a digital form". 46 Derek Bem, Francine Feld, Ewa Huebner, Oscar Bem JIST. (Whitcombe, 2002). Thus it refers not only to computers, but also to digital audio and video, digital fax machines, and similar. One would expect to see even broader terms like 'electronic Forensics ' or 'e- Forensics ' covering all elec- tronic digital and analogue media, but those are rarely used. It appears that by 2008 the term ' Computer Forensics ' is used in a broader sense in relation to all digital devices. 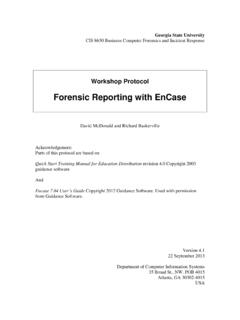 Forensic Reporting with EnCase David McDonald and Richard Baskerville Acknowledgement: ... The final phase of a forensic examination is reporting the findings, which should be well ... Report templates that hold formatting, layout, and style information. A report 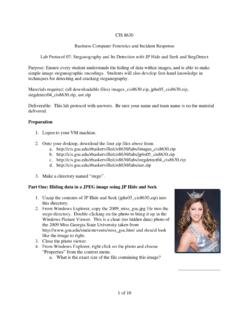 Lab Protocol 07: Steganography and Its Detection with JP Hide and Seek and StegDetect Purpose: Ensure every student understands the hiding of data within images, and is able to make simple image steganographic encodings.

Organizational Ambidexterity: Past, Present and Future

Research on Computers and Education: Past, Present …

Research on Computers and Education: Past, Present and Future Prepared for the Bill and Melinda Gates Foundation Jeffrey T. Fouts Professor of Education 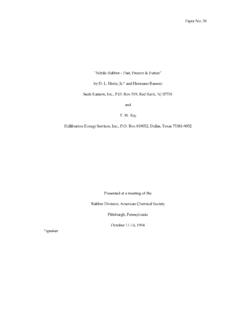 Present Simple and Continuous with a Future …

With, Future, Simple, Present, Continuous, Present simple and continuous with 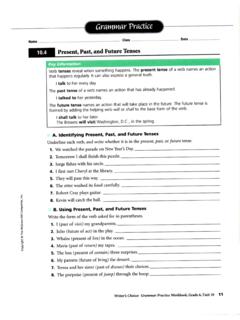 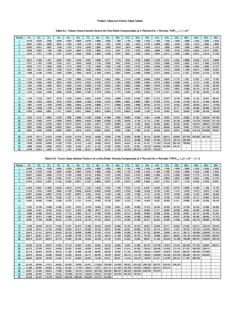