Conductors & Terminations Application Considerations These excessive thermal conditions described above may cause the device (block, switch, fuse, circuit breaker, etc.) insulating system to deteriorate, which may result in a mechanical and/or electrical breakdown. For instance, the excessive thermal condition of a conductor termination of a circuit breaker can degrade the insulating case material. Or a fuse block material may carbonize due to the excessive thermal conditions over a long time. Normally, a fuse is mounted in a fuse clip or bolted to a metal surface. It is important that the two surfaces (such as fuse to clip) are clean and mechani- cally tight so that there is minimal electrical resistance of this interface. If not, this interface is a high resistance spot, which can lead to a hot spot. With a fuse to clip application, the temperature rise from a poor clip can cause even further deterioration of the clip tension.

1 Conductors & Terminations Application Considerations These excessive thermal conditions described above may cause the device (block, switch, fuse, circuit breaker, etc.) insulating system to deteriorate, which may result in a mechanical and/or electrical breakdown. For instance, the excessive thermal condition of a conductor termination of a circuit breaker can degrade the insulating case material. Or a fuse block material may carbonize due to the excessive thermal conditions over a long time. Normally, a fuse is mounted in a fuse clip or bolted to a metal surface. It is important that the two surfaces (such as fuse to clip) are clean and mechani- cally tight so that there is minimal electrical resistance of this interface. If not, this interface is a high resistance spot, which can lead to a hot spot. With a fuse to clip application, the temperature rise from a poor clip can cause even further deterioration of the clip tension.

2 This results in the hot spot condition getting worse. The middle, line-side conductor to this disconnect became loose . The loose connection created an excessive thermal condition that caused excessive damage to the device termination , the middle conductor and the adjacent Conductors . conductor & termination Considerations A fuse, as well as a circuit breaker, is part of a system where there are electrical, mechanical and thermal considerations. All three of these are interrelated. If there is too much electrical current for the circuit, the components can overheat. If a conductor termination is not properly torqued, the termination can be a hot spot and contribute excess heat. This additional The fuse clip on the right has excellent tension that provides a good heat is detrimental to the integrity of the termination means, conductor mechanical and electrical interface (low resistance) between the fuse and clip.

3 Insulation and even the overcurrent protective device. If the conductor size is The clip on the left experienced excessive thermal conditions due to an too small for the circuit load or for how the fuse/ termination or circuit improper conductor termination or undersized conductor . As a result, the clip breaker/ termination has been rated, the undersized conductor will be a source lost its tension. Consequently, the mechanical and electrical interface between of detrimental excess heat, which bleeds into the devices through the the fuse and clip was not adequate which further accelerated the unfavorable terminals. This excess heat can cause integrity issues. thermal condition. How important is the proper conductor size and proper termination methods? Very! Many so called nuisance openings of overcurrent protective devices or Some Causes of loose Terminal Connections device failures can be traced to these root causes.

4 Improper electrical Below are some possible causes for loose terminal connections for various connections can result in fire or other damage to property and can cause termination methods and possible causes of excessive heating of the injury and death. If there are loose terminal connections, then: overcurrent protective device / termination / conductor system: The conductor overheats and the conductor insulation may break 1. The conductor gauge and type of conductor , copper or aluminum, must be within the down. This can lead to a fault; typically line to ground. Or, if connector's specifications. The terminals for a fuse block, terminal block, switch, Conductors of different potential are touching, the insulation of circuit breaker, etc. are rated to accept specific conductor type(s) and size(s). If the both may deteriorate and a phase-to-neutral or phase-to-phase conductor is too large or too small for the connector, a poor connection results, and fault occurs.

5 Issues may arise. Additionally, it must be verified that the terminal is suitable for aluminum conductor , copper conductor , or both. Usually the termination means is rated for acceptable conductor type(s) and range of conductor sizes; this is evidenced by the ratings being marked on the device (block, switch, circuit breaker, etc.) or specified on the data sheet. 2. The connector is not torqued to the manufacturer's recommendation. Conductors loosen as they expand and contract with changes in temperature due to equipment running and not running. If the connections are not torqued appropriately, loose Arcing can occur between the conductor and lug. Since a poor connections may result. For a mechanical screw, nut, bolt or box lug type connection is not an overload or a short circuit, the overcurrent connection, follow the manufacturer's recommended torque. Typically the specified protective device does not operate.

6 Torque for a connector is marked on the device. For a specific connector, the The excessive thermal condition of the conductor termination specified torque may be different for different wire sizes. increases the temperature beyond the thermal rating of the fuse 3. The conductor is not crimped appropriately. A poor crimp could be between the clip material. The result is that the fuse clip can lose its spring conductor and a ring terminal. It could be between the conductor and the quick tension, which can result in a hot spot at the interface surface of connect terminal. Or, it could be between the conductor and an in-line device. If the fuse and clip. using a compression connection, use the manufacturer's recommended crimp tool with the proper location and number of crimps. 2005 Cooper Bussmann 55. Conductors & Terminations Application Considerations 4. The quick connect terminal is not seated properly.

7 If the male-female connections are 4. For motors with design letters B, C or D, Conductors with insulation rating of 75 C of not fully seated, a hot spot may be created. higher are permitted as long as the ampacity of the Conductors is not greater than the 75 C rating [ (C)(1)(a)(4)]. 5. The quick connect terminal is being used beyond its amp rating. Quick connects typically have limited continuous current ratings that must not be exceeded. Typical 5. If a conductor is run between two devices that have terminals rated at two different maximum ratings possible for a quick connect are 16 or 20A (some are less); this is temperatures, the rules above must be observed that correlate to the terminal with based on a proper conductor size, too. If the quick connect is used beyond its amp the lowest temperature rating. rating, excessive temperature will result which can degrade the quick connect's For circuits greater than 100A, use Conductors with at least a 75 C insulation tension properties and further overheating issues result.

8 Rating at their 75 C ampacity rating. 6. The conductor is not properly soldered to a solder terminal. Again, if there is not a So why would anyone ever want to use a conductor with a 90 C or a 105 C. good connection between the two, a hot spot will be created. rating if they can't be applied at their ampacity ratings for those temperatures? 7. The terminal is only rated to accept one conductor , but multiple Conductors are being The answer lies in the fact that those higher ampacity ratings can be utilized used. Again, the product specifications must be checked to see if the terminal is when derating due to ambient conditions or due to exceeding more than 3. rated for dual Conductors . If the product is not marked suitable for dual Conductors , current carrying Conductors in a raceway. then only one conductor can be used for this termination . Inserting too many Conductors will cause a poor connection, which can result in heat or other problems.

9 Example (ampacity and derating tables next page). Other important aspects in the electrical and thermal relationship for circuit Circuit ampacity required: 60 amps components in a circuit are the conductor size, conductor rated ampacity, the Ambient: 45 C. conductor insulation temperature rating and the permissible connector device conductor temperature limits. Conductors have specified maximum ampacities 60 C terminal 75 C terminal that are based on many variables including the size of the conductor and its insulation temperature rating. The NEC establishes the allowable ampacity of Conductors for various variables and applications. In addition, there are some overriding requirements in the NEC and product standards that dictate the ampacity of Conductors when connected to terminals. For instance, the ampacity for a conductor with 90 C insulation is generally greater than the conductor size and insulation rating?

10 Ampacity of a conductor of the same size but with 60 C insulation. However, the greater ampacity of a conductor with 90 C insulation is not always Assume that an ampacity of 60A is needed in a circuit with a 75 C termination permitted to be used due to limitations of the terminal temperature rating at one end and a 60 C termination at the other end, where the ambient is and/or the requirements of the NEC . (Reference in the NEC for 45 C. First, since one termination temperature rating is higher than the other, specific requirements.) However, there are some simple rules to follow for cir- the lowest one must be used, which is 60 C. The first choice might be a 4. cuits of 100A and less. These simple rules generally should be followed AWG TW conductor with an ampacity of 70A at 60 C. However, in the NEC . because these are the norms for the device component product standards and the Correction Factors table at the bottom of conductor ampacity Table performance evaluation to these standards for fuses, blocks, disconnects, reveals that the 70A ampacity must be derated, due to the 45 C ambient, by a holders, circuit breakers, etc. 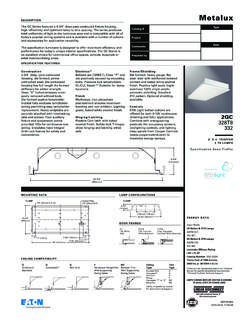 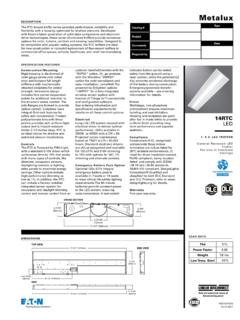 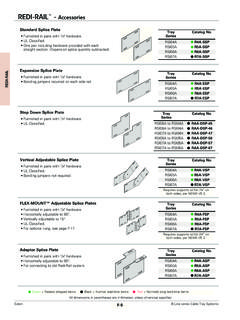 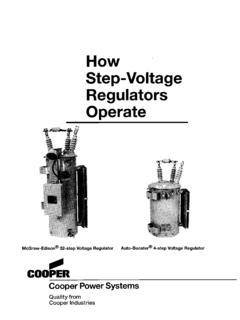 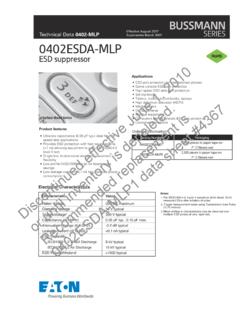 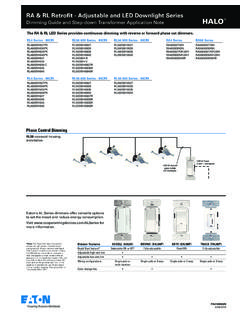 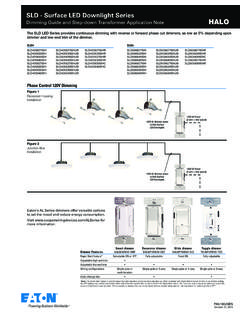 Thank You, Ma'am (by Langston Hughes)

1 Thank You, Ma'am (by Langston Hughes) She was a large woman with a large purse that had everything in it but hammer and nails. It had a long strap, and she carried it slung across her shoulder. 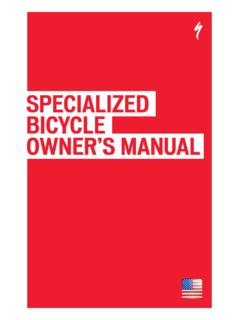 Learnenglishfeelgood.com ESL WORKSHEETS Topic: COMMONLY CONFUSED WORDS 1 | Level: ADVANCED Below you'll find pairs of words that are commonly confused in writing. Choose the correct response to complete each of the sentences:

2 Safety Practices in Welding INTRODUCTION Arc welding is a safe occupation when sufficient measures are taken to protect the welder from potential hazards.