1 Conners 3 UpdateThe following updates have been made to the Conners 3rd Edition ( Conners 3 ): (1) Validity scale interpretation, (2) T-score interpretation, and (3) renaming the Aggression scale to Defiance/Aggression. These changes are intended to improve the utility of the assessment in actual Validity Scale InterpretationThe Conners 3 includes three Validity scales: the Positive Impression (PI), Negative Impression (NI), and Incon-sistency Index (IncX) scales. In the initial release of the Conners 3 documentation, the guidelines for interpreta-tion of these Validity scales used the following language: probably valid, possibly invalid, and probably invalid. To better align the interpretation guidelines with the intent of the scales, the guidelines have been revised using new language. Validity scale scores should be considered as indicative of potentially problematic response styles ( , possible positive, negative, or inconsistent response style; see Table 1).

1 1 Conners 3 UpdateThe following updates have been made to the Conners 3rd Edition ( Conners 3 ): (1) Validity scale interpretation, (2) T-score interpretation, and (3) renaming the Aggression scale to Defiance/Aggression. These changes are intended to improve the utility of the assessment in actual Validity Scale InterpretationThe Conners 3 includes three Validity scales: the Positive Impression (PI), Negative Impression (NI), and Incon-sistency Index (IncX) scales. In the initial release of the Conners 3 documentation, the guidelines for interpreta-tion of these Validity scales used the following language: probably valid, possibly invalid, and probably invalid. To better align the interpretation guidelines with the intent of the scales, the guidelines have been revised using new language. Validity scale scores should be considered as indicative of potentially problematic response styles ( , possible positive, negative, or inconsistent response style; see Table 1).

2 It is recommended that clinical judgment be used in the interpretation of elevated Validity scale scores ( , raw scores that are above the cut-offs presented in Table 1). Item-level analysis can be useful in this process. Elevated PI and NI scores may indicate a positive response style for the PI and a negative response style for the NI. However, it is possible that these scales could be elevated due to other reasons, such as in the case of an extremely well-behaved youth (an elevated PI score), or in the case of a youth who really does misbehave most of the time (an elevated NI score). Similarly, while an elevated IncX score likely reflects an inconsistent response style, it is possible that it is the youth s behavior (rather than the rater s responses) that is inconsistent. Reviewing the responses to the items that make up these scales can help determine if there is a problematic response style or if the scale elevations are accurate reflections of the youth s Style Analysis using the Conners 3 Validity ScalesTable Positive ImpressionParent TeacherSelf-ReportInterpretive Guideline0 40 40 3 Overly positive response style not 65 64 6 Possible positive response style.

4 T-scores for Conners 3 scales convert the raw scores to reflect what is typical or atypical for that age and gender. All T-scores have a mean of 50 and a standard deviation of 10. A perfectly average T-score of 50 is exactly equal to the mean score of that age and gender group. The average range falls within one standard deviation of the mean ( , between 40 and 59). For some scales on the Conners 3, it is possible to get very extreme T-scores ( , > 100). To avoid over-interpretation of these extreme values, all T-scores greater than 90 in the computerized reports (as in the paper forms) are reported as the original guidelines for interpreting T-scores, the 60 to 69 range was considered elevated. An additional condition, however, was imposed in that scores from 57 to 63 were specified as being in the borderline range. The T-score interpretive guidelines have been adjusted so that the borderline range now reflects a specific category of scores ( , scores that are between 1 and standard deviations above the mean; 60 to 64) and is described as High Average.

5 1 The new interpretive guidelines are as follows: A T-score in the Very Elevated range ( , > 2 standard deviations above the mean) is very likely to indicate a significant area of concern. A T-score in the Elevated range ( , 2 standard deviations above the mean) usually indicates significant concerns. A T-score in the High Average range requires careful consideration and clinical judgment, as this range is the borderline between typical and atypical levels of concern. T-scores falling below 60 generally indicate typical or absent concerns for the child s age and gender. (See Table 2 for a summary of these guidelines.) Remember that clinical training and judgment are required for responsible interpretation of any test score; these score classification guidelines should not be applied automati-cally without careful interpretation by a Data analyses of the normative and clinical samples revealed that scores in the 60 to 64 range are almost equally likely to occur with clinical and non-clinical cases.

6 Note that these guidelines are approximations and should not be used as absolute rules. There is no reason to believe that there is a perceptible difference, for instance, between a T-score of 64 and a T-score of 65. Even if a youth receives a score in a given range, if other information ( , observation, interview, clinical history) suggests something different, then this must be taken into consid-eration in the interpretation change applies to the interpretation of T-scores for the Conners 3 Content scales, DSM-IV-TR Symptom scales, and to T-scores on the various Conners 3 interpretation of discrepancies between DSM-IV-TR Symptom Counts and T-scores have been updated to reflect the changes in the T-score guidelines; see Table 3. These discrepancies are to be expected, given that the Symptom Count and T-score are based on different metrics ( , absolute versus relative). Because the DSM-IV-TR Symptom scale T-scores take age and gender into account, they may at times be more sensitive to atypicality for that peer group, even if symptoms do not meet the absolute symptom count level.

8 See Table 4 for guidelines for the interpretation of the probability and T-scores based on the new score ranges. 2 This falls under Step 5 (Integrate Results) of the Step-by-Step Interpretation Guidelines in chapter 6 of your Conners 3 Including the full-length Conners 3, the Conners 3 Short, the Conners 3 Global Index , and the Conners 3 ADHD Index .3 April, 20093. Defiance/Aggression ScaleAll three versions (Parent, Teacher, Self-Report) of the Conners 3 include an Aggression scale. However, the true content of the scale measures not only agression, but also defiance (behaviors that are considered problematic but do not have overt expression of agression). To reflect this broader content, the scale name has been changed from Aggression to The characteristics of high scorers on the Defiance/Aggression scale are:May be argumentative. May defy requests from adults. May have poor control of anger and may lose temper. May be physically and/or verbally aggressive.

9 May show violent or destructive tendencies. May bully others. May be manipula-tive or cruel. May break rules and/or have legal Note that this change has been reflected in the Feedback handout. The Conners 3 full-length and Short form computer-ized Assessment Report includes a feedback handout that can be shared with people who are not familiar with the Conners 3 ( , parents, school staff, lawyers, therapists, coaches, or youth). The computer-generated feedback handout includes a brief description of the Conners 3, a summary table of results, additional topics for discussion, and the level of impairment. In this handout, the Aggression category has been renamed Defiance/Aggression. The underlying cause of an elevated Defiance/Aggression score ( , defiant vs. aggressive) can be discerned by looking at the item level responses (Step 4 of the Step-by-Step Interpretation Guidelines in chapter 6 of your Conners 3 Manual). The examination of the responses to items in the scale can help determine if the scale elevation is caused by defiant behaviors ( , Actively refuses to do what adults tell him/her to do, Argues with adults ), aggressive behaviors ( , Physically hurts people, Threatens to hurt others ), or both types of 2. 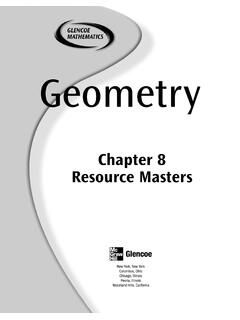 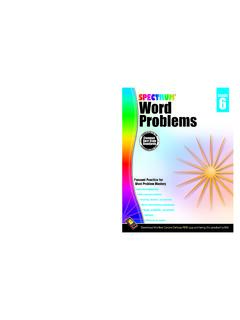 for standardized test preparation. It provides clear examples of how the math skills students learn in school apply to everyday life with challenging, multi-step word problems, skills that are essential to proﬁ ciency with the Common Core State Standards. Spectrum Word Problems Grade 6 includes practice for essential math skills, such as: 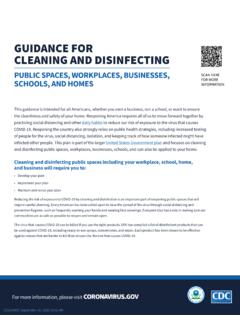 GUIDANCE FOR CLEANING AND DISINFECTING

GUIDANCE FOR CLEANING AND DISINFECTING PUBLIC SPACES, WORKPLACES, BUSINESSES, SCHOOLS, AND HOMES SCAN HERE FOR MORE INFORMATION This guidance is intended for all Americans, whether you own …