CONSTITUTIONAL COURT OF SOUTH AFRICA Case CCT 75/13 In the matter between: NATIONAL UNION OF PUBLIC SERVICE & ALLIED WORKERS obo MANI AND NINE OTHERS Applicant and

2 Advice can be accepted or rejected statement by employees that they cannot bear to be in the same building with CEO and that employer to ensure that certain day is his last day in employer s employ advice to give him separation package publication of complaints lawful activities in terms of section 4(2)(a) of the Labour Relations Act 66 of 1995 and made in pursuit of conciliation process not insubordination and disrespectful behaviour dismissal dismissal automatically unfair fully retrospective reinstatement and costs ORDER.

3 On appeal from the Supreme COURT of Appeal (hearing an appeal from the Labour COURT ): 1. Leave to appeal is granted. 2. The appeal is upheld. 3. The orders of the Supreme COURT of Appeal and the Labour COURT are set aside. 4. The order of the Labour COURT is replaced with the following order: (a) The dismissal of the applicant employees was automatically unfair. (b) The respondent is ordered to reinstate the applicant employees in its employ on terms and conditions of employment no less favourable to them than the terms and conditions that governed their employment immediately before their dismissal.

4 (c) The order in (b) above is to operate with retrospective effect from the date of dismissal. (d) The respondent must pay the applicants costs.. 5. The respondent must pay the applicants costs in the Labour Appeal COURT , Supreme COURT of Appeal and in this COURT . JUDGMENT. FRONEMAN J (Skweyiya ADCJ and Cameron J concurring): Introduction [1] What protection does the Labour Relations Act1 (Act) afford to employees who demand the dismissal of their Chief Executive Officer (CEO), with a threat to stop work if the demand is not met, and then also associate themselves with a letter about the poor performance of the CEO, which their union leaks to the press, all during a conciliation process in terms of the Act?

5 That is the question to be determined in this matter. [2] The respondent, the National Lotteries Board (employer or the Board), dismissed the employees on the ground that the demand and threat constituted insubordination, and that the association with the press leak constituted misconduct in the form of disrespect and bringing the CEO and employer into disrepute. At a disciplinary hearing the employees were found guilty of these charges and those who did not make a formal apology were dismissed. The dismissals were upheld in the Labour COURT and Supreme COURT of Appeal.

6 The applicant (union) seeks further redress in this COURT for the dismissed employees. 1. 66 of 1995. 3. FRONEMAN J. [3] The union does so, on two alternative grounds. The first is that the dismissals were automatically unfair under section 187 of the Act, because the employees . conduct amounted to participation in the lawful activities of the union under the Act. The alternative ground is that if the dismissals were not automatically unfair, they were nevertheless unfair under section 188 of the Act. [4] Briefly, what happened is that the union was unhappy with the performance of the CEO.

7 It sought information about the CEO s terms of contract from the employer. The employer refused to divulge it. The union then referred the dispute about its alleged right to obtain the information to conciliation under the Act. During the conciliation process the union and the employees were given the opportunity to motivate why the contract of the CEO should be made public. The union did so in a letter (union letter) that listed a number of complaints against the CEO. The union letter did not demand his dismissal, nor did it contain any threats of a work stoppage.

8 The employer did not respond to a further request for a meeting. The union letter was leaked to the press. Again the employer did not respond. The employees then wrote their own letter (petition) supporting the union, but went further in demanding the dismissal of the CEO and stating that if it was not done by a certain date, they would not work in the same building with him again. This conduct led to the institution of disciplinary proceedings. Separately the conciliation was declared a failure and the employer s contention that the union was not entitled to the information was upheld by the commissioner.

9 4. FRONEMAN J. [5] This judgment holds that the enquiry should proceed by asking questions at three different levels. The first is to determine whether the employees petition and the publication of the union letter in the press objectively amounted to insubordination and bringing the CEO and employer into disrepute. I find that they do, for reasons explained later. [6] The second is whether the Act contains provisions that make it automatically unfair to dismiss employees for these transgressions. The answer is No.

10 [7] As far as the insubordination charge is concerned, the union letter did not demand dismissal of the CEO and threaten a work stoppage. The employees petition did. To demand the dismissal of a co-employee without a fair hearing is unlawful. The employees made that demand, the union did not. There is simply no room for the employees to rely on the lawful activities of the union under the Act to justify their own, separate and unlawful, demand and threat. [8] Should a dispute about the continued employment of the CEO be determined in accordance with the dispute-resolution processes under the Act?

The office and calling of the evangelist - …

THE OFFICE AND CALLING OF THE EVANGELIST-FACILITATOR'S GUIDE Page 2 of 11 Billy Graham, speaking at the Amsterdam Conference for Itinerant Evangelists, said: “One of the greatest needs today is for the Church throughout the world to recognize and

Office, Evangelist, Calling, Office and calling of the evangelist 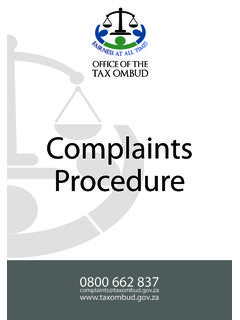 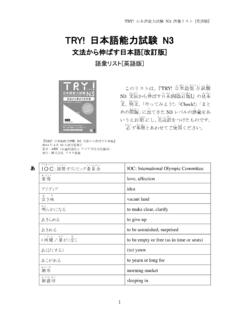 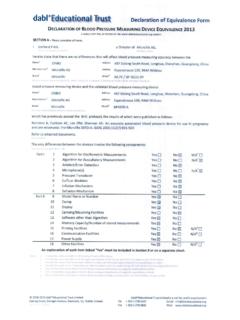 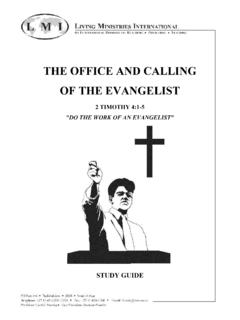 The office and calling of the evangelist - Study Guide

THE OFFICE AND CALLING OF THE EVANGELIST - STUDY GUIDE Page of 8 2 INTRODUCTION The term “Evangelist” has a variety of connotations. To some the word implies a back yard self-ordained preacher. To others …

Office, Evangelist, Calling, The office and calling of the evangelist