Clinical Foundations www.clinicalfoundations.org 3 evidence and practice. To address that question, two buckets of information need to be eval-uated: (1) what capnography …

2 William Galvin, MSEd, RRT, CPFT, AE-C, FAARC almost a decade. Perhaps the most significant change is the recommendation for Program Director, Respiratory Care Program Gwynedd Mercy College, Gwynedd Valley, PA. use of capnography for monitoring the adequacy of ventilation during moderate Carl Haas, MS, RRT, FAARC and deep sedation. The additional requirements borne by those guidelines have Educational & Research Coordinator University Hospitals and Health Centers Ann Arbor, MI generated much discussion as hospitals seek to manage risks associated with an- Richard Kallet, MSc, RRT, FAARC. Clinical Projects Manager esthesia and sedation. The purpose of this paper is to describe the drivers of this University of California Cardiovascular Research Institute change and to provide supporting evidence for use of capnography to improve San Francisco, CA.

4 The panel addresses the consen- Webinars sus guidelines and statements from multiple organizations regarding monitoring Clinical Foundations is dedi- of ventilation during procedural sedation and the application of those guidelines cated to providing healthcare professionals with clinically in their practice; how capnography compares to pulse oximetry and respiratory relevant, evidence-based rate measurement for detecting changes in respiratory status during procedural topics. Clinical Foundations sedation; the use of capnography in nonintubated patients; the primary barriers is pleased to announce a we- to implementing ventilatory monitoring during procedural sedation; capnography binar series featuring lead- ing healthcare professionals.

5 Waveform interpretation (and the difficulty doing so among many clinicians); and To find out more about the finally, the use of capnography in neonatal and pediatric populations. current webinar and to reg- ister, go to Each webinar is accredited for CRCEs and CEs. MC-001200 This program is sponsored by Teleflex Incorporated Clinical Foundations nography along with pulse oximetry. Rationales and As familiar as both are in that milieu, it is still relatively foreign to think about capnography in outpatient and Applications for alternative settings such as endoscopy centers and dental clinics, as well as capnography Monitoring emergency departments and other procedural settings beyond traditional During Sedation ORs.

6 Lack of familiarity and the greater variability of human and capital re- By Devin Carr, MSN, MS, RN, RRT, ACNS-BC, NEA-BC, CPPS and Anna Cartwright, BSN, RN sources in non-OR settings translate I. to barriers to implementing ASA's n September 2011, the Ameri- latest standards. Inconsistencies in staffing levels, Education levels, lack can Society of Anesthesiologists (ASA) approved the first substan- The standard of care for of capital funds and available train- tive changes to its Standards for ing, looser oversight from hospitals Basic Anesthetic Monitoring in almost patients who undergo or other bodies, and the relatively few a decade. Perhaps the most significant studies published regarding outcomes change is the recommendation for use secondary to capnography in non-OR/.

7 Of capnography for monitoring the ad- general anesthesia in non-general anesthesia settings all can equacy of ventilation during moderate slow the impetus for change. and deep sedation. The additional re- hospital ORs has long Besides the cost of basic EtCO2. quirements borne by those guidelines monitoring equipment (est. $3,000 . have generated much discussion as $5,000 or more per device, plus dis- hospitals seek to manage risks associ- included capnography posable supplies), additional clinical ated with anesthesia and sedation. The staff and additional training may be purpose of this paper is to describe along with pulse required. In an era of increasing costs and declining reimbursements, the the drivers of this change and to pro- vide supporting evidence for use of up-front costs could be a rate-limiting capnography to improve quality out- oximetry.

8 Step. However, to understand the re- comes by promoting patient safety in turn on investment, clinicians and ad- clinical practice. ministrators need to fully understand must carefully interpret standards in the implications of not implementing Drivers of Change prioritizing which practice changes to the guidelines: an increased rate of ad- ASA's standards are the backbone implement. verse events (AEs) and the cost of their of basic anesthesia monitoring in hos- While the benefits of capnography sequelae (extra lab tests and interven- pitals and clinics. Those standards for confirmation of airway status and tions), as well as potential litigation represent expert consensus, based on early detection of hypoventilation in costs if severe harm occurs.

9 Research findings and best evidence the OR setting are clearly documented Evidence for increased AEs and available. The most recent iteration in the literature, much debate remains their cost is abundant in the litera- of the standards includes the addition regarding its necessity during moni- ture for OR scenarios. A systematic of capnography (end-tidal carbon di- tored anesthesia care and procedural review of previously published stud- oxide [EtCO2]) monitoring for deep sedation when other means of assess- ies2 revealed that an estimated 41% of and moderate sedation1(July 2011). By ment are employed. Consequently, all hospital-related AEs occurred in definition, standards are rules or re- debate has arisen over the breadth of the OR with fewer events ( ) oc- quirements that reflect accepted prac- practice for EtCO2 monitoring.

10 Curring in the intensive care environ- tices for safe patient care. Standards ment. Thus, despite ASA saying that set by professional organizations serve Impediments to Change capnography is now required during as care guidelines but not necessar- The standard of care for patients moderate and deep sedation, it re- ily regulatory requirements. As such, who undergo general anesthesia in mains a question mark in many peo- healthcare practitioners and providers hospital ORs has long included cap- ple's minds. This creates a gap between 2 Clinical Foundations evidence and practice. dead space present must be taken into To address that question, two buckets of information need to be eval- Pulse oximetry consideration if doing a side-by-side comparison.

Protecting the Ventilated Patient from Hospital- …

10 Things Every Paramedic Should Know About …

10 Things Every Paramedic Should Know About Capnography Capnography is the vital sign of ventilation. By tracking the carbon dioxide in a patient’s exhaled breath, capnography enables 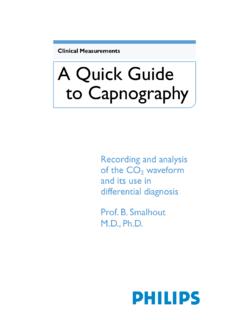 Clinical Measurements A Quick Guide to Capnography Recording and analysis of the CO 2 waveform and its use in differential diagnosis Prof.B.Smalhout M.D.,Ph.D. 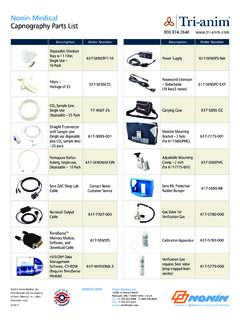 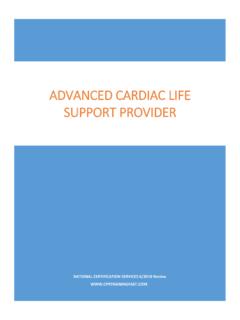 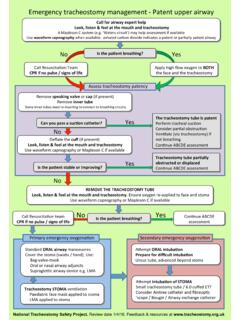