2 The remaining million received care from private doctors paid by Medicaid. n In 2010, publicly funded Contraceptive services helped women prevent million unintended pregnancies; million of these would have resulted in unplanned births and 760,000 in abor- tions. Without publicly funded Contraceptive services, the rate of unintended pregnancies, unplanned births and abortions in the United States would all be 66% higher; the rates for teens would be 73% higher. n The number of unintended pregnancies averted by public funding was 15% higher in 2010. than in 2006, even though the number of clients served fell 5% during that period. This is par- tially because more family planning clients currently use highly effective contraceptives, such as long-acting reversible methods, than previously.

3 More importantly, women who are unable to obtain public services are more likely now than in 2006 to be using either no Contraceptive method or a less effective one, probably because of the recession. n Services provided by clinics that receive some Title X funding helped women avert million unintended pregnancies in 2010, preventing 590,000 unplanned births and 400,000 abortions. Without the services provided by Title X funded clinics, the unintended pregnancy rate would be 35% higher and the rate among teens would be 42% higher. n By helping women avoid unintended pregnancies, public funding for Contraceptive services in 2010 resulted in net public savings of $ billion ($ billion of which is attributable to ser- vices provided at Title X clinics), or $ for every dollar spent providing Contraceptive care.

7 Finer, Rachel B. Gold and Adam Sonfield for reviewing Suggested citation: Frost JJ, Zolna MR and Frohwirth L, drafts of the report and tables. Contraceptive Needs and Services, 2010, New York: Guttmacher Institute, 2013, < This research was supported by the Office of Population pubs/ >. Affairs, Department of Health and Human Services, under grant FPRPA006050. The Guttmacher Institute also The Methodological Appendix can be found at <http://. gratefully acknowledges the general support it receives >. from individuals and foundations including major grants and the county tables at < from The William and Flora Hewlett Foundation, the David pubs/ >. and Lucile Packard Foundation and the Ford Foundation . which undergirds all of the Institute's work. Background Millions of women need ongoing access to contra- Since the 1970s, the Guttmacher Institute has made peri- ceptive care so that they can plan the size and timing of odic estimates of their families.

8 The availability of a wide range of contra- the number of women in need of Contraceptive ceptive methods helps to ensure that women can find a services and supplies, focusing on the Needs of teenag- method that works best for their personal situation and ers and poor or low income adults;1 9. current stage in life. However, many women cannot afford the publicly supported services available to these wom- to pay for Contraceptive methods and related services on en and the number of women who receive public-sector their own, especially because some of the newer hormon- Contraceptive care;10 13. al and long-acting methods that are most effective at pre- the impact that providing publicly supported contracep- venting unintended pregnancy are also some of the most tive care has on preventing unintended pregnancies and the unplanned births and abortions that would follow;14 18.

9 Expensive. A large network of publicly supported provid- and ers, including those that are funded through the federal t he cost savings that accrue from providing women the Title X family planning program, the only national program Contraceptive services they want and need to prevent dedicated to providing subsidized Contraceptive services unintended pregnancies, many of which would other- to poor and low-income American women, has long been wise result in Medicaid-funded 18. the key source of Contraceptive care for adolescents and poor and low-income women. Each year, this network This report provides updated 2010 estimates of contracep- serves millions of women and helps to prevent hundreds tive Needs and services in the United States and of the of thousands of unintended pregnancies, unplanned births impact that publicly funded services in particular have on and abortions.

10 Understanding the size of the population preventing unintended pregnancy and increasing public in need of this care and the current ability of providers to cost savings. Many of these estimates are available at the meet women's Contraceptive Needs is crucial for the plan- national, state and county levels. The following text high- ning and design of improved health care delivery systems. lights the national-level findings and trends and includes summary national and state tables. Detailed state-level tables are included as an appendix to this report, and similar county-level tables are available for each state and can be found at < >. Guttmacher Institute 3. Methodology Women in Need of Contraceptive Services for all agencies and clinics that provided publicly funded And Supplies family planning services in the 50 states and the District of Columbia using a methodology and definitions similar We estimated the number of women in need of con- to those used in previous 13 For each clinic, we traceptive services and supplies and in need of publicly collected the total number of female Contraceptive clients funded services and supplies for 2010 using three data served in 2010, the number of those clients who were sources: younger than 20 and the clinic's Title X funding status. 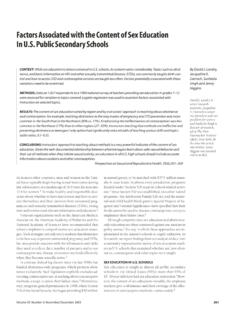 Factors Associated with the Content of Sex Education In U ...

262 Perspectives on Sexual and Reproductive Health A 1998 survey found signiﬁcant regional differences in school district policies on whether sex education should be taught and, if so, how abstinence and contraceptive meth-

Unintended Pregnancy and Induced Abotion in …

likely to suffer debilitating health consequences. The risk of complications is tied to how an abortion is performed and by whom An estimated one in every three abortions is induced through the drug

Maternal and newborn health services protect the health of women and babies by providing routine antenatal, delivery and postpartum care, as well as emergency care for complications, postabortion care and newborn care.5 Together, they have been the focus of major international donor initiatives, particularly as progress has fallen short ...

Adding It Up: Investing in Contraception and … 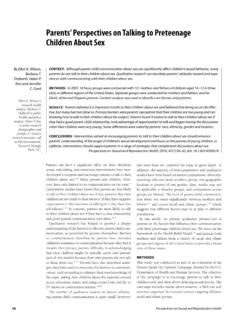 parents’ understanding of the stages of children’s sexual development and focus on the parents of young children. In addition, interventions should support parents in a range of strategies that complement discussions about sex.

Demystifying Data: A Guide to Using Evidence to Improve ...

Parental Consent for Abortion and the Judicial Bypass ...

Parental Consent for Abortion and Judicial Bypass in Arkansas 170 Perspectives on Sexual and Reproductive Health hard-to-measure differences between legal jurisdictions. Second, do minors who obtain an abortion through a

A Definition of Comprehensive Sexuality Education 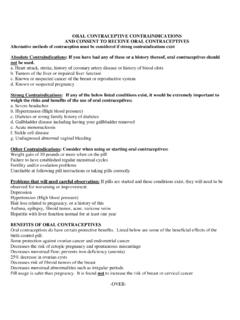 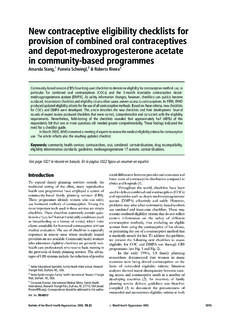 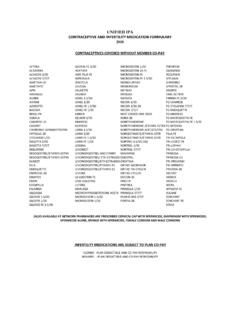 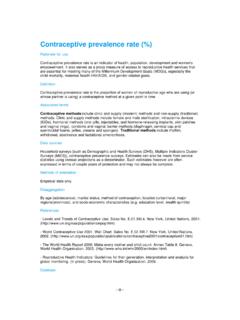 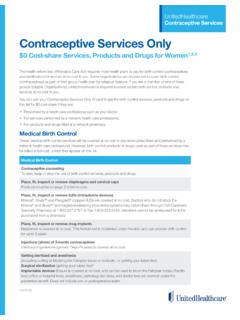 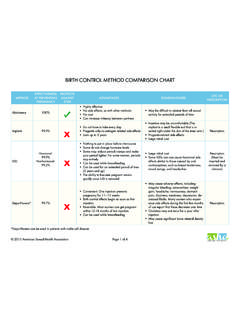 % of Women Continuing Use at One Year Method …

Women, Continuing, Of women continuing use at one