2 This book has been written for controls students at Cal Poly quite simply to save them money. There are many, many good controls books available, but they have, in my opinion, three flaws. 1) They are very expensive. 2) They are rather reference books than a basic, first book what one needs when first approaching the subject. Thus we have found at Cal Poly that we buy a book for a lot of money and then use only a small part of it. It is not that the parts that we don't use don't have any value. They do. But one doesn't need to buy a complete reference book to understand the basics and the essentials of a topic.

3 3) They are highly mathematical. Controls is a very mathematical topic, perhaps the most heavily laden mathematically in mechanical Engineering . There are many good engineers in industry that are not particularly adept at mathematics, who practice Engineering with as much intuition and common sense as mathematical adeptness. A mathematical approach to controls loses sight of this, leaves many people behind, and does not take advantage of the fact that this topic also makes a lot of sense, a lot of common sense. Thus the approach taken here is to include what math is necessary but to appeal to common sense and intuition whenever possible.

4 With today's modeling tools . read here Matlab/Simulink a great deal of the math can be skipped and replaced with model building, to pose and answer questions that start with What would happen if we ? In addition it has always been my conjecture that what we have developed at Cal Poly in our controls lab would also be very useful to controls engineers in industry. Our lab, while not unique, is very rare. It brings controls down to earth and teaches controls engineers how to deal with real Systems , how to model them and then tune the models, and how to set up and tune PID controllers for real Systems .

5 These are the essential skills that a controls engineer must have to operate in industry. In my experience in academia, these essential skills are not often taught. Controls students have their heads filled with mathematics, indeed the mathematics of complex numbers, but then they are not given even a starting notion of how such knowledge is applicable in the real world. This book focuses ever on the real world of controls in industry. It tries never to lose sight of that goal and tries to avoid the alluring trap of mathematical elegance and indeed mathematical snobbishness that seems common in the field of academic controls.

6 So the book has also been written for industrial practitioners of Control theory who need to understand the topic and then bring into play to their advantage. The other influence that led me to write this book was the three years I spent teaching controls in Germany, two years at the Munich University of Applied Sciences and one year at the Karlsruhe University of Applied Sciences. In Germany textbooks are rare. Rather students work from a script, a collection of the professor's notes organized and printed for student use. This book is really a script, a collection of my notes from teaching controls over the past decade.

7 Though writing a book is a lot of Preface 1 Preface work, it's common practice to have short, directed scripts at low costs for poor students. So I thought, why don't we do the same at Cal Poly? We have lots and lots of experience teaching controls, so we should be able to come up with a good script. Besides, with our involvement in our laboratory, we have already demonstrated that we can come up with a high quality document for teaching the lab portion of the course. Thus it is my hope that students will benefit from this practical approach to controls just as they are assuredly benefiting from saving almost $200 (in 2010).

8 And I hope that this script serves as an example of what could be done in other courses at Cal Poly if professors would take their hard won experience, collect it, and make it available at low cost to those eager to learn but without a lot of money to buy expensive reference books. This does not mean that one shouldn't buy the expensive reference books. Maybe one needs them in his or her work. But at that stage, one has the means to buy them or one's company will buy them when there is a need. The use of Matlab/Simulink It is hard nowadays to envision practicing controls Engineering without Matlab/Simulink.

9 The employment of this software in analyzing Systems and designing controllers indeed now in running real controllers in physical Systems is de rigueur. This text does not include a tutorial in learning Matlab/Simulink. That's available online or with the software. It is assumed that the reader has some knowledge of this software. Problems are posed in the text that directly direct the student to use this software. Occasionally tips are given in specific applications that illustrate the utility of a particular Matlab command or Simulink procedure. If the user's knowledge of this software is not at a level where these references to it make sense, he or she should explore the software a bit, researching its help facility for background knowledge.

10 Controls requires knowing about only a tiny bit of Matlab and Simulink. So the reader is not required to do any extensive foundation building in order to be effective with Matlab/Simulink in his or her study of the subject. Acknowledgements Wow, how did a hillbilly guy from a lawyer family in Mississippi ever get to the point that he could sit down and write a controls book almost directly out of his head? Well, if I told that whole story, that'd be a book in itself. Lots of hard won experience but also lots of help along the way. It's always been my contention that when bestowing thanks, we never go far back enough. 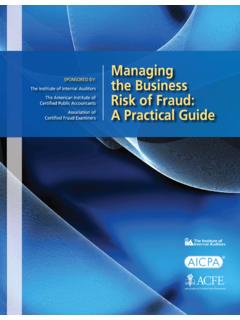 5 Managing the Business Risk of fRaud: a PRactical guide Fraud is any intentional act or omission designed to deceive others, resulting in the victim suffering a

An Anti-Corruption Ethics and Compliance Programme for ...

4 A practical guide to implementing IFRS 10 Consolidated Financial Statements. New control model. The new control model under IFRS 10 is based on the existence of three elements of control.

Practical Approaches to Teaching Sound and Light at KS2

Welcome to the Crypt Teaching School training session. The focus of this session is on practical (and hopefully enjoyable!) classroom activities for teaching sound and light. 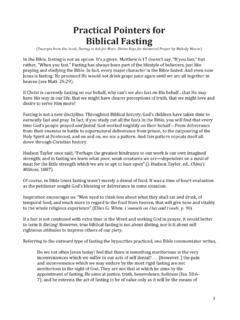 1 Practical Pointers for Biblical Fasting (Excerpts from the book, Daring to Ask for More: Divine Keys for Answered Prayer by Melody Mason) In the Bible, fasting is not an option. It’s a given. Matthew 6:17 doesn’t say, “If you fast,” but 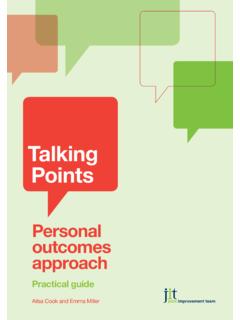 5 Preface In recent years there has been a growing commitment across the health and social care system to focus on the outcomes important to people using services and support and their carers.

The National Reading Panel Report Context: It is the 1990s and dark shadows lie across the land of reading education. Time and other news magazines begin referring to …