Controlled Foreign Corporation Tax Guide Under limited circumstances, a U.S. person can be a shareholder of a foreign corporation who is not required to pay U.S. income taxes on the income of the corporation until that income is

6 "Constructive ownership" is the same as attribution but it is usually applied with respect to entities in which the taxpayer has some control or beneficial interest. A beneficiary of a trust or estate is deemed to own a portion of any stock owned by the trust or estate, based on the rights of the beneficiary with respect to distributions from the trust or estate. A 50 percent or more shareholder of a Corporation or 50 percent or more partners in a partnership are deemed to have a proportionate interest in stock owned by the Corporation or partnership. Thus, ownership of a Foreign Corporation is derived from the direct ownership of the taxpayer plus any indirect ownership arising from the attribution and constructive ownership rules. With respect to Foreign corporations, these rules are insanely complicated and this is the shortest explanation without getting involved in the maze of code sections relating to this subject.

7 However, these terms will be further discussed below in connection with the explanation of "subpart F" income . Description of Subpart F income Subpart F income is defined under IRC Sections 952 - 954. The following is a general summary of the income that is classified under subpart F. Basically, " source income " means income derived from conducting a trade or business in the , income from services performed in the and income from property located in the It also includes dividends on the stock of corporations and interest on bonds or other evidences of debt from sources. (There are exceptions of course.). There are two categories of "subpart F income " that are discussed below, but the following are the five categories listed in IRC Section 952: (1) insurance income as defined at IRC Section 953.

9 Foreign personal holding company income is basically income from passive investments such as interest, dividends, certain rents, royalties and capital gains. " Foreign base company sales income " is defined by IRC Section 954(d), which provides the exact definition. However, it generally includes income from selling personal property purchased from a related person or sold to a related person. For this purpose, a "related person" is an individual, Corporation , partnership, estate or trust that controls the CFC or is Controlled by the CFC. With respect to a partnership or Corporation , "control" means more than 50 percent. The phrase "related person" is defined in IRC Section 958 but that takes you through a maze of code section cross-references and exceptions.

10 Basically, a related person includes a spouse, children, grandchildren or parents (see IRC. Section 318) and any estate or trust in which the person is a beneficiary. It also includes any Corporation or partnership that is owned 50 percent or more by the taxpayer or which owns 50. percent or more of a Corporation or partnership. It does NOT include an individual who is a non-resident aliens even if that individual is related to the taxpayer. [IRC Sections 958(b)(1) and (4).]. The "bottom line" of these confusing rules is that income from a trade or business conducted entirely outside the is not subpart F income unless a "related" party is involved. For example, assume shareholders own a Bahamian-domiciled company. If the Bahamian company buys "widgets" from unrelated sources and sells them to unrelated sources, such income is not subpart F income and the profits (if any) are tax-deferred to the shareholders until they are distributed as dividends. 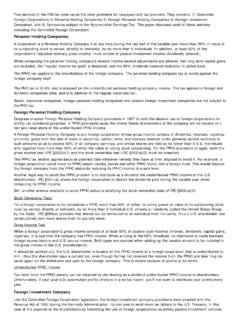 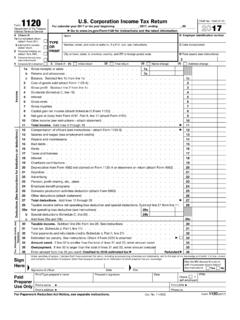 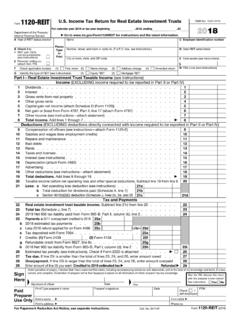 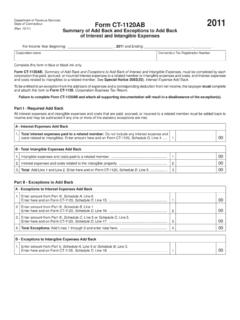 Form CT-1120AB (Rev. 12/11) Page 4 of 6 Schedule D - Exception for Interest Paid to a Related Member Located in a Country With Which the U.S. Has a Comprehensive

1 . SUMMARY OF CHANGES IN CURRENT UPDATE . Sections of the Financial Reporting Manual have been updated as of December 1, 2017. These sections have been marked with the date tag, “Last updated: 12/1/2017,” to 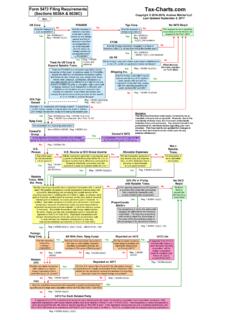 No No Yes No Yes Yes No Tax-Charts.com Copyright © 2016, Andrew Mitchel LLC Last Updated June 6, 2016 Disclaimer This flowchart has been extensively reviewed to be as