Corporate governance : Theory and Practice Dr. Malek Lashgari, CFA, University of Hartford, West Hartford, CT. ABSTRACT. Various theories and philosophies have provided the foundation for the development of alternative forms of Corporate governance systems around the world. Furthermore, as economies have evolved through time it appears that Corporate executives have deviated from the sole objective of maximizing shareholders' wealth. Owners of the capital have responded to these forces for the purpose of preserving their wealth and earning a reasonable return on their invested capital. Whereas internal Corporate control, external financial market forces, and institutional investors' responses have been effective in securing shareholders' wealth, legal protection needs to be provided for them.

1 Corporate governance : Theory and Practice Dr. Malek Lashgari, CFA, University of Hartford, West Hartford, CT. ABSTRACT. Various theories and philosophies have provided the foundation for the development of alternative forms of Corporate governance systems around the world. Furthermore, as economies have evolved through time it appears that Corporate executives have deviated from the sole objective of maximizing shareholders' wealth. Owners of the capital have responded to these forces for the purpose of preserving their wealth and earning a reasonable return on their invested capital. Whereas internal Corporate control, external financial market forces, and institutional investors' responses have been effective in securing shareholders' wealth, legal protection needs to be provided for them.

2 INTRODUCTION. As a legal entity, a corporation enters into contracts to produce goods and services and it has the right to own property. Furthermore, the firm can borrow from various lenders and raise cash by issuing shares of its ownership. Shareholders would not only benefit from the earnings generated by the corporation, but by electing members of the board of directors they could indirectly oversee actions undertaken by the managers. These managers, as agents of the shareholders, are expected to perform for the best interest of the owners of the corporation. Corporate managers can add value to common stockholders without decreasing the welfare of the other Corporate stakeholders.

3 For example, borrowing a portion of the capital that is needed for financing activities of the firm, would lead to a higher return to common stockholders. This is because borrowing is generally inexpensive for the firm in the face of taxation benefits available to business enterprises. Executive decisions may result in a transfer of wealth from one group of shareholders to the other. For example, by undertaking risky investment projects, greater rewards may be available to common stockholders without any such benefits to bondholders, except for suffering from excessive risk. Corporate managers can also destroy wealth. History tells us numerous examples in which actions undertaken by Corporate executives have resulted in bankruptcy of the firm.

4 The managers of a business enterprise, however, could add value for all Corporate stakeholders including owners of the capital, labor, and the society at large. This would be a case of Pareto optimality in which the welfare of some group is increased without any decrease in benefits to the others. THE Theory OF Corporate INTERNAL CONTROL. Corporate governance is concerned with managing the relationship among various Corporate stakeholders. Roe (1994), states that the American Corporate governance system emerged as a result of both economic evolution and its democratic philosophy. In effect, the government by deliberately weakening commercial banks gave Corporate managers excessive power.

5 Banks were prevented from becoming Corporate shareholders, let alone a large shareholder. laws further restrained activities of large shareholders. In this manner, the profile of the American Corporate shareholding became as widely dispersed as possible. The idea, as expressed by the Coase Theorem, was that in this manner management would need to get the agreement of numerous dispersed shareholders, and thereby act in the best interests of them all. The political view on Corporate governance was based on the belief that banks, as lenders to the corporation, should not be able to affect the payoffs to common stockholders. The modern view on Corporate governance , as expressed by North (1994), depicts formal and informal contractual agreements among Corporate stakeholders.

6 These may include the payoff structure for suppliers of capital such as stockholders and lenders, the incentive structure for Corporate managers, and the organizational structure for maintaining an effective balance in bargaining power of employees of the corporation. This humanly designed organizational structure would involve transaction costs for maintaining and enforcing agreements. The neoclassical view assumes that institutions do not matter. Modigliani and Miller (1958), for example, hypothesize that assuming that the investment policy of the firm is known to the market, its total market value would The Journal of American Academy of Business, Cambridge * September 2004 46. be independent of the mix of debt and equity that is used in financing the firm's assets.

7 In particular, the firm's structure of capital claims would not affect its overall cost of capital. As a consequence, investment and financing decisions of the firm would remain independent of each other. In this manner, Corporate governance structure of the firm would not contribute to creation of value for shareholders. In contrast to the neoclassical view, Williamson (1988) states that the debt and equity are not mainly alternative financing instruments, but rather an alternative governance structure. Furthermore, whether a project should be financed by debt or equity depends principally on the characteristics of the assets. Re-deployable assets could be financed by debt, while projects that are not re-deployable should be financed by equity.

8 Furthermore, Jensen and Meckling (1976), and Meyers (1977), state that capital structure affect the nature of income to be distributed between the suppliers of the capital. Since bondholders and stockholders are jointly sharing the risk of the firm, maximizing shareholder wealth may not be in line with maximizing the total value of the firm. In addition, the incentive structure of the Corporate decision makers can play a significant role on the mix of debt and equity used in financing the firm's assets, and on its capital investments. History shows that managers can create and add value to the firm by proper investment and financing decisions, or they may transfer and redistribute Corporate wealth among the stakeholders, as well as destroying shareholders' wealth.

9 In effect, investment, financing, and the distribution of business profits are all integrated with each other rather than being independent. Corporate governance IN Practice . Common stockholders have the right to elect their representatives on the board of directors of a corporation. Members of the board of directors assume the responsibility of monitoring, directing and appointing the firm's managers. In this manner disperse shareholders are potentially empowered in setting direction, monitoring performance, and controlling distribution of profits of the corporation. In particular, this internal control mechanism is purported to integrate the interests of common stockholders and the executive managers of a corporation by rewarding good Corporate performance.

10 The board of directors has the right and responsibility to remove poorly performing managers. Historically, dissatisfied shareholders have walked away from the corporation by selling their shares at depressed prices and thereby incurring losses. Alternatively, major shareholders either through hostile actions, investor activism, or a friendly approach, relationship investing, have pursued their objectives of monitoring Corporate managers. Furthermore to the extent Corporate laws permit, competing managers would remove incompetent ones and take over poorly performing firms. These aforementioned actions collectively are purported to add value for the existing shareholders. The business judgment rule followed by the courts, has kept the courts out of Corporate decisions. 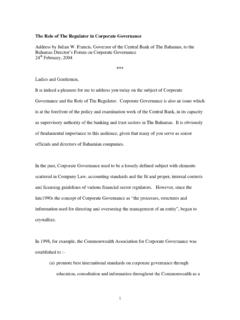 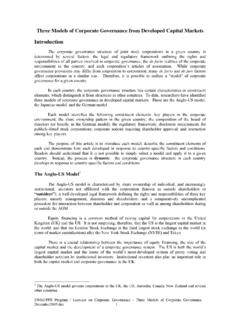 A review of corporate governance in UK banks and … 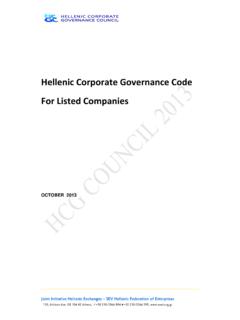 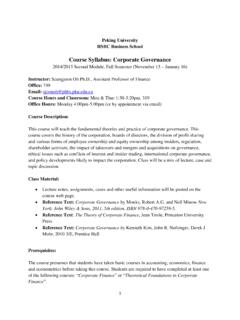 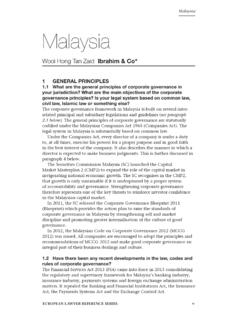