2 Cavanagh is a senior research associate in global This report was sponsored by the Department of Homeland Corporate citizenship at The Conference Board. He was the author of Security . It summarizes information that was originally published Corporate Security Management: Organization and Spending Since in a series of reports released by The Conference Board in 2003. 9/11, a study which received widespread media coverage in 2003. and 2004, as follows: While at The Conference Board, he has also authored Community Connections: Strategic Partnerships in the Digital Industries, a study Corporate Security Management: Organization and Spending Since of Corporate partnerships to over-come the digital divide, and 9/11 (Research Report No. 1333). This study was sponsored by ASIS. Corporate Community Development: Meeting the Measurement International, and reported the results of surveys of 199 Security Challenge, a study of the returns on Corporate investments in directors, 52 risk managers, and 80 IT Security officers.

3 Over community economic development projects. He was the lead author 50 percent of each sample was derived from companies with of After September 11th: The Challenge Facing American Business and $1 billion or more in annual sales. of The Conference Board's series of executive action reports on Managing Corporate Security in Mid-Markets (Executive Action Corporate Security in a Time of Crisis. Report No. 67). This report presented more detailed information on mid-market companies from the research project described above. acknowledgments Security in Mid-Market Companies: The View from the Top (Executive Action Report No. 102). This study was sponsored by the Department of Homeland Security . It reported the results of The author wishes to thank Mary Jacobson, Clayton Shedd, a survey of 96 senior managing executives (primarily CEO's, Ana Da Silva, and David Vidal of The Conference Board for presidents, and chairmen) from mid-market companies, defined as organizing the senior executive roundtables held in 2004, and companies with annual revenues between $20 million and $1 billion.

4 Nancy Wong, Richard Cooper, James Plehal and Marie Vachon of the Department of Homeland Security for participating in the Security in Mid-Market Companies: Tackling the Challenge (Executive roundtable sessions. We also wish to thank Meredith Whiting of Action Report No. 119). This study was sponsored by the The Conference Board for assisting with the research in 2003, Department of Homeland Security . It summarized the discussion and Ronald Berenbeim of The Conference Board for assisting with at senior executive roundtables that were convened in Atlanta and the drafting of this manuscript. Cleveland in June, 2004. 4 Keeping the Talent Pipeline Filled in the Energy and Utility Industries The Conference Board Key Findings Corporate Security has become a high-profile issue since the events of September 11, 2001 exposed America's vulnerability to terrorist attack. Because over 80 percent of America's critical infrastructure is managed by the private sector, Corporate Security managers have an essential role to play in the protection of key industries and the people who work in them.

5 In the wake of September 11, many companies reviewed Larger companies have been increasing their spending their Security operations. The events of that day made on Security and adding to their Security staff more clear that Security was not merely a matter of protecting rapidly than smaller companies, accentuating a gap employees and facilities from physical harm. A terrorist in Security readiness that was already present. attack on a major business district could disrupt opera- tions, inhibit travel, snarl supply chains, and pose major The findings presented in this report summarize the strategic issues for the conduct and even the survival of results of three separate research projects undertaken a multinational business. by The Conference Board since 2002: CEO's were often dismayed to discover that the Security A survey of 199 Security directors, 80 IT Security officers, and 52 risk managers in late 2002 and early 2003, function was highly decentralized and widely dispersed supplemented by four in-depth case studies, sponsored through their companies' management structures, making by ASIS International.

6 Accountability and coordination difficult. While there has been some movement toward greater coordination of the A survey of 96 chief executives of mid-market companies in the spring of 2004, sponsored by the Department Security function since 9/11, it remains decentralized in of Homeland Security . most companies. The discussion at two regional forums of mid-market Corporate executives held in Atlanta and Cleveland in Larger companies have been more successful than June, 2004, sponsored by the Department of smaller companies in coping with the challenges posed Homeland Security . by the new Security environment. In general, smaller companies appear to be having difficulty finding the resources they need to upgrade their Security operations. Corporate Security Measures and Practices The Conference Board 5. Organization of the Security Function Spending Patterns Despite having strategic implications for business Corporate Security spending has clearly increased since management, Security is still being treated as an 9/11, but the increases have been unevenly distributed.

7 Operational concern by most companies in the United States. About half of companies report a permanent increase in Centralization, coordination, and strategic management the level of Security spending, with companies in the critical of the Corporate Security function are still relatively unusual. industries leading the way. Security management tends to be decentralized in most The median increase in total Security spending in the year large companies with responsibilities clustered into three following 9/11 was only 4 percent, but this figure disguises distinct categories: (1) physical Security (protection of a wide range, with 7 percent of companies stepping up personnel, goods, and facilities); (2) IT Security (protection their Security spending by 50 percent or more. Larger, of data and communications); and (3) risk management multinational companies reported larger increases than (insurance and other financial issues).

8 Smaller, domestic companies. The median increase for companies with annual revenues over a billion dollars was High-level reporting and accountability are still the percent compared to percent for firms with annual exception rather than the rule, especially in larger companies, where silo problems are more deeply revenues below that level. However, smaller companies entrenched. Security responsibility is more streamlined pay a larger share of their sales volume for Security . and decentralized in smaller companies, where Security Insurance and risk management was the area showing the executives are more likely to report to the top management. most dramatic increase in spending, with a median increase of 33 percent in 2002. Fully one-fifth of companies report In terms of salary and executive level, IT Security is the most that their spending on insurance has at least doubled prestigious Security portfolio, although it is often simply an extension of the IT operation.

9 Risk management is generally since 2001. The increase in insurance costs has been part of the financial management of the company. The concentrated among companies in the critical industries. position of Security director is the lowest-ranking and tends Companies in the Northeast Metro region reported to be focused on issues of physical protection. Most Security bigger increases in spending on Security and risk executives serve below the vice presidential level and earn management than companies in the rest of the less than $150,000 per year. The traditional emphasis on United States. physical protection is reflected in the recruitment of Security directors from law enforcement and the military. Preparedness and Business Continuity Smaller companies (less than 1000 FTE's) are less likely to have written Security guidelines and procedures in place to handle Security challenges. Defining Critical Industries Smaller companies are less prepared for emergencies.

10 Larger companies are more likely to have backup storage Following the usage of the Department of Homeland at an off-site location, conduct a risk assessment or audit Security , critical industries are defined as the following: of vulnerabilities, have Security checkpoints, and regularly transportation; energy and utilities; financial services; media test their disaster recovery and business continuity plans. and telecommunications; information technology; and health- care. Remaining industries are classified as non-critical. The risk of business interruption is greater for smaller companies because relatively few of them have established off-site emergency operations centers. 6 Corporate Security Measures and Practices The Conference Board Patterns of Organization Despite raised expectations and heightened visibility, Corporate America is undergoing an evolution rather than a revolution in the management of Security concerns.

Vendor Registration Click on the vendor to be directed to the necessary registration information. Corporate Registration Air by Pleasant All About Hawaii

CUSTOMER GUIDE Services Offered by the … 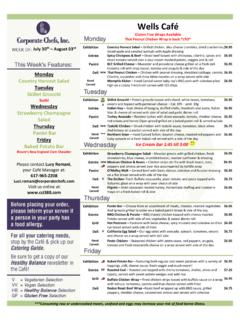 Declaration: [forCorporate]: IANe have read the terms and conditions applicable to Bank Of Baroda e-BankingCõrporate services and agree to them, I/we am/are aware that the of Bank of Baroda e-banking Corporate is governed by the terms and