Corrosion behaviour of aluminium in marine …

148 Alcan Marine 2. CORROSION BEHA-VIOUR OF ALUMINIUM UNDER CONTROL OF THE NATURAL FILM OF OXIDE Aluminium owes its …

2 157. 8. Role and prevention of marine fouling .. 157. 9. Effects of welding and design arrangements .. 159. Effect of welding .. 159. Effect of design arrangements .. 159. 10. Sensitivity to Corrosion of aluminium alloys in marine applications .. 159. Choice of alloys for marine applications .. 159. Sensitivity of 5000 series alloys to intercrystalline Corrosion .. 160. 11. Corrosion tests .. 162. Exfoliation Corrosion testing .. 162. Test for intercrystalline Corrosion of the 5000 alloys .. 163. Test for intercrystalline Corrosion of the 6000 alloys .. 163. Alcan marine 145. 145. 10. Corrosion behaviour OF. T HE marine ENVIRONMENT. highly aggressive towards most materials, as amply demons- is Based on our very long experience of aluminium 's Corrosion behaviour in marine atmospheres and in sea perhaps to prevent disappoint- ments and avoid unnecessary protection. trated by the dilapidated state of water [1], we can now assert that old ships and wrecks (whether the service life of aluminium in Even though, around the middle made from wood or steel) that can marine environments will be excep- of the 20th century, metallurgists be seen lying abandoned around tionally long and can be measured and Corrosion specialists per- our coasts.

3 In decades!!! We can truly claim fected alloys that are intrinsi- that aluminium is the metal of the cally resistant to Corrosion in There are few metals capable of sea of the modern age. marine environments the alu- withstanding this hostile environ- minium-magnesium alloys that ment unprotected. Bronze is one Although this evidence is now belong to the 5000 series cases of these metals, and in museums widely accepted, the issue of the of Corrosion still occur now and around the Mediterranean we may resistance of aluminium to corro- then. An examination of these admire statues recovered from the sion in marine applications is cases shows that very often the ancient wrecks which they once important enough to merit a cause of the Corrosion lies in the adorned and which have lain sub- digression of some length and design of the structure and in merged in the sea for centuries, detail to review a number of service conditions to which alu- even millennia.

4 Basic principles and in doing so minium is not suited. TRICAT 50. Alcan marine 146. 146. aluminium IN marine ENVIRONMENTS. 1. CHARACTERISTICS. southern hemisphere have a virtu- ally uniform total salinity, 32 to 37. , including 30 of sodium course the polluting elements modify the corrosivity of sea water vis vis aluminium (2). OF marine ENVI- chloride or salt . RONMENTS The salinity of enclosed or isolated seas can be very different from Sea atmosphere A distinction must be made that of the great oceans, and may between sea water and sea vary seasonally down the year. The The aggressive nature of sea air is atmosphere. Baltic for example has a total salin- aggravated by moisture and sea ity of 8 , the Black Sea 22 , spray consisting of very fine dro- the Mediterranean 41 and the plets of sea water borne on the Sea water Persian Gulf 57 [2]. wind. The effect of sea air depends on the direction and strength of The sea is a liquid medium that The hostility of sea water to met- the prevailing winds, and is greatly contains the following substances als and other materials is due to its diminished at a distance of a few in equilibrium: abundance of chlorides Cl.

5 Kilometres inland. dissolved mineral salts, some 30 to 35 g per litre, Experience and the results of cor- dissolved gases, including 5 to 8 rosion tests show that alu- ppm (1) oxygen, minium's resistance to Corrosion is living organisms, the same whatever the sea or decomposing organic matter, ocean. Comparative tests carried mineral matter in suspension. out on the same alloys submerged in the North Sea (16 to 17 chlo- This mix forms a very complex rides, annual temperature variation medium in which the influence of 0 to 18 C) and the Arabian Gulf each individual factor, whether (26 to 34 chlorides, annual (1) ppm = parts per million or chemical (composition), physical temperature variation 17 to 30 C) (2) The diluted sea water in river (temperature, pressure) or biologi- show that there is no significant estuaries is usually more aggressive to materials, including aluminium , than cal (flora and fauna), on the resist- difference between the two sites water off shore.

6 This paradox can be ance to Corrosion of metals can be despite their difference in salinity explained in various ways: the neither truly isolated nor sepa- (ratio of 1:2) [3]. precipitations of calcium and magnesium carbonate which deposit a more or less rately quantified. protective film on the metal do not occur The Corrosion behaviour of alu- in diluted sea water. Biological activity is The great oceans the Atlantic, minium may change when the slower. Domestic or industrial wastes modify physical-chemical balances and the Indian and the Pacific which water in a port is polluted by urban may themselves contain corrosive connect with one another in the or industrial waste, provided of agents. LIVING QUARTER. Alcan marine 147. 147. 2. Corrosion BEHA- 3. INFLUENCE. 4. INFLUENCE. VIOUR OF THE PH OF ALLOYING. OF aluminium ELEMENTS. UNDER control The rate of dissolution of the oxide OF THE NATURAL film is determined by the pH of the Some alloying elements of alu- FILM OF OXIDE environment (figure 123).

7 It is very minium alloys actually reinforce fast in acid and alkaline media and the protective character of the nat- aluminium owes its excellent cor- slow in media that are close to pH- ural oxide film, while others rosion resistance to the presence neutrality (pH 5 to 9). The oxide weaken it. The former include on the metal of a permanent film film is therefore very stable in sea magnesium, whose oxide (magne- of natural oxide that consists of water whose pH is 8 sia) combines with the alumina to alumina (Al2O3) and makes the enhance the protective properties metal passive to the environ- Contrary to widespread belief, the of the natural oxide film, account- ment. pH is not the only criterion that ing for the remarkable Corrosion must be taken into account when performance of magnesium alloys Although it is extremely thin, predicting the behaviour of alu- in the 5000 series: 5754, 5083, between 5 and 10 nanometers (3), minium in an aqueous environ- 5383, 5086 etc.

8 The oxide film forms a protective ment the nature of the acids or barrier between the metal and the bases also plays an essential part. Copper on the other hand is one of surrounding environment as soon This is very important when the elements that weaken the pro- as the metal comes into contact selecting a cleaning or pickling tection provided by the oxide film, with an oxidizing medium such as product for aluminium . which is why the use of copper atmospheric oxygen or water. The aluminium alloys in the 2000. film forms within about one thou- Thus while hydrogen acids such as series and those belonging to the sandth of a second and can even hydrochloric and sulphuric are very 7000 series with added copper is form under oxygen pressures as aggressive towards aluminium not advisable in marine applica- low as 1 millibar. (the more so in a strong solution), tions unless special protection is concentrated nitric acid has no provided.

9 The physical-chemical stability of effect on aluminium (4) and can be the oxide film is therefore key to used in concentrations stronger aluminium 's resistance to corro- than 50% to pickle aluminium and sion, and depends on the charac- its alloys. Organic acids only have teristics of the environment, such a very moderate action on alu- GANGWAY. as its pH, and on the composition minium. of the alloy itself. This is equally true in alkaline envi- ronments caustic soda and potassium attack aluminium fiercely, whereas the effect of con- SOLUBILITY OF ALUMINA centrated ammonia is much less severe. The same applies to pH of sea water organic bases. Log (V) -2 -1.. 1..h 0. -1 Alkaline dissolution -2 in AlO2- Acid dissolution Alcan marine -3. in Al3+. (3) 1 nanometer = one thousand 0 2 4 6 8 11 12 14 millionth of a metre (10-9 m). (4) Its oxidizing function even reinforces 148. 148 the oxide layer very slightly. Figure 123. 10.

10 Corrosion behaviour OF aluminium IN marine ENVIRONMENTS. 5. FORMS OF ALUMI- Pitting Corrosion during sheet metal working, fold- ing or welding operations provide ideal pockets where pits can NIUM Corrosion This very localised form of corro- develop during the first few weeks sion is common to many metals of immersion in sea water. This section only deals with the (figure 124) and is characterised by forms of Corrosion that might be the formation of cavities in the What is important for the user is to found in marine environments on material. The diameter and depth know the rate at which the pits wrought alloys of the 1000, 3000, of the cavities vary depending on a deepen once they are initiated. 5000 and 6000 series, and on the number of parameters inherent in Unlike other metals, zinc, silicon casting alloys (40000) or either the metal itself (type of whose Corrosion products are sol- magnesium casting alloys (50000).) 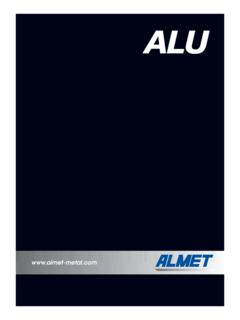 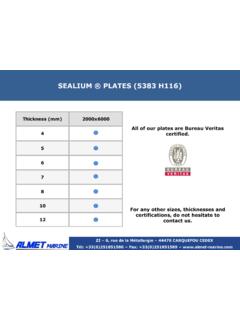 SEALIUM ® PLATES (5383 H116) All of our plates are Bureau Veritas certified. For any other sizes, thicknesses and certifications, do not hesitate to

7 | Humidification Load Calculation Moisture Stability When air is heated the relative humidity will decrease. When this occurs the rate at which water 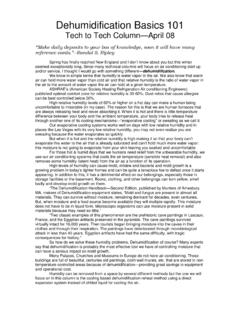 Dehumidification Basics 101 Tech to Tech Column—April 08 “Make daily deposits to your box of knowledge, soon it will have many reference cards.”--Randal S. Ripley

-3-1. Short title, Extent and commencement:- (1) These regulations and directions may be called the New Okhla Industrial Development Area Building Regulations and Directions. 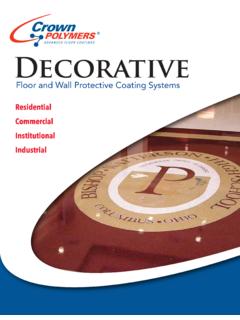 How air conditioning works The essential ingredients in an air conditioning system are a fan to blow air around, a cold surface to cool and dehumidify the air, a warm surface and a source of water vapour. 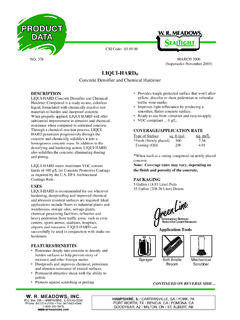